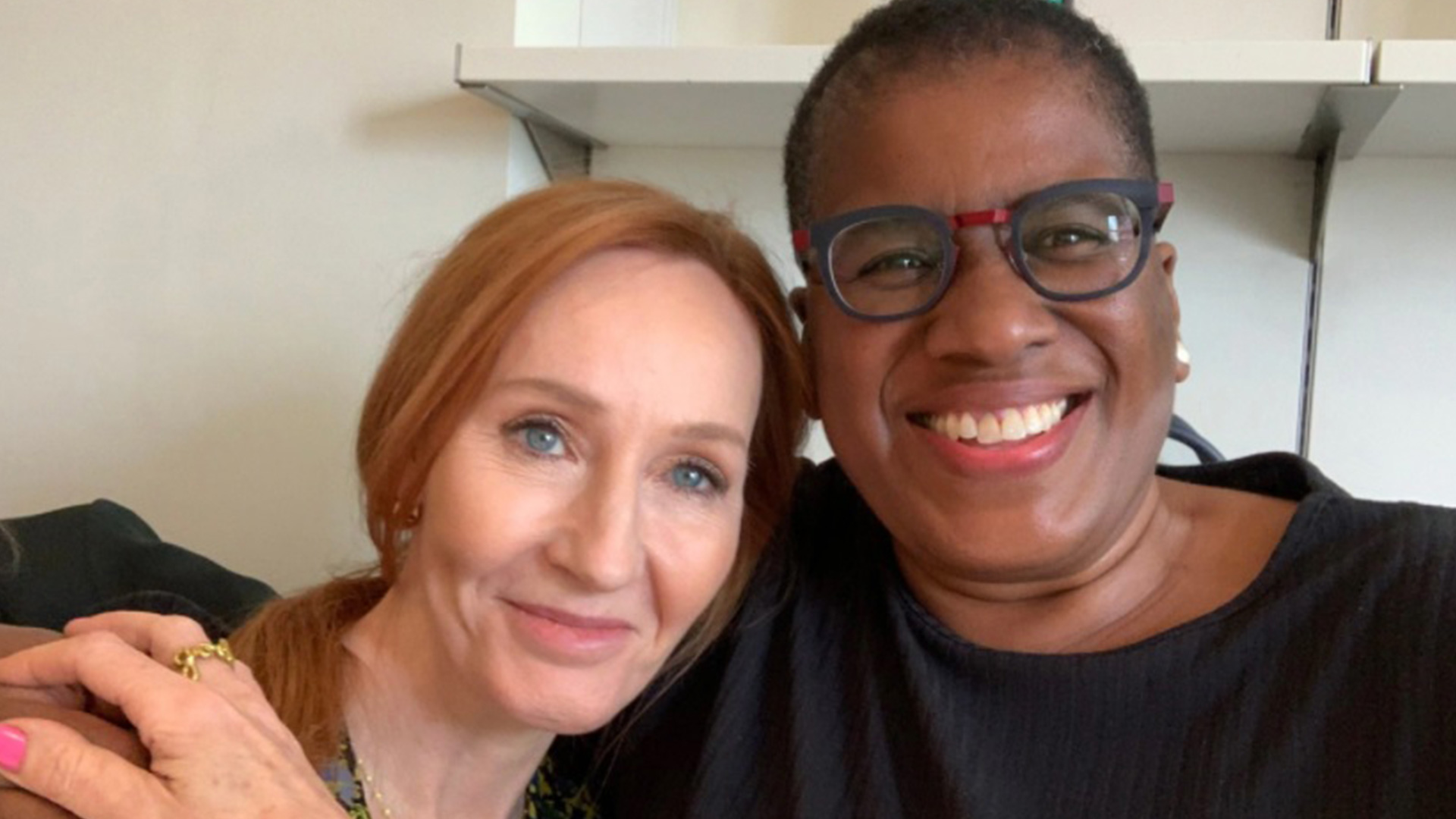 YOU have to be an impressive ­person for Harry Potter author and all-round legend JK Rowling to ­consider you a heroine.

Not only did Rowling revolutionise reading for hundreds of millions of young people around the world, but she has almost single-handedly taken on vicious trans rights bullies recently.

Through the ongoing battle with extremists — who have tried to silence the author through every tactic possible, erasing JK from her own work and even ­posting death threats to her home — Rowling has become THE poster girl for challenging trans hate mobs.

The fantasy-fiction titan has become a superhero in the depressing story of our time — where women are vilified for standing up for women, and the right to free speech is destroyed by so-called “rights” ­campaigners.

You couldn’t write it.

But JK has praised little-known criminal barrister Allison Bailey and labelled her a “heroine” after she won an employment tribunal on Wednesday.

It ruled her employer, Garden Court Chambers (GCC), had victimised Bailey for her views on gender and that trans-rights “extremism” was harming women’s rights.

Bailey has now been propelled into the freedom-fighter hall of fame, along with women such as Maya Forstater and Kathleen Stock.

The lesbian barrister took legal action against GCC after it publicly claimed in 2019 that she was under investigation for her gender critical beliefs — including that sex is biological and cannot change — following a complaint from LGBTQ+ lobby group Stonewall.

The tribunal found that Bailey had been discriminated against by GCC — a member of Stonewall’s Diversity Champion scheme — and awarded her £22,000 in damages.

But Allison’s claim that Stonewall had instructed or caused GCC’s investigation was rejected.

Bailey tweeted: “I have lost my case against Stonewall, but I have succeeded in exposing ­Stonewall’s conduct and the . . . malign influence it wields in workplaces and in society more generally”.

Darn right, she has.

When Bailey protested that men should not be placed in women’s prisons just because they identified as women, Stonewall reported her to her employer for “calling for trans people to lose their current legal rights”.

“I trust that you will do what is right,” wrote the Head of Trans Inclusion for the charity in an email sent to her workplace. That sounds a lot like “sack her, or else” in old money.

You only have to look at Stonewall’s recent record to get a glimpse of what a twisted, authoritarian bunch of ideologues they are.

They claim to campaign for LGBTQ+ rights and champion “workplace equality”.

Yet, the organisation has become so toxic that there has been an exodus of organisations pulling out of its infamous “diversity scheme”.

Some of the nonsense Stonewall has pumped out includes a recent statement from just a few days ago claiming that children as young as two could be transgender — a claim that received so much backlash for being ludicrous that the charity was later forced to water it down.

The organisation has also called for health bodies to scrap the word “mother” for not being inclusive enough and to allow biological men into women’s medical wards.

It’s utter madness from a militant organisation we should have seen the back of years ago.

In fact, the UK’s own independent Equalities Watchdog and the Government’s Equalities Office have abandoned ties with Stonewall — as have dozens of organisations, not least the BBC.

If even the BBC — which regularly rolls out the red carpet to all things woke — is forced to turn its back on you because it thinks YOU’RE biased, then you know you’ve gone so far down the woke ­rabbithole that you’ve reached the gates of hell.

Bailey is not only a heroine to the likes of JK Rowling. She is a heroine for every single person who truly believes that people should be allowed to hold perfectly sound opinions without having the sword of Damocles hanging over their head for doing so.

She, and all the women taking on extremist gender ideology and its militant advocates, are trailblazers who are turning the tide.

With the brave backing of JK Rowling, these women are defusing the ticking time-bomb of trans fundamentalists, which has for too long threatened to blow up freedom of speech along with women’s rights.

Time is up for these villainous radicals.

Just yesterday, the NHS announced that it will shut down The Tavistock Centre, the UK’s only dedicated gender identity clinic, after a review found it was “not safe”.

Something myself and other gender-critical people have warned about over and over.

This comes after the clinic has been accused of ushering vulnerable children, who say they are born in the wrong body, down a path of puberty blockers without properly ­considering whether mental health may be at play.

It will be replaced by regional centres, which will be linked to mental health care and GP services.

We owe Allison Bailey and Rowling a monumental debt of gratitude for their relentless fight to protect free speech, as well as women and girls.

Not all heroes wear capes.