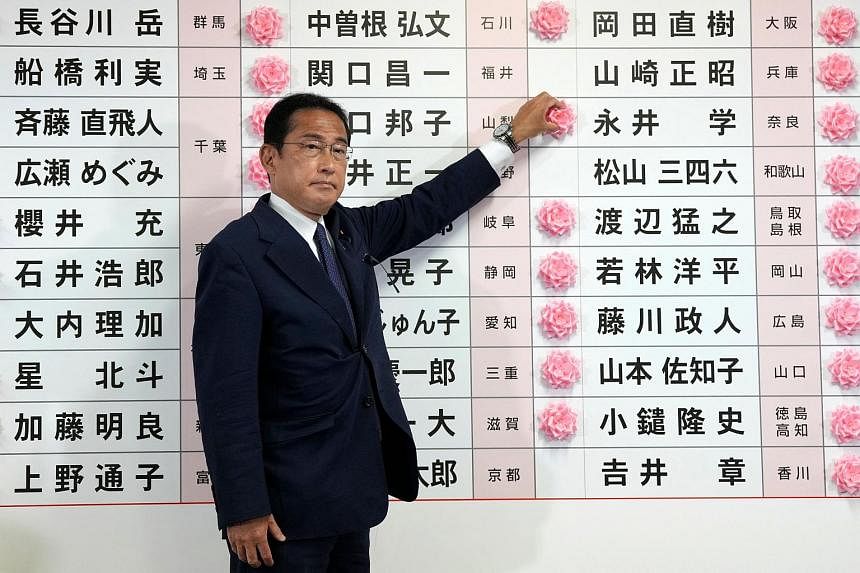 TOKYO – Japan’s ruling Liberal Democratic Party (LDP) and its coalition partner won a convincing majority in the Upper House of Parliament in an election on Sunday (July 10), two days after former prime minister Shinzo Abe was killed at a campaign rally.

Exit polls by public broadcaster NHK said the LDP and its junior partner Komeito will win between 70 and 84 of the 125 contested seats.

Final results are due overnight. Upper House lawmakers serve six-year terms, with elections held every three years for half of the 248-seat chamber. There were 545 candidates in Sunday’s poll, which included one seat to fill a vacancy.

“It is proof that we will not bow down to terrorism,” he said, having earlier observed one minute of silence in memory of Mr Abe, 67.

The resounding mandate will allow Mr Kishida to follow through on his policy pledges, including creating a “new form of capitalism” and doubling Japan’s defence spending.

“I want to bring results for the new type of capitalism that I have been promoting,” said Mr Kishida. “We will take steps to address the pain from inflation and also seek to raise wages.”

Sunday’s election also gave Mr Kishida the numbers in the Upper House to pursue Mr Abe’s unfulfilled dream of revising the pacifist Constitution for the first time since it was enacted in 1947.

This will require the support of two-thirds of both the Lower and Upper Houses – numbers that the LDP-Komeito coalition has with the pro-revision opposition parties Nippon Ishin no Kai (Japan Innovation Party) and the Democratic Party for the People.

While the parties differ slightly on how to amend the document, Mr Kishida on Sunday night vowed to bridge these gaps and put together a Bill before Parliament.

The revision will also need a majority in a public referendum.

LDP policy chief Sanae Takaichi, a protege of Mr Abe, said she will ardently work towards revising the charter “as soon as possible”.

While it was impossible to gauge the direct impact of the shocking murder of Mr Abe on the election, analysts noted that the apparent effect was limited.