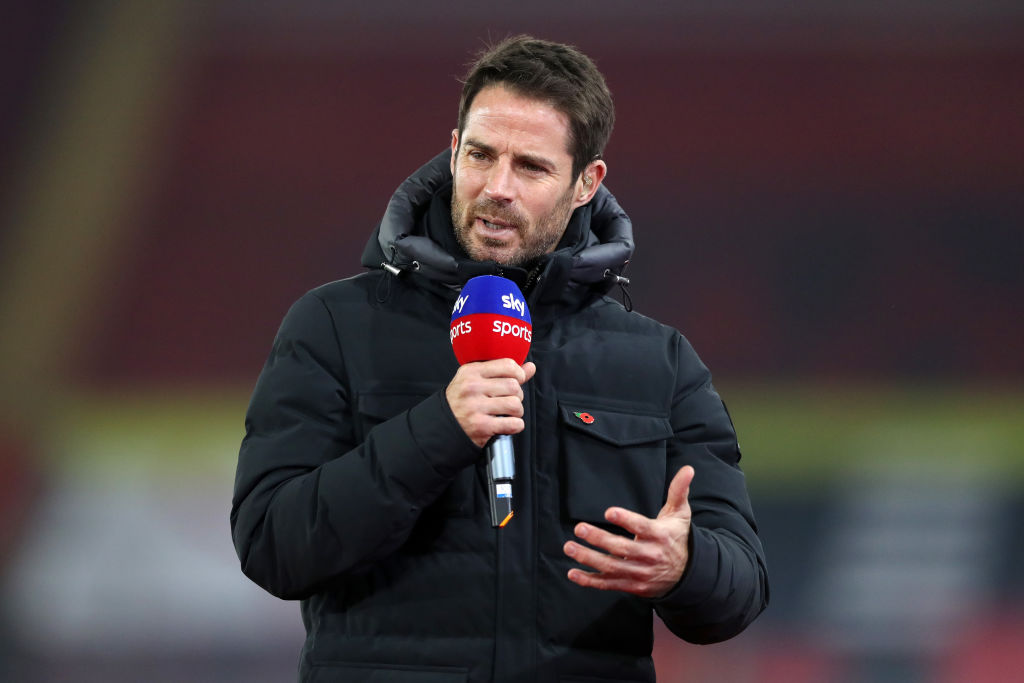 Liverpool still have hopes of a Premier League title win – but Jamie Redknapp thinks there could be a problem coming against Tottenham Hotspur.

Liverpool headed to the Etihad Stadium on Sunday afternoon, taking on rivals Manchester City in a battle for the Premier League title.

Liverpool did though roar back twice, grabbing equalisers through Diogo Jota and Sadio Mane to claim a 2-2 draw.

That means Liverpool remain one point behind City in the title race with seven games left to play.

You can absolutely see a situation where both teams just keep winning until the end of the season, as was the case back in 2019.

Any slip-up – even just a draw – could be fatal in this title race, that’s just how good these two teams are right now.

Fans will be studying respective run-ins forensically, trying to find where their rivals will drop points.

Liverpool do have a couple of tricky away trips, but one game that really stands out is the home game against Tottenham on May 7th.

Liverpool drew with Tottenham back in December and a repeat result would be absolutely perfect for Manchester City.

That game is still many weeks away and Liverpool have three Premier League games before then as well as a Champions League quarter final and an FA Cup semi-final.

Yet former Liverpool and Tottenham midfielder Jamie Redknapp has already cast an eye towards that clash at Anfield.

Redknapp has told the Daily Mail that he thinks the title race is ‘impossible’ to call right now and actually thinks that Liverpool v Tottenham next month will be ‘significant’.

Redknapp claims he has a feeling that this one game could be a ‘major problem’ for Liverpool, seemingly believing that Antonio Conte’s men could throw a spanner in the works.

“I find this title race impossible to call. I’ve got this feeling Liverpool v Tottenham on May 7 will be significant. Can Klopp’s crew navigate that one? That might be the match which poses them a major problem,” said Redknapp.