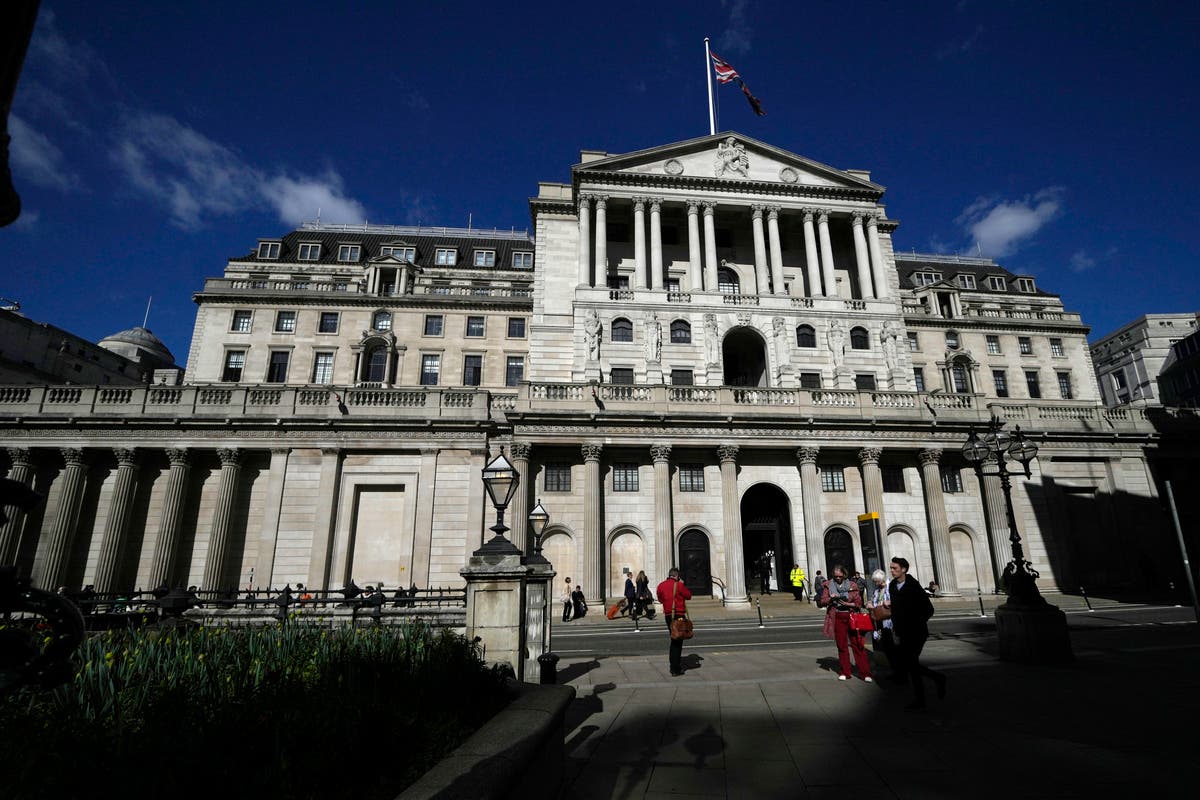 Interest rates have been raised by 0.5 per cent, the Bank of England has announced.

The Bank of England has said it now expects a 0.1 per cent fall in GDP over the current quarter, indicating that the country is already in a recession.

A decision on whether to increase interest rates next week was previously delayed by the Bank of England as a mark of respect following the death of the Queen.

The UK interest rate is now at its highest level since the 2008 financial crisis.

The increase highlights the Bank’s efforts to get control of inflation which stands at a decades-high rate of 9.9 per cent.

The Bank reduced its inflation forecast in the announcement predicting it will peak at 11 per cent in October, down from 13 per cent in their last forecast. The revision comes after prime minister Liz Truss announced a freeze on the energy price cap – a move that is expected to limit inflation.

In a statement released on Thursday, the Bank of England said: “In the August Monetary Policy Report, the MPC noted that the risks around its projections from both external and domestic factors were exceptionally large, given the very large increase in wholesale gas prices since May and the consequent impacts on real incomes for UK households and on CPI inflation.

“Since August, wholesale gas prices have been highly volatile, and there have been large moves in financial markets, including a sharp increase in government bond yields globally. Sterling has depreciated materially over the period.”

Before the announcement on Thursday, ING economist James Smith said the Bank of England had to react to recent falls in the price of the pound. Sterling hit a new 37-year low against the dollar on Friday.

The ING favoured a 50bp hike but expected policymakers to also vote for a 75bp increase.

He said that rates will likely rise again in November and December, hitting 3 per cent by the end of the year.

The decision to hike interest rates is a bid to keep inflation under control. It is the best tool that the Bank of England has to steer inflation – currently at 9.9 per cent – back to its 2 per cent target.

“The easing in the annual inflation rate in August 2022 reflected principally a fall in the price of motor fuels in the transport part of the index,” the ONS said.

Despite falling back below 10 per cent, George Lagarias, chief economist at accountancy firm Mazars, said inflation would not drop off significantly for some time.

“Higher energy prices for all the previous months have fully fed into most supply chains and it will take months of lower oil for end-consumer prices to meaningfully come down again. Inflation may well remain a central theme until at least the end of the year,” he said.

“However, input costs have begun to drop and we should see this feeding into general prices eventually.”

But the decisions will also have major impacts on people’s finances, not least those with mortgages who will need to start paying more for their home loans.

The MPC was originally set to announce its decision on 15 September but delayed this for a week due to the Queen’s death.