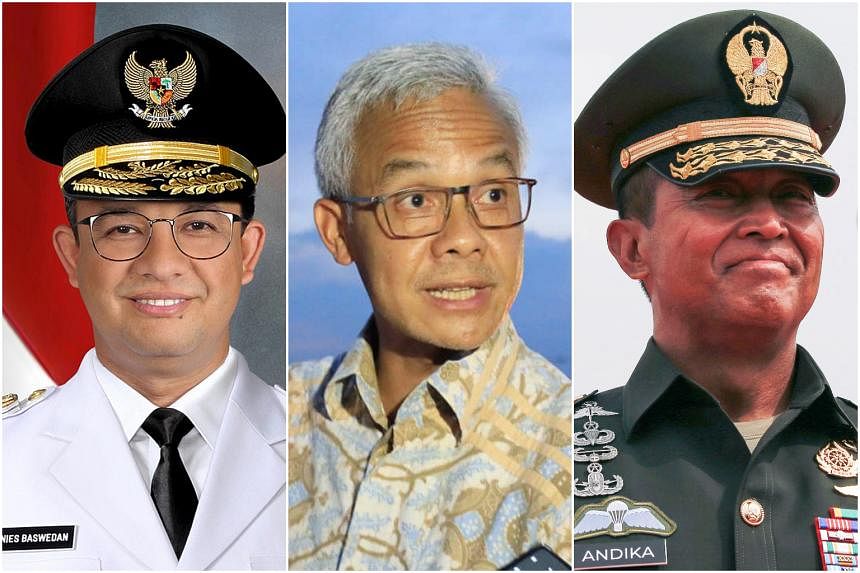 JAKARTA – Indonesia’s fourth largest party NasDem has endorsed three presidential candidates, and is in talks with other political parties to form a coalition that can nominate a candidate for the 2024 election.

The party has also stepped up talks with the Prosperous Justice Party (PKS) and the Democratic Party in what observers say may lead to the establishment of another coalition of parties in Indonesia.

Combined, the three parties would meet the parliamentary threshold to nominate a candidate in the next presidential election.

Indonesian law requires any party or a coalition of parties that holds at least 20 per cent of Parliament seats – 115 out of 575 seats – or 25 per cent votes of the earlier election to field candidates in the presidential race.

NasDem currently has 59 seats, while the PKS and Democratic Party hold 50 seats and 54 seats respectively. Together, they would meet the threshold to put forward a presidential candidate.

Only the ruling Indonesian Democratic Party of Struggle (PDI-P), which secured 128 seats or 22 per cent of the parliamentary seats in the 2019 election, can nominate a pair of presidential and vice-presidential candidates in the next election without having to coalesce with other parties.

NasDem said its party leaders had met with their counterparts from the PKS on Wednesday (June 22), and both sides agreed “to collaborate in the preparation of the 2024 election in the jointly-set time”.

NasDem patron Surya Paloh, a media tycoon who owns major TV station MetroTV, said that the two parties share “a lot of similarities in views and thoughts”, which serves as the foundation of the cooperation.

PKS chairman Ahmad Syaikhu said that they hope to achieve “more meeting points to pursue big agendas in the future”.

On Thursday, the three nominees were among the issues discussed in a meeting between NasDem and Democratic Party executives, which included its chairman Agus Harimurti Yudhoyono, the eldest son of Indonesia’s sixth president Susilo Bambang Yudhoyono.

NasDem central executive board chief Willy Aditya said the party currently focuses on exploring opportunities with other parties to form a coalition.

“We are open to all options. We are following the process thoroughly,” he told The Straits Times. “Only after fulfilling the requirement to nominate will we pick one nominee (out of the three).”

He also noted that the party chief will have the final say on the presidential nominee, and the party is “in no rush” to make a decision.

Mr Arya Fernandes, a political expert from Jakarta-based think tank Centre for Strategic and International Studies, said that the potential for the three parties to set up a new coalition is high, and they likely have agreed on some crucial points, such as power sharing and programmes.