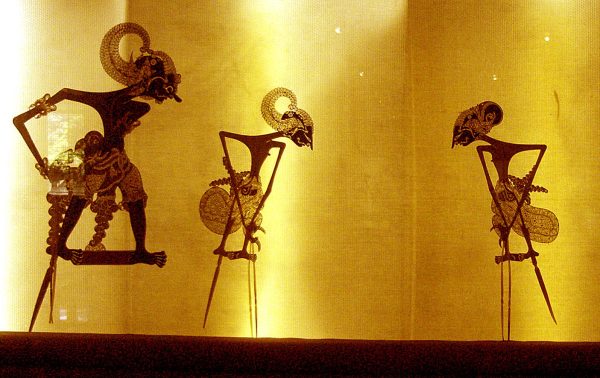 Yesterday, Sydney’s Lowy Institute released the results of its first survey of Indonesian public opinion in more than a decade. Conducted in December 2021, the survey involved interviews with around 3,000 Indonesians aged 17 to 65 in all but one of the country’s 34 provinces, on topics ranging people’s views of democracy to how the world’s fourth-most populous nation should position itself internationally.

The most striking thing that stands out to this writer is the Indonesian public’s distinct ambivalence about the growing strategic competition that is roiling its region and the wider world. As one might expect, trust in Asia’s predominant power, China, has fallen since the last Lowy Institute survey in 2011, a period in which the Chinese economic footprint in Indonesia has widened and Beijing has ratcheted up its confrontational behavior, particularly in the South China Sea, which laps Indonesia’s shores.

In this year’s survey just 43 percent of Indonesians expressed agreement with the statement that “China’s growth has been good for Indonesia,” down from 54 percent in 2011. Meanwhile, almost half the population agreed that “China’s aim is to dominate Asia,” up three points from 2011. Some 60 percent of respondents either agree or strongly agree that Indonesia “should join with other countries to limit China’s influence,” an increase of 10 percent since 2011.

In general terms, the survey finds that China’s loss has been the United States’ gain. In a host of areas, China “ranks less favorably than the United States across a range of indicators, from military and economic leadership, and influence and security concerns, to ‘soft power’ benchmarks such as education and work destinations.” The report states that “even in policy areas traditionally seen as China’s stronghold – the economy and investment – the United States generally outperforms China.”

But despite the worsening of China’s standing with the Indonesian public, views toward the U.S. remain relatively middling. Although 56 percent of respondents expressed trust in the U.S., this is 16 percent less than in 2011. This seems to reflect the findings of other surveys, such as those conducted by the Pew Research Center, which registered unusually high levels of approval of the U.S. during the tenure of Barack Obama, who was seen to have a unique connection to Indonesia, having spent a portion of his childhood there. When Lowy conducted a poll in 2006, at the midpoint of the George W. Bush administration, trust in the U.S. sat at just 32 percent.

Perhaps more importantly, China’s deteriorating reputation has not translated into clear support for Washington in its strategic showdown with Beijing. The survey finds that a large majority – 84 percent – are determined that Indonesia should stay neutral in any U.S.-China conflict. A mere 4 percent say that their country should support the U.S. in its struggle with China. (The corresponding figure for China was 1 percent.)

While the respondents saw China is the country of most concern, with 49 percent of Indonesians seeing it posing a threat to their country in the next decade, 43 percent also said the same about the United States. Based on the findings from past Pew surveys, this large part because of its staunch support for Israel and its disastrous series of post-2001 interventions in the Islamic world. For instance, 79 percent of those surveyed by Lowy expressed support for the creation of an independent Palestinian state, something that in Indonesian domestic politics is frequently linked to skepticism of the United States. (Last month, I wrote about how this informs Indonesian views of the Russian invasion of Ukraine.)

Neither does the Indonesian public appear to buy the common U.S. depiction of competition with China a part of a global ideological struggle between democratic and authoritarian states. While a majority of respondents expressed a believe that democracy is the best system of government, “many also hold high levels of confidence in authoritarian or unelected leaders of other countries.”

Support for Gulf state monarchies was particularly striking, with Saudi Arabia’s Crown Prince Mohammed bin Salman Al Saud (supported by 57 percent of respondents) and the United Arab Emirates’ Sheikh Mohamed bin Zayed Al Nahyan, the Crown Prince of the Emirate of Abu Dhabi (52 percent) commanding more support than Biden, Japan’s Prime Minister Kishida Fumio (45 percent), or Australia’s Prime Minister Scott Morrison (38 percent), who would not have been happy to see how close he was to China’s paramount leader Xi Jinping, who came in at 34 percent.

While only a small minority of respondents were familiar with the cardinal principles of Indonesian foreign policy – only a quarter said they knew about the country’s “independent and active” (bebas dan aktif) foreign policy doctrine – the views expressed in the survey seem to reflect an instinctive support for its foreign policy pragmatism, balance, and non-alignment. As the report stated, “citizens of the world’s third most populous democracy are optimistic about the future but wary of the great powers that are seeking to court them.”

This also dovetailed with the general perception that domestic challenges were more pressing than international ones. “As has been the case for more than 75 years,” the report states, “Indonesians remain more preoccupied with internal and non-traditional security concerns and threats, rather than external and conventional ones.”

These include separatism, which 67 percent of respondents described as a threat to Indonesia’s vital interests over the coming decade, followed by COVID-19 and other potential pandemics (63 percent), international terrorism (63 percent), and food shortages (63 percent). This compared with 47 percent for China’s development as a global power, and 41 percent of a military conflict between China and the United States.

This perhaps correlates with the strong trust expressed for President Joko Widodo – 74 percent said that they had “some” or “a lot” of confident in the Indonesian leader – who has prioritized domestic stability and economic growth over the active regional and diplomatic role sought by his predecessor Susilo Bambang Yudhoyono. The surveys found similarly that more of the public expresses confidence in the Indonesian Armed Forces (70 percent), which has been responsible for beating back separatist challenges, than in the Ministry of Foreign Affairs (47 percent).

Overall, this ambivalence about growing regional and global developments is perhaps to be expected for a nation-state whose colonial origin, massive population, and sprawling archipelagic geography have lent it an inward-looking, centripetal tendency.

The survey’s authors conclude that that while the report “presents many diverse viewpoints, overall it projects an image of a confident, ambitious people who want Indonesia to chart its own course in the world.” Its findings suggest a desire to negotiate a new era of strategic turbulence as Mohammad Hatta, one of Indonesia’s founding leaders, said in 1948: by “rowing between the reefs.”