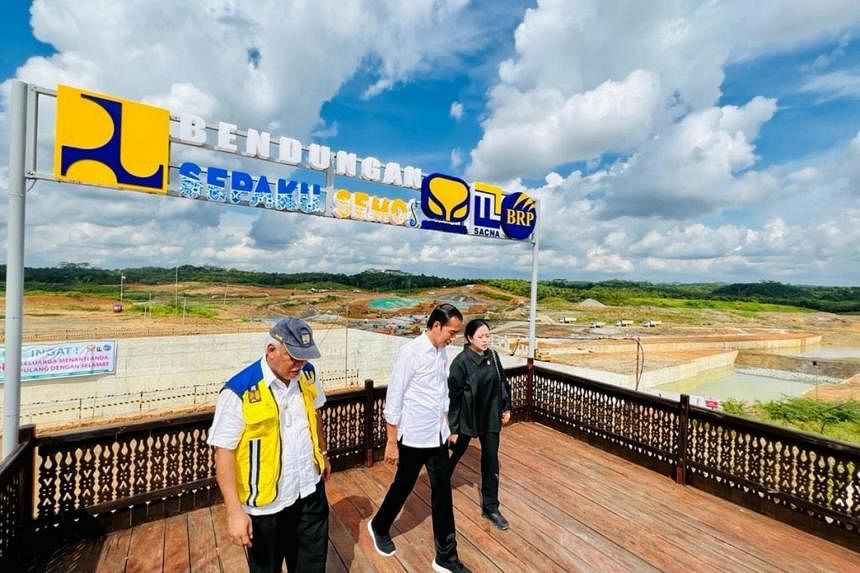 JAKARTA (REUTERS) – Early construction of Indonesia’s planned new capital Nusantara is now underway, President Joko Widodo announced during a visit on Wednesday (June 22), signalling some progress in a US$32 billion (S$44 billion) project that many experts have doubted would materialise.

The mega project, a key part of Mr Widodo’s economic agenda, would see Indonesia move its capital from heavily congested Jakarta to an underdeveloped area on Borneo island.

Jokowi, as the president is known, visited the site of a dam on Wednesday and said construction was scheduled to begin next month on a new road to Nusantara. No time frame has been announced for when it will become the capital.

“The existence of this dam shows that basic infrastructure development has started,” he said in a statement.

Indonesia’s Parliament approved a Bill in January that provides the legal framework for development of the new capital, which until now was the most significant advancement so far of an idea toyed with for decades.

But a survey released this month by the Indonesian Centre for Strategic and International Studies found nearly 59 per cent of 170 experts it interviewed were unsure Nusantara would materialise, citing uncertainty over funding and management.

An estimated 19 per cent of the financing would be covered by the state budget, with the remaining funds from public-private partnerships and private investments, according to Indonesia’s National Development Planning Agency.