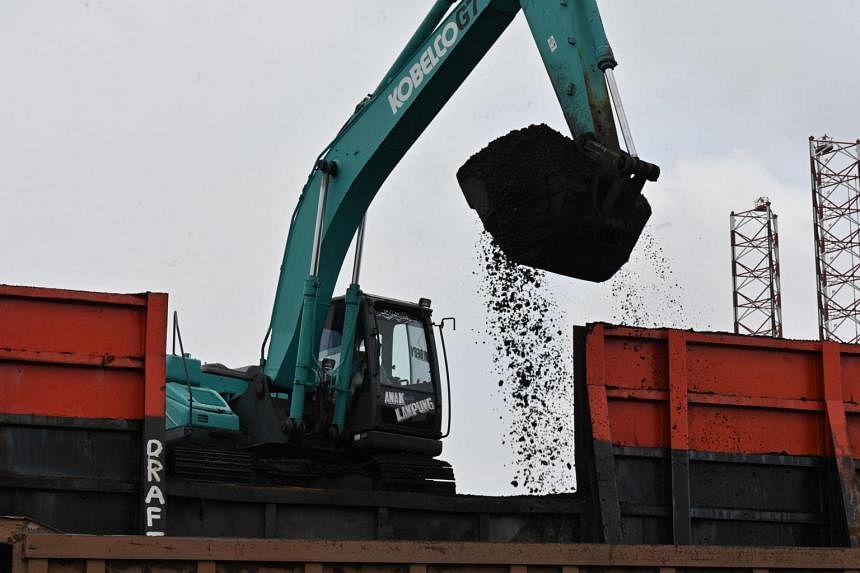 JAKARTA (REUTERS) – Indonesia on Monday (April 18) raised its royalty rate for coal miners from a single tariff of 13.5 per cent to a range of 14 per cent to 28 per cent dependent on government-set coal benchmark prices, a change miners said could impact future investment.

The maximum royalty applies to general sales when prices breach US$100 (S$136) per tonne, Lana Saria, a director at the Energy and Mineral Resources Ministry said on Monday.

Coal sold under the so-called domestic market obligation (DMO) to power plants and some other industries will be charged the 14 per cent royalty, as those prices are capped at US$70 and US$90 per tonne.

The new scheme was set as coal miners convert their licenses into a new special mining permits (IUPK) system when their contracts expire.

The new royalty rate takes effect immediately for IUPK issued prior to 2022, while those issued this year will be charged the new rates in 2023, Lana said.

“The objective is for an increase in state revenue while at the same time maintaining coal mining continuity and the investment climate,” she said.

Under the new scheme, miners holding a special permit converted from older, so-called “first generation” contracts will be charged production royalties of 14 per cent to 28 per cent depending on the price brackets.

Those of later generation contracts, the royalty ranges from 20 per cent to 27 per cent, Lana added. Miners with contracts yet to expire will be charged the rate originally agreed with the government.

Meanwhile, holders of coal mining licenses known as IUP will be charged royalties based on caloric value according to 2019 rules.

The Indonesia Coal Miners Association is still studying the potential impact of the new royalty, its director Hendra Sinadia said, adding it could hurt downstream investment at a time when the sector faces a carbon tax later this year and restrictions in securing financing.

“This can affect investment plans to increase the value-add of coal where technology is still relatively expensive,” Hendra said.

The government has been pushing for coal gasification in the hope of replacing imports of liquefied petroleum gas.