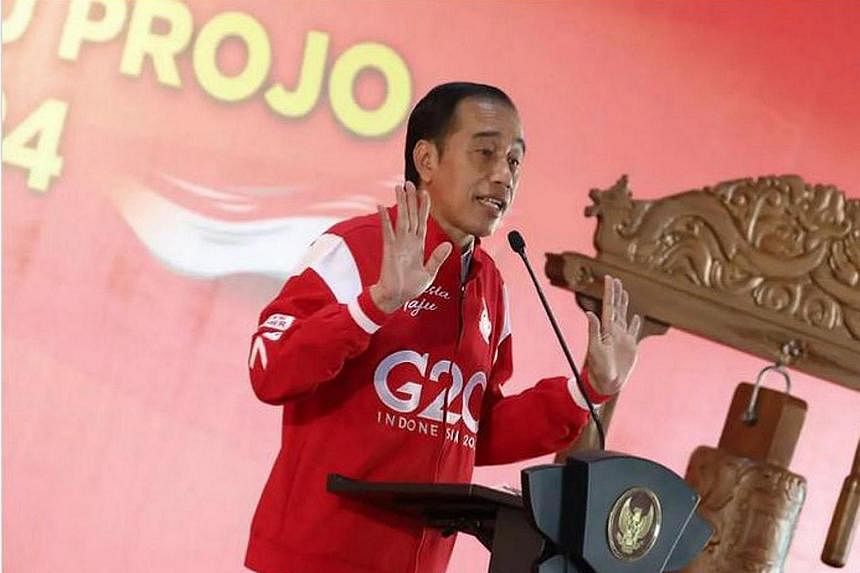 JAKARTA – Projo, a seven-million strong volunteer group aligned to Indonesian President Joko Widodo, has dampened speculation that it will become a political party, but said it will back a candidate who will further the president’s legacy when his term ends in 2024.

In an interview with The Straits Times, Projo chairman Budi Arie Setiadi said while the group has sufficient resources to form a party, it can better focus on “nationhood and the people’s agenda” if it does not have to worry about staying in power as a political party.

“We have agreed with Pak Jokowi not to change our course each time a new president comes in. We want to pursue sustainability so that what he is doing now will be continued (by his successor),” said Mr Budi, who is also deputy minister for villages, development of disadvantaged regions and transmigration, calling Mr Widodo by his moniker.

Among the president’s unfinished priorities are key infrastructure projects, hindered by budget reallocation to social safety nets during the Covid-19 pandemic, and the development of Indonesia’s new capital in East Kalimantan.

At the Projo congress in Magelang, Central Java, on May 21, the 61-year-old president, who is head of the group’s advisory board, hinted at supporting Central Java Governor Ganjar Pranowo, 53, at the next presidential election in 2024.

“On politics, let’s not be hasty, even though the one we may support (in 2024) is likely here,” he told the crowd at the event attended by Mr Ganjar.

His preference, however, clashes with the stance of the largest party – the Indonesian Democratic Party of Struggle (PDI-P) – of which Mr Widodo, Mr Ganjar and Mr Budi are cadres.

During the opening of the party’s national working meeting on June 21, chairman Megawati Soekarnoputri asserted that endorsing a presidential candidate was her prerogative.

“Whoever makes the manoeuvre will be out. There should not be anyone in the PDI-P putting their eggs in two or three baskets, doing the manoeuvre,” she said.

The ruling PDI-P, which secured 128 seats, or 22 per cent of the parliamentary seats in 2019, is the only party that can nominate a pair of presidential and vice-presidential candidates in the next election without having to coalesce with other parties.

It is believed to endorse Ms Megawati’s daughter, Parliamentary Speaker Puan Maharani, 48, whose electability in major polls has lagged behind Mr Ganjar’s.

Dr Kunto Adi Wibowo, executive director of the Indonesian Public Opinion Research and Discussion Group, said that Ms Megawati’s comments sent out a signal to the Projo volunteers not to force the party into supporting Mr Ganjar.

“It is still possible that PDI-P nominates Mr Ganjar, but the chance is slim, and it will also depend on how far Ms Puan can drive people’s favour towards her,” he told ST.

The lecturer at Padjadjaran University’s Faculty of Communication cited another scenario where Mr Ganjarquits PDI-P and joins another party, which forms an electoral coalition with other parties. “In this case, Projo can follow wherever Mr Ganjar aligns himself with,” he said.