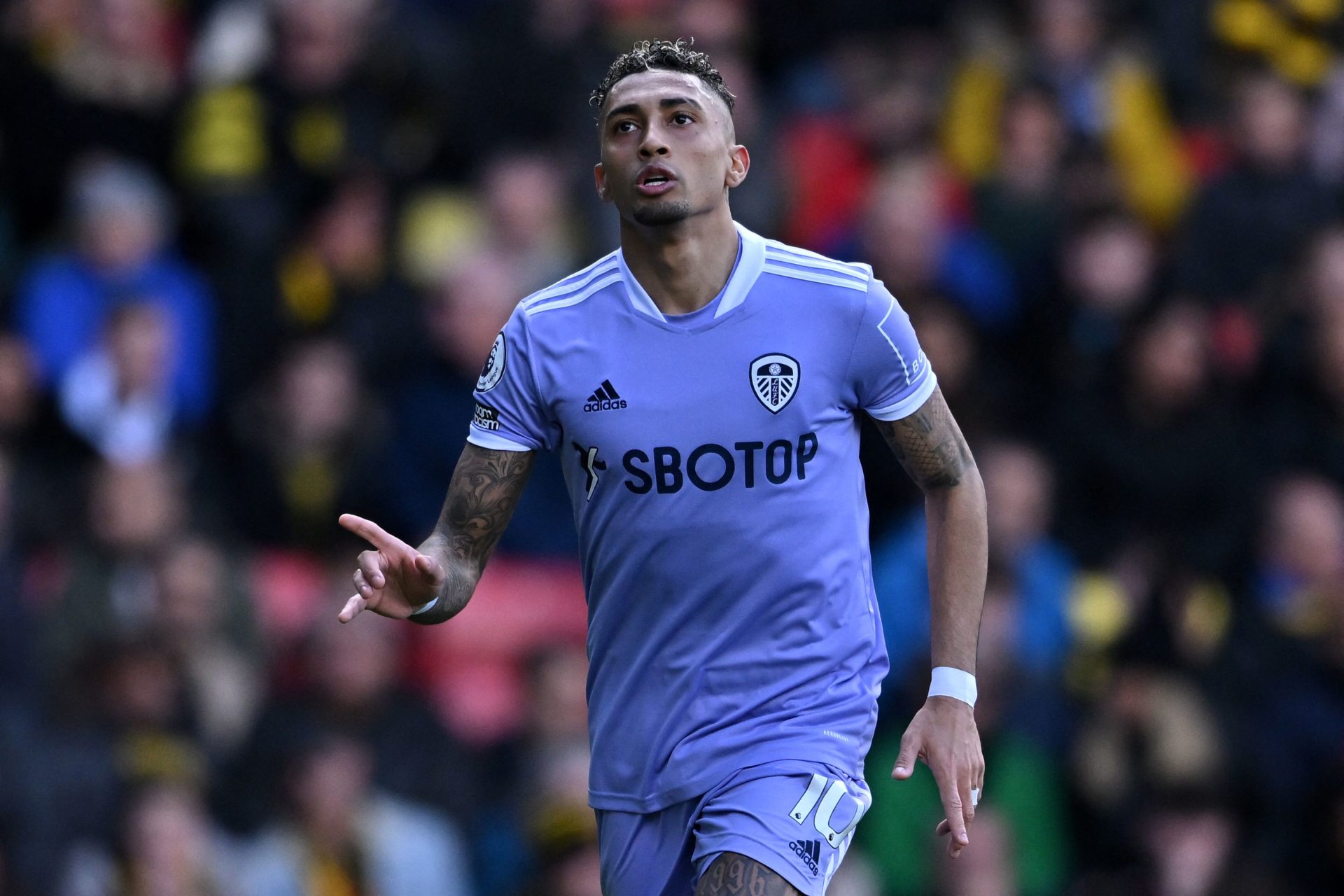 Leeds United have been linked with Francisco Trincao – but the Barcelona man fancies a loan move to Sporting over a permanent move anywhere.

Leeds won’t want to see Raphinha leave the club this summer but they may have offers from Barcelona on the table.

Barca seem very keen on Raphinha but may need to get creative in order to tempt Leeds into a deal.

Mundo Deportivo noted in March that Leeds may be tempted by taking cash plus winger Trincao in a deal for Raphinha.

It looks unlikely now that Wolverhampton Wanderers will sign Trincao permanently this summer after a mixed loan spell at Molineux this season.

There is a £25million permanent option in Wolves’ loan deal for Trincao but we would be stunned if that option was activated now.

Trincao, 22, did score against Leeds in March but that’s his only Premier League goal of the season.

Trincao may end up at back at Barcelona and being on offer to Leeds in a deal for Raphinha.

Branded ‘incredible’ by former Braga teammate Abel Ruiz, Trincao is in danger of stalling his development right now and needs to find a home.

If Barcelona were looking to swap the 22-year-old for Raphinha then new reports may just kill off those hopes early.

O Jogo report that Trincao wants a loan move to Sporting back in Portugal despite Barcelona’s desire to sell him.

It sounds like Trincao would currently snub permanent exits in order to try and force through a loan return to Portugal.

Sporting wanted Trincao last summer but couldn’t do a deal, with the winger now keen to finally make it happen.

That would effectively kill off any Leeds swap suggestions, but if it means Raphinha stays at Elland Road, Leeds will be more than happy with Trincao’s stance.