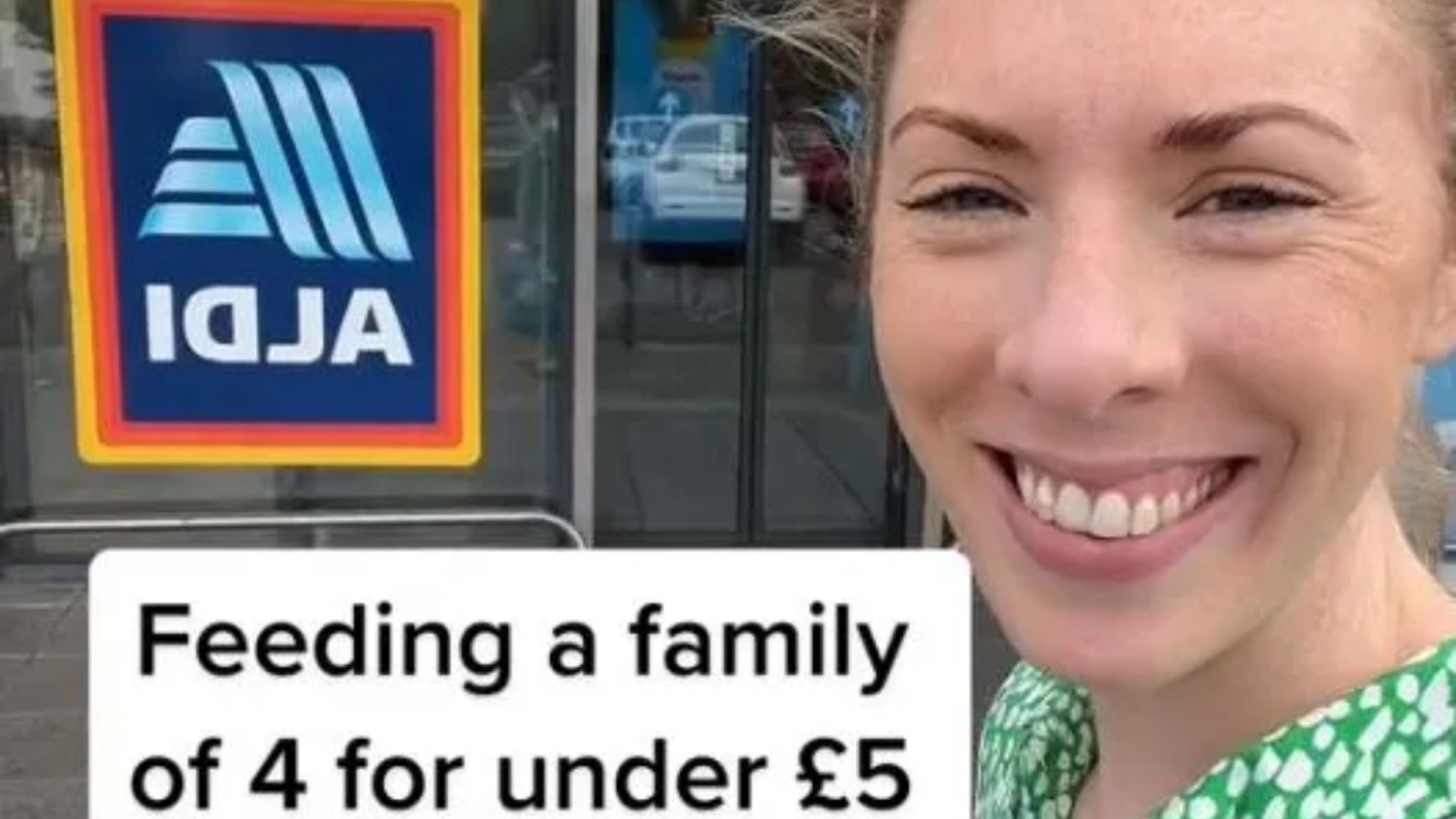 A THRIFTY mum took to social media to share a money saving tip that sees her feed her family of 4 for just under five pounds.

Posting under the social media handle Muddle Through Mummy, the canny shopper filmed herself doing her weekly shop in budget store Aldi and list the items she bought that brought the prices down.

Surprising her 270.k TikTok followers she posted her shopping trip to Aldi which saw her purchase ingredients for a full meal.

Picturing the items with the price she paid for them, it’s clear to see that the savvy mum of 4 knows how to pick up a bargain with some of the items costing as little as 10p

Once purchased she continued to film at home and show her followers how she put the budget meal together.

Listing the recipe in the video, she placed all of the plum tomatoes on a chopping board and shared a hack of how to slice them for the dish.

Placing a second chopping board on top of the tomatoes she used a knife to carefully slice them in half.

Once sliced she placed them in an ovenproof dish and added the cannellini beans, chipolatas, crushed garlic and rosemary focaccia bread.

She finished by seasoning the dish with salt and pepper and adding a drizzle of olive oil and placed the dish in the oven for 45 minutes.

The finished dish, which to many looked very experimental once cooked received a flurry mixed views.

Fans and foodies flocked to the video streaming site to post their opinion of her value for money experimental concoction.

MegaMind wrote: “First! your one of my favourite creators, please never stop making these videos.”