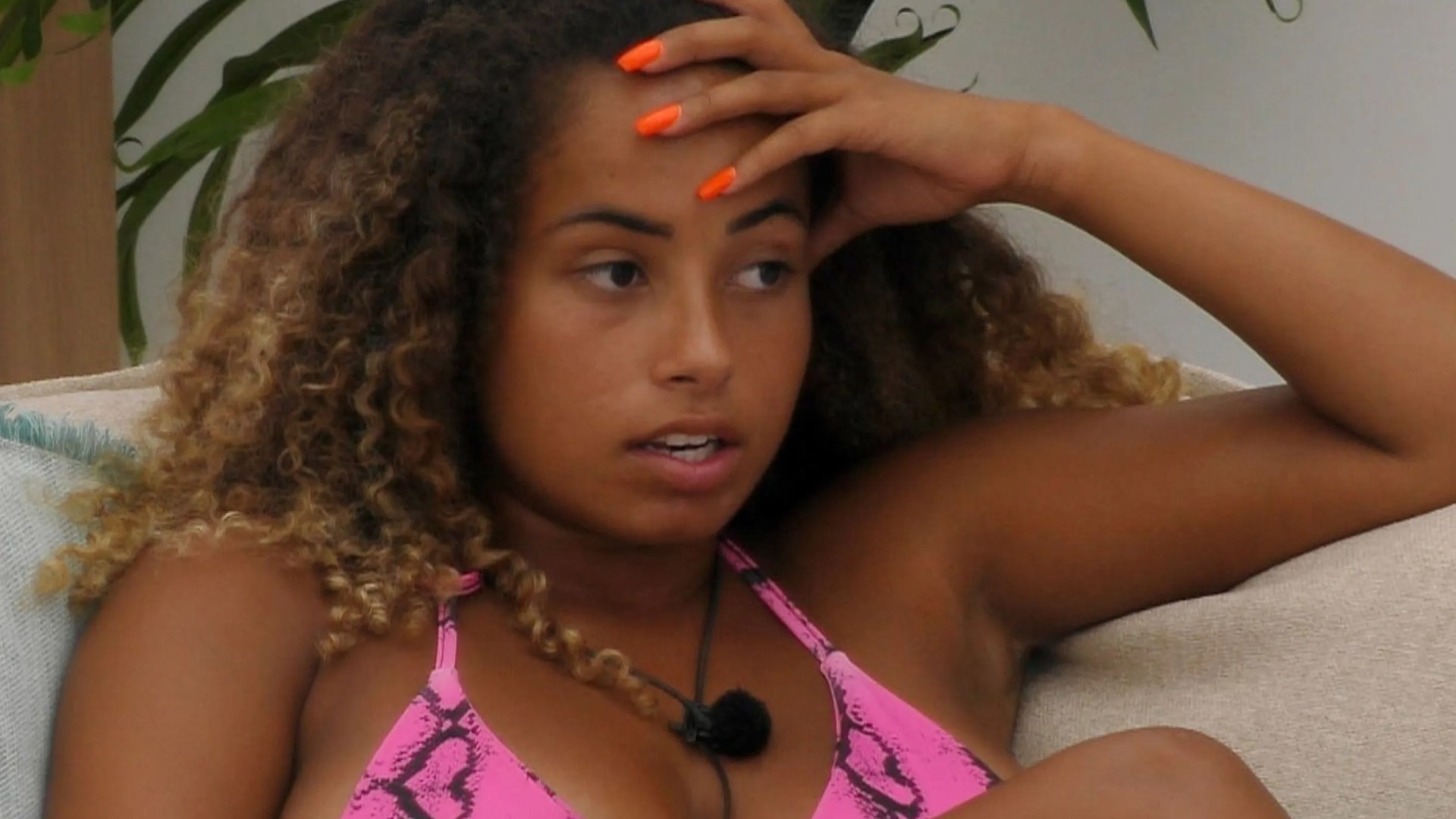 LOVE Island last night played host to its usual festival of blame in the shape of Movie Night.

But one former winner of the show found it more unpleasant than usual, as many of the boys – led by Luca Bish – revelled in the nightmare.

They were seen laughing and whooping with delight as various of their co-stars’ relationship were put under the microscope.

Amber Gill was unimpressed, tweeting last night: “It’s actually not normal to laugh like that at other people hurting Those boys are weird.”

She later urged the producers to wipe the smile off his face by revealing more clips of Gemma Owen at Casa Amor.

The Love Island star wrote: “Please roll more of Gemma’s tapes I need him to stop grinning like a Cheshire Cat at everyone else’s demise.”

Luca has come under fire for appearing to revel in the misfortune of others stars as their misdemeanours played out during Movie Night.

He then took Gemma Owen to task for a conversation that was shown between her and Billy Brown.

Luca said he was “f***ing fuming” over the video, which he said was evidence of Michael Owen’s daughter flirting with someone else.

But posting on his official Instagram account today his sister Claudia Bish, 27, issued an apology to Love Island viewers.

She wrote: “I want to apologise on behalf of Luca for his insensitive reaction on last night’s episode.

“I know that when he watches it back, he will be embarrassed and deeply apologetic.

“We as his family don’t condone his behaviour last night, but we do understand he is in an intense environment where his emotions are heightened.”