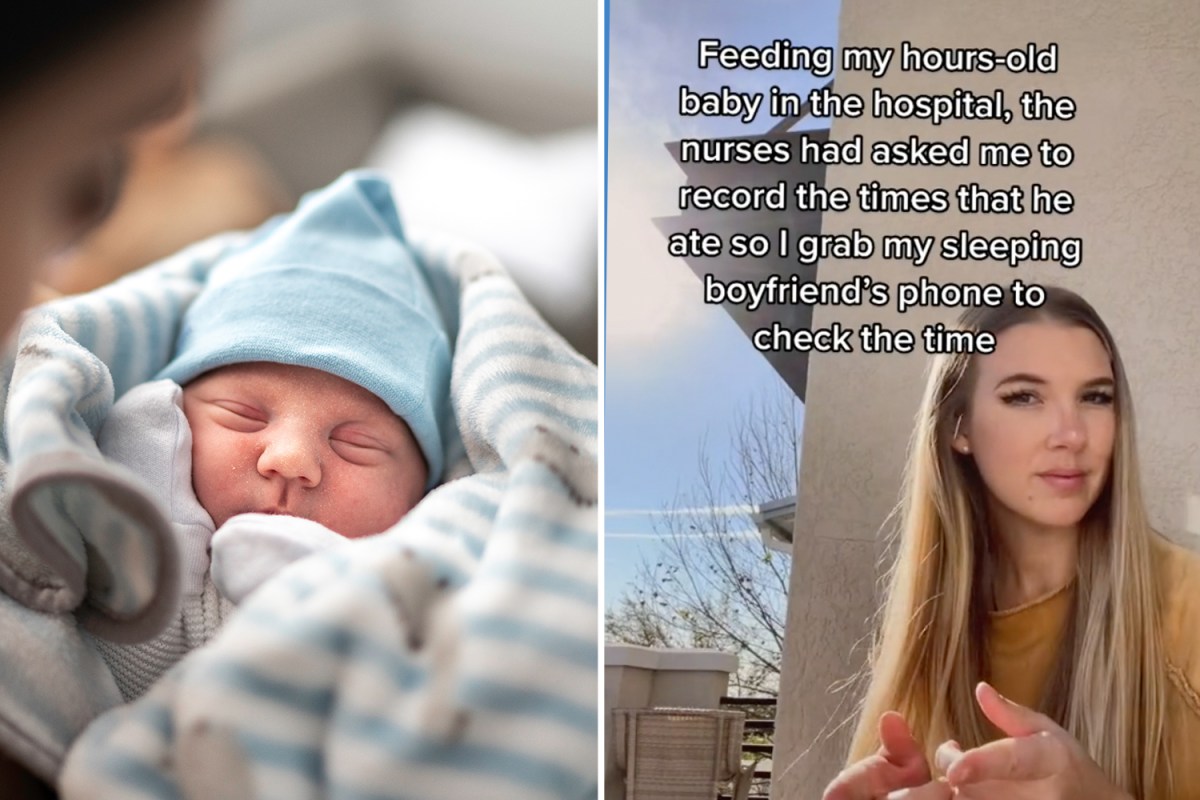 A WOMAN got the shock of her life after she looked at her boyfriend’s phone to check the time while she was nursing her newborn.

TikTok user, @aubrecita, revealed the surprise to her over 34,000 followers with Psy’s Gangnam Style playing in the background.

“Feeding my hours-old baby in the hospital, the nurse asked me to record the times that he ate, so I grab my sleeping boyfriend’s phone to check the time,” read the video’s on-screen text.

The video then cuts to a screenshot of a text message from a woman named “Marissa” that says “come cuddle.”

The video gained over 5million views with thousands of comments making light of the serious situation.

One user wrote: “*crosses Marissa off the baby name list*” while another one asked: “So anyways was he sent to the ER or ICU?”

Other viewers noticed that the poster’s boyfriend had a photo of the newborn on the lock screen.

“Not the picture of the baby on his background…” wrote a user.

This prompted @aubrecita to respond with: “Right like wtf and he also texted his friend immediately after I gave birth and said ‘baby don’t look like me’”

However, one person asked if the poster was still with her boyfriend, to which the poster responded with a follow-up video.

@aubrecita lip-synched to an audio saying, “Hell nah to the nah nah nah.”

She said that she’s now married to a man who “restored my faith in men.”