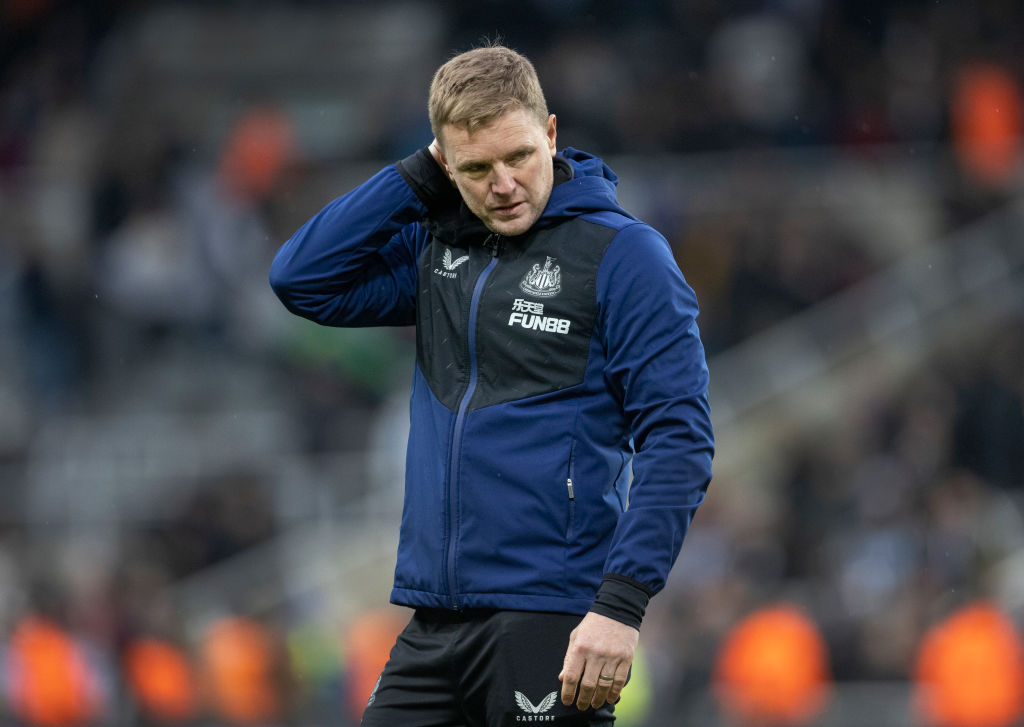 Eddie Howe has admitted that Bruno Guimaraes is already ‘frustrated’ over playing a bit-part role since arriving in Newcastle United.

Newcastle pulled off a major coup in January by signing the Brazil midfielder from Lyon.

The Magpies signed four players during the winter transfer window but Guimaraes – who could cost as much as £40 million – was definitely the most high profile.

However, the 24-year-old has been forced to watch on from the sidelines for the most part after only managing minute-long cameos in victories over Everton and Aston Villa respectively.

And the Newcastle manager has admitted that although the player is champing at the bit, he’s getting tired being a spectator.

United are back in action with a difficult visit to West Ham tomorrow afternoon.

However, Howe’s comments read like an indication that Guimaraes won’t be in the starting lineup again.

And honestly, you can’t blame the Newcastle manager.

The Magpies have won three Premier League outings in succession to breathe new life into their relegation battle.

Howe’s outfit are four points clear of the bottom three with a game in hand and therefore, the former Bournemouth manager simply has to continue playing the same team that beat Everton, Aston Villa and Leeds United.