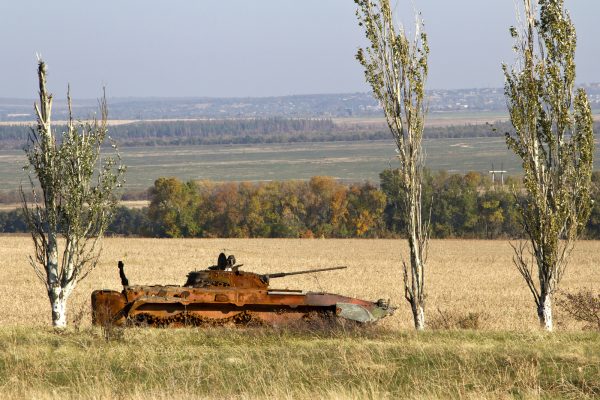 Located in the Donbas region of eastern Ukraine, the two rebel-controlled territories have significantly contributed to Russian efforts to assert its ideological, political, and military influence over Ukraine for years, with a particularly important role in the ongoing Russian invasion starting in February 2022. Choe expressed Pyongyang’s intent to develop “state-to-state relations with those countries,” following a series of official government statements and convenings seemingly codifying diplomatic relations between the two breakaway states and North Korea.

If Russian forces completely isolate Donetsk and Luhansk from the rest of Ukraine, North Korea could expand its sanctions evasions campaigns in eastern Europe without potential pushback from the Ukrainian government. Traditionally, Russia and North Korea have a shared history of forced labor and migration dating back to the Cold War when banished Soviet-Koreans helped create political and social infrastructure in North Korea, as well as numerous industrial projects within both countries.

In the modern day, the U.S. government reports that Pyongyang continues to dispatch domestic laborers and IT workers into foreign countries like Russia to illicitly generate currency for Pyongyang. While the current number of overseas workers post-COVID-19 is difficult to confirm, CNN reported in 2018 that an estimated 50,000 North Korean laborers are stationed inside Russia to generate roughly $500 million a year for Pyongyang. Despite a U.N. resolution stipulating that all member states should repatriate North Korean laborers by December 2019, the U.N. Panel of Experts on North Korea indicated that both Russia and China have allowed North Korean laborers to overstay their visas in clear violation of U.N. sanctions.

Earlier this month, Russia’s ambassador to North Korea elevated these concerns with a public statement declaring that “[North] Korean builders will be an asset in the serious task of restoring social, infrastructural and industrial facilities [in the Donbas] destroyed by the retreating Ukronazis.” In that same statement, Russian Ambassador Matsegora echoed Choe’s intent on developing state-to-state relations, adding that North Korea and the two separatist regions have “wide prospects for bilateral cooperation” with emphasis on trading coal, wheat, and industrial equipment for labor. The employment of North Korean laborers within these regions would directly violate U.S. and U.N. sanctions, in addition to violating sanctions banning the sale, purchase, and trade of coal and other specific goods to North Korea.

North Korean cyber operatives continue to launch a series of cyber intrusions against financial institutions to steal funds for Pyongyang with an increased focus on cryptocurrency exchanges. According to blockchain analysis, North Korea has successfully stolen roughly $1 billion worth of cryptocurrency from 2021 to March 2022 alone, making it the greatest state-sponsored cyber threat to the global financial services sector.

Although Russian President Vladimir Putin recently signed into law a bill that bans the use of digital payments, including cryptocurrency, for goods, services, and products across Russia, this law will likely not affect cryptocurrency activity occurring within the two breakaway states as it currently includes language specific only to Russia. As a result, North Korean cybercriminals masquerading as IT workers could seek to operate within these regions to support Pyongyang-sponsored illicit cyber activity targeting cryptocurrency exchanges and other blockchain-related financial technology.

Earlier this month, U.S. National Security Advisor Jake Sullivan mentioned that North Korea collaborates with “all kinds of cyber criminals around the world, including Russian cyber criminals.” This statement supported public and private sector analysis identifying potential links between North Korean and Russian cybercrime groups. Historically, Moscow has provided logistical and technical support to Pyongyang, which has supported the development of North Korea’s offensive cyber program. This includes establishing educational partnerships and training programs in computer science and coding to providing optic telecommunication cables for enhanced internet access to bolster cyber operations. Similar to China, Russia also allows North Korea to conduct state-sponsored illicit activity within its jurisdiction in defiance of U.S. and U.N. sanctions. For example, the U.S. Army published a report in 2020 that estimated over 6,000 North Korean cyber criminals are operating overseas in countries like Belarus, China, India, Malaysia, and Russia.

Continuous reporting on the presence of North Korean cybercriminals in Russia, and Russian-speaking regions in eastern Europe, further highlights serious concerns over Pyongyang’s official recognition of the two breakaway states in Ukraine and Matsegora’s comments regarding the potential employment of North Korean laborers to rebuild the regions.