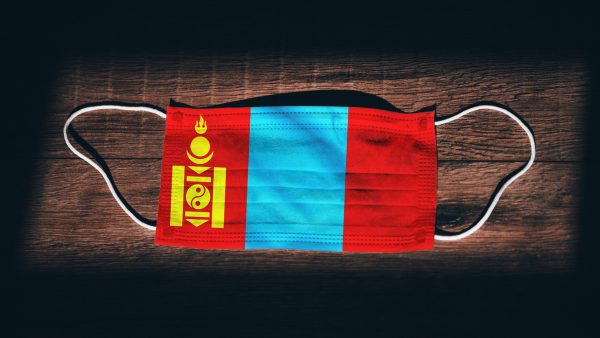 In the global fight against the COVID-19 pandemic, Mongolia stood out as a “positive outlier” thanks to its vaccine diplomacy skills, which saw Ulaanbaatar obtain vaccines such as AstraZeneca, Sputnik V, Sinopharm, and Pfizer from partners around the world. Mongolia’s multi-pillar foreign policy and diplomatic efforts were the key to its vaccine success at a time when many developing countries faced severe shortages.

Still, in the summer of 2021, Mongolia experienced its highest infection spike to date, rising sharply from a few hundred daily cases in May to a peak of nearly 4,000 daily cases in September, leading to 2,023 deaths.

Nevertheless, thanks to relentless efforts made by Mongolia’s Foreign Ministry and Ministry of Health and the assistance from China, Russia, and third neighbor countries, Mongolia has managed to turn the tides of the pandemic yet again.

In the summer of 2021, despite Prime Minister Oyun-Erdene Luvsannamsrai’s optimism, the number of daily new confirmed COVID-19 cases and death rose sharply, receiving criticism from all sides of the political and social spectrum. However, the latest figures give hope that the country has ridden out the storm, while still having a stockpile of vaccines to be administered. That has allowed Mongolia to push ahead with third doses or “booster shots.”

Bolortuya Chuluunbaatar, the press secretary of the prime minister’s office, said in a tweet on December 6 that 23 percent of the total population, or 39 percent of adults, had received a third dose of vaccine. Zavkhan province is leading in vaccination numbers, with 49 percent of adults already vaccinated with a booster. Bolortuya added that 56.6 percent of the people who have received the booster are elderly, aged between 70-74.

Mongolia’s pandemic management efforts were helped by the Mongolian government’s securing more than 2.5 million doses of booster shots of Pfizer BioNTech vaccine through the COVAX initiative, with a grant from Japan. Moreover, in August, “Japan has signed an agreement with Mongolia to extend 883 million yen ($8 million) in grant aid to help the country fight the coronavirus pandemic.” The grant specifically went toward providing cold chain equipment to keep vaccines at the proper temperatures.

While Mongolia has been active in the regional fight against COVID-19, other countries have also noticed Mongolia’s success in vaccinating both urban and rural populations. On December 2, Advisor to the Health Ministry Batbayar Ochirbat was interviewed by CNBC, and the U.S. television network recognized Mongolia’s astonishing success in bringing numbers down while receiving vaccinations and boosters. He stated, “Mongolia started with administering anti-viral early on under an organized action. We’re confident that Mongolia will get more COVID vaccines if needed. So far, we have a stockpiles of 7.7 million vaccinations.”

Given recent climate pledges made at COP26 in Glasgow, Scotland, with signals a global shift away from coal, it is paramount for Mongolia to highlight the changing investment climate. Mongolia’s change-in-gear can be viewed as an opportunity for foreign investors, but it is also a necessity for the country to shift toward truly diversifying the national economy, embracing green energy and sustainable development projects.

While all these dynamics are mentioned in Mongolia’s long-term development strategy, Vision 2050, Oyun-Erdene and his government must find a tangible roadmap to achieve these goals and improve the country’s investment environment. In the short term, Mongolia – like many other countries – must also find a solution to extreme price hikes for groceries and fuel. Moreover, as a significant recovery measurement, the Ministry of Finance rolled out the most extensive stimulus package yet, worth 10 trillion Mongolian tugrik ($3.5 billion) or a quarter of the country’s GDP.