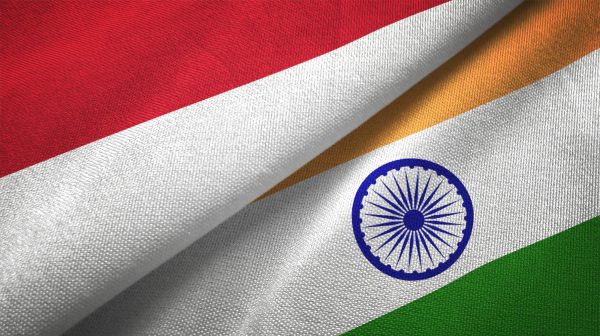 Earlier this month, India’s Deputy National Security Adviser Pankaj Saran visited Indonesia to meet with Indonesian Defense Minister Prabowo Subianto and key advisers to President Joko Widodo. The two officials signaled their intent to expand the India-Indonesia strategic partnership through a wide array of security collaborations, particularly defense production. The high-level meeting, which came after the successful 37th edition of coordinated patrol (CORPAT) exercises between the Indian and Indonesian navies last month, represented a positive effort from both sides to enhance their strategic partnership in the maritime domain.

India and Indonesia are two of the most important maritime powers in the Indo-Pacific region, which is home to vital sea lines of communication (SLOCs) and contains nine out of the 10 busiest seaports in the world. Moreover, roughly 60 percent of the world’s maritime trade passes through the region. While neither of the two countries has fulfilled its full maritime potential, both stand to secure benefits through collaboration and cooperation. A stronger India-Indonesia strategic partnership in the maritime domain could greatly contribute to the stability of the Indo-Pacific.

India and Indonesia can be considered as the gatekeepers of the Indo-Pacific given their geographic locations. Indonesia serves as the strategic crossroad of the Indo-Pacific, facing both the Pacific Ocean to the east and the Indian Ocean to the west. Similarly, India’s Andaman and Nicobar Islands lie at the intersection of South Asia and Southeast Asia and are adjacent to the western entrance of the critical Strait of Malacca, one of busiest sea routes in the world. Interestingly, the southernmost point of the islands sits just 90 nautical miles from Indonesia.

This means that both countries straddle vital SLOCs that serve as the economic lifelines of the Indo-Pacific. The SLOCs that lie close to India serve as important avenues for energy supplies heading to Southeast and East Asia. Moreover, the straits and chokepoints of the Indonesian archipelago extend these vital SLOCs toward the South China Sea and the Western Pacific. Given the vulnerability and importance of these lines to the development of every nation in the region, India and Indonesia must realize the potential in jointly establishing themselves as responsible stakeholders that can help secure and maintain the rules-based order in the Indo-Pacific, given the rise of certain countries – most notably, China– that seek to revise the status quo.

On this issue, another important factor that can add more momentum to the India-Indonesia security partnership is the two nations’ shared threat perception. As China continues to grow in material capabilities, its assertive actions throughout the region are hard to miss. Moreover, both India and Indonesia are no strangers to China’s assertive activities. China’s increasing naval activities and military facilities have greatly enhanced its reach in the South China Sea. Moreover, the proximity of Beijing’s “nine-dash line” to Indonesia’s Natuna Islands, coupled with recent provocations by China in and around the country’s Exclusive Economic Zone, are  causes for concern for Indonesia. Similarly, China’s deepening strategic footprints in the Indian Ocean and its growing collaboration with the Pakistani Navy have contributed greatly to the instability in the region and the tensions faced by India. Therefore, it should be in the best interest of India and Indonesia to maximize their partnership to meet these common threats.

While the strategic partnership between India and Indonesia has greatly improved since the late 1990s, certain gaps remain given the differences in their historic security approaches. Indonesia has been greatly influenced by the constraints posed by its scattered archipelagic geography, which has motivated its leadership to focus inwards rather than prioritize the need to project power outwards. Similarly, India has placed more emphasis on its continental characteristics, which in turn have greatly shaped its security policies. However, due to the shifts in the global geopolitical landscape and China’s burgeoning assertive naval activities in various parts of the Indo-Pacific, both India and Indonesia have significantly reoriented their individual policies toward regional maritime security.

The establishment of Indonesia’s Global Maritime Fulcrum and India’s Security and Growth for All in the Region (SAGAR) initiatives are clear illustrations of this point. Both visions converge in several respects, including their desire to maintain the status-quo and the importance of ASEAN centrality. This has allowed India and Indonesia to explore more areas for partnership on regional maritime security. On the operational level, significant efforts have also been made to expand the strategic partnership toward the seas.

The year 2018 witnessed several firsts in the India-Indonesia strategic partnership. Both countries decided to step up their defense partnership in the realm of maritime security by not only elevating their bilateral relations to a comprehensive strategic partnership, but also through the introduction of a new bilateral naval exercise known as the Samudera Shakti. This recently established exercise adds a war-fighting dimension to the countries’ maritime cooperation and significantly complements the maritime law enforcement focus of the CORPAT.

Adding to these important bilateral developments is the joint initiative between India and Indonesia to develop the deep-sea port in Sabang to bolster regional maritime connectivity. Sabang is strategically located on the tip of Indonesia’s Sumatra Island, at the mouth of the Malacca Strait as well as lying close to India’s Andaman and Nicobar Islands. Enhancing such collaborative endeavors will allow both countries to enhance their maritime presence and contribute greatly to the security of the region.

While the momentum in the India-Indonesia strategic partnership has greatly increased as of late, there is still a lot of potential for developing relations further with respect to maritime security in the Indo-Pacific. Despite the presence of bilateral frameworks, the need is for both countries to operationalize them through consistent interactions and constant improvements. Moreover, other areas of maritime cooperation must also be explored, including domain awareness, interoperability, informational sharing, and maritime law enforcement. This will allow both countries to maintain the upper hand in their efforts to address emerging traditional and non-traditional security challenges in the region. A more robust and proactive India-Indonesia strategic partnership in the maritime domain will greatly benefit and contribute to the security of the Indo-Pacific.