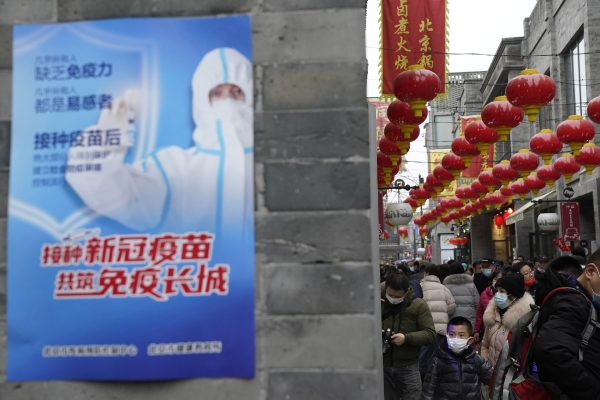 With only a few weeks left before the 20th National Party Congress, the Chinese leadership still has to deal with the consequences of the pandemic, ranging from the economic to the socio-political. After Shanghai, it is now Chengdu’s turn: a lockdown has been imposed, indefinitely, in pursuit of the so-called “zero-COVID” policy, which is generating discontent among the population.

Since the new coronavirus started circulating in China’s Hubei province, the Chinese Communist Party (CCP) has been committed to showing great efficiency in dealing with the health crisis. At the international level, it strove to project an image of China as a responsible power and to restore its reputation at a time when the rest of the world was blaming it for causing the pandemic. Indeed, to prove its readiness and goodwill, China stepped in to send aid to countries in distress, which were unprepared to cope with the pandemic. Nationally, the CCP soon took strict measures to contain the virus, which actually led to a decrease in the number of infections during the first wave.

The response to COVID-19 contrasts with the party’s reaction to previous health crises, specifically SARS, when the approach was to downplay the extent of the virus. In 2003, the epidemic in Guangdong was mainly seen as a destabilizing event for the progress of economic growth and national production. Additionally, the CCP was going through a delicate phase of the power transition from Jiang Zemin to Hu Jintao, who had already been designated as CCP general secretary in 2002 and would assume the presidency in 2003.

The first reports about the spread of a highly lethal pneumonia came from Hong Kong, one of the cities most affected by SARS, which still enjoyed a certain freedom of the press and had lively international interactions. In Hong Kong, people denounced the severity of the disease, forcing the national authorities to admit that an epidemic was going on, after pretending nothing was happening for over a month. On that occasion, the premier, Wen Jiabao, called for the whole nation to “work closely together to win the fierce battle against the disease,” an exhortation for collective engagement that the party would repeat following the outbreak of COVID-19.

Nonetheless, despite the official recognition of SARS, the Chinese leadership did not spend much time on building a detailed party narrative or re-elaborating the collective trauma left by the virus. All that remains in the public memory is a memorial in Hong Kong, at the Charter Garden, celebrating the eight doctors who lost their lives to curing what was a yet unknown virus, and two monuments in Wuhan and Beijing to commemorate the laboratory animals that died in testing vaccines for SARS.

Following the outbreak of the COVID-19 pandemic, however, the CCP took a different approach than in 2003. This happened for two main reasons. First, the fast and broad dissemination of COVID-19, including its spread beyond China’s borders, did not allow the party to cover up its existence, even if, according to some countries, like the United States, there may have been an initial attempt to do so. Second, nowadays the party is far from managing a transition of power but is instead committed to preventing such a transition from happening. President Xi Jinping, who has guided the CCP since 2012 and the country since 2013, has no plans to initiate any succession.

The combination of these two factors led the CCP to seek a strategy to turn the pandemic from a crisis into an opportunity. This meant creating consensus around the party’s actions by depicting the pandemic, both discursively and visually, as an existential threat to the safety and well-being of the Chinese people, from which only the CCP could save them.

At the discursive level, slogans played a crucial role in circulating this narrative over COVID-19. They have been displayed on banners in the streets and bounced on social networks, as people were forced to stay home. Slogans have always been part of the CCP’s political tradition. Many party leaders have created mottoes or catchphrases to advertise a certain patriotic policy or thought, some of which have become famous.

Yet the slogans promoted during the COVID-19 pandemic were remarkably aggressive, sometimes even gruesome. To mention one of the most common: “If you hang out in public today, grass will grow on your grave next year.” These targeted indeed at leveraging people’s feelings, like the fear of falling ill or in the worst-case scenario dying, but also the fear of being judged an unpatriotic person, or in CCP lingo “a class enemy.”

Furthermore, it was a common theme  – and not only in China, but also in Europe and the United States – to associate COVID-19 with an external enemy, against whom the government would deploy mass mobilization, or, quoting again the lexicon adopted by the party, to conduct a “people’s war.” This has likely contributed to the Chinese population’s winning collaboration with and assent to the policies adopted by the government to contain the virus. The more the virus has circulated, the more the Chinese authorities have enforced lockdowns and used increasingly intrusive high-tech surveillance mechanisms, from tracking tools to facial recognition scanners, limiting individual freedoms.

To disseminate its propaganda, grounded on the imposition of strict preventive measures, international aid, and praise for collective sacrifice, the CCP also resorted to visual elements, accessible even to a less educated public. Illustrations or cartoons were thus disseminated by the government press to persuade the wider public of the success of the party’s anti-COVID-19 strategy. Furthermore, including visuals in its propaganda allowed the CCP to reach a non-Chinese-speaking audience. This was clearly shown in the animation “COVID-19: How China fought the war” published by the CCP mouthpiece, People’s Daily, which praised the so-called “C.H.I.N.A formula” (Curbing the transmission; Highest priority; International cooperation; Nationwide efforts; All-society mobilization). Meanwhile, the uncontrolled spread of the virus was blamed on the inability of other (Western) countries to cope with the pandemic.

COVID-19 has visually entered the party’s narrative at different levels, from the propagandistic use of images to the construction of state monuments. In this regard, pictures showing party leaders as well as ordinary people observing three minutes of silence in memory of the pandemic victims have gone around the world. Similarly, a memorial in Wuhan has been dedicated to the those who lost their lives due to the pandemic, and an exhibition, named “Unity is Strength: An Art Exhibition on the Fight Against COVID-19,” was hosted, for two months, from August to September 2020, at Beijing’s National Museum.

In sharp contrast to SARS, the CCP has included COVID-19 in its narrative. The party is clearly pursuing an instrumental storytelling of the health crisis to justify the policies put in place to contain it. Under Xi Jinping’s leadership, the party has bent the pandemic to the pursuit of its own political ambitions, first and foremost greater control of political power over the Chinese population. One of the most evident achievements has been the repression of protests in Hong Kong, which have been a serious concern for the CCP in maintaining internal stability since the summer of 2019. Even before the imposition of the national security law, Hong Kong authorities curbed all protests in the name of COVID-19 restrictions on large gatherings.

The pandemic revealed the kind of leadership the CCP is striving to pursue, namely that of an increasingly authoritarian power that seeks to exert a growing pervasive influence in Chinese society. It is to be expected that at the October Congress, the party will reconfirm this attitude, which it will continue to perform, including through the imposition of severe anti-COVID-19 measures.

The author is grateful to Fondazione Cassa dei Risparmi di Forlì for the financial support of her research fellowship.