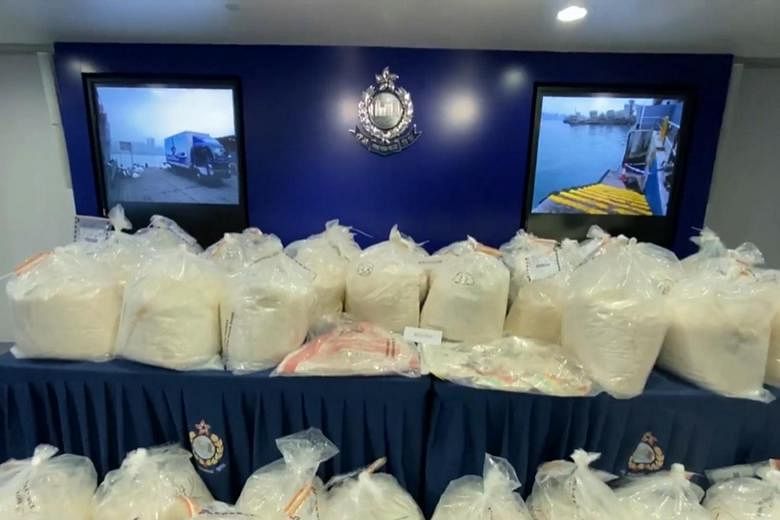 HONG KONG (AFP) – A haul of ketamine worth over US$100 million (S$135 million) has been seized by Hong Kong officials, police said on Saturday (Dec 25).

The record-breaking 1.3 tonnes of the drug, valued at around HK$840 million (S$146 million), is the largest bust of its kind in the city’s history.

On Friday morning, officers intercepted the narcotics as they were being offloaded from a speedboat in the seaside Lei Yue Mun district.

“Drug trafficking syndicates would use fishing boats or oceangoing vessels to transport the drugs to the high seas near Hong Kong waters. Then they will arrange speedboats to smuggle the drugs to shore,” Chief Inspector Ip Sau Lan said at a press conference.

Three local men and a man of Indian nationality, aged between 32 and 47, were arrested and remain in custody.

Police said the investigation is ongoing and would not rule out further arrests.