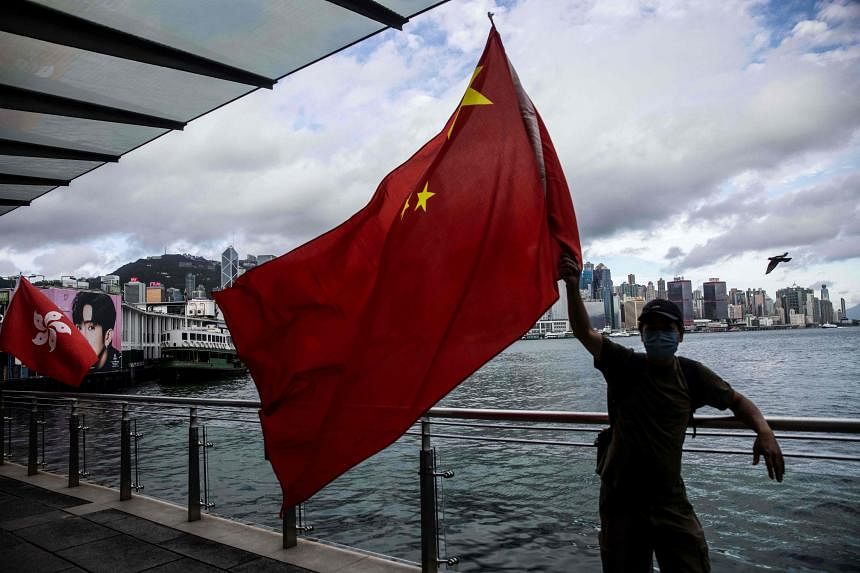 The UN Human Rights Committee, which oversees respect for a global treaty on civil and political rights, said it was “deeply concerned about the overly broad interpretation of and arbitrary application of the law”.

In its report, which was harshly criticised by the Hong Kong government, the committee said the territory should “take concrete steps to repeal the current national security law and, in the meantime, refrain from applying the law.”

The committee is made up of 18 independent experts who are appointed by the UN but do not speak on its behalf.

It pointed out that the law had reportedly led to “the arrests of over 200 persons since its enactment in 2020, including 12 children, on grounds of endangering national security”.

The 2020 security law, imposed amid a sweeping crackdown after pro-democracy protests engulfed the city, criminalised subversion, secession, terrorism and collusion with foreign forces.

Since the law took effect, opposition has been quashed and most leading democracy figures have fled the country, been disqualified from office or jailed.

The committee does not review China, which has not ratified the International Covenant on Civil and Political Rights (ICCPR), but Hong Kong became a party to the covenant through the Basic Law that enshrined the territory’s semi-autonomous status in the handover from Britain 25 years ago.

Hong Kong slammed the findings presented after the committee’s fourth review of the territory, which involved a dialogue with authorities.

A spokesman for Hong Kong’s Constitutional and Mainland Affairs Bureau said authorities were “completely dismayed that the committee continues to express unsubstantiated criticisms”.

“It should be stressed that the National Security Law was enacted to restore the enjoyment of rights and freedoms which many people in (Hong Kong) had been unable to enjoy during the period of serious violence between June 2019 and early 2020,” he said.

In its conclusions, the committee lamented that the security law was not in line with the ICCPR and had been enacted “without consultation with public and civil society” in the city.

It also warned that its “lack of clarity” made it difficult to determine what behaviours and conduct constituted a criminal offence.

And it decried that the law resuscitated sedition as an offence for the first time in decades, pointing to how it was used to charge academics, journalists and others “for having exercised their legitimate right to freedom of speech”.

The committee lamented that national security cases could be transferred to mainland China, as well as “the excessive power” afforded to Hong Kong’s chief executive under the law.

This, it warned, “can effectively undermine the independence of judiciary and procedural safeguards for access to justice and right to a fair trial”.