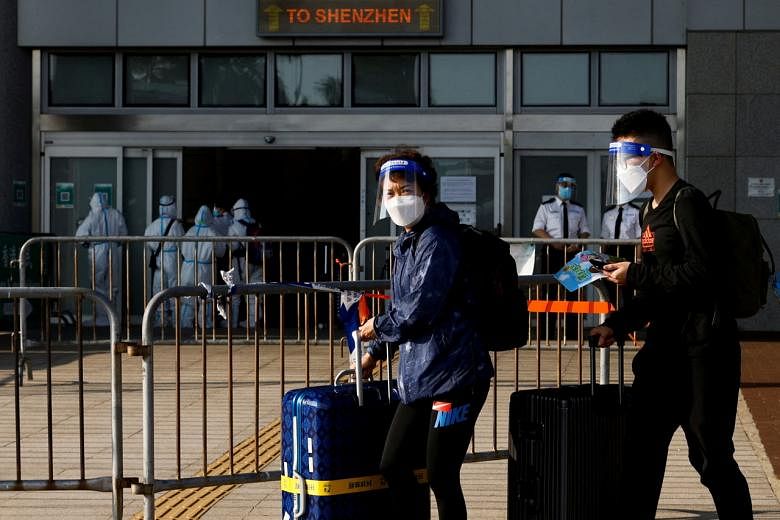 The Asian financial hub launched a website on March 7 for people to report infections in order to speed up the process of sending high-risk patients to community isolation facilities after a surge of daily cases overwhelmed the city’s gold-standard laboratory testing system.

It is incumbent upon the government and the law enforcement authority to tell people that “there is a legal basis” to disclose their results, Ms Lam said during her daily briefing on Friday (March 18).

“If there are people blatantly refusing to comply, then isn’t it (incumbent) upon the law enforcement body to do something?” she said.

The government would rather have people cooperate and fulfil their civic responsibility, Ms Lam said, adding that there have been a small number of arrests or prosecutions of people breaching quarantine orders.

Hong Kong recorded more than 21,000 new infections and 289 deaths, including a backlog of 87, on Thursday.

Over the past five days, more reported cases have come from antigen rapid tests taken at home than by the polymerase chain reaction tests run in laboratories.

Many people have not disclosed positive home test results, however, out of fear that they would be sent to isolation or could be separated from their families.

A survey of more than 450 people found that over 70 per cent knew someone that tested positive but did not report the result.

Almost everyone thought the official case figures published by the health authorities were too low, underestimating the real size of the outbreak, local media reported on Tuesday.

University of Hong Kong researchers estimated that about half of the city’s 7.4 million people had been infected by the middle of March, although fewer than one million cases have been documented.

They forecast that as many as 4.5 million people will catch Covid-19 before the current outbreak ends.