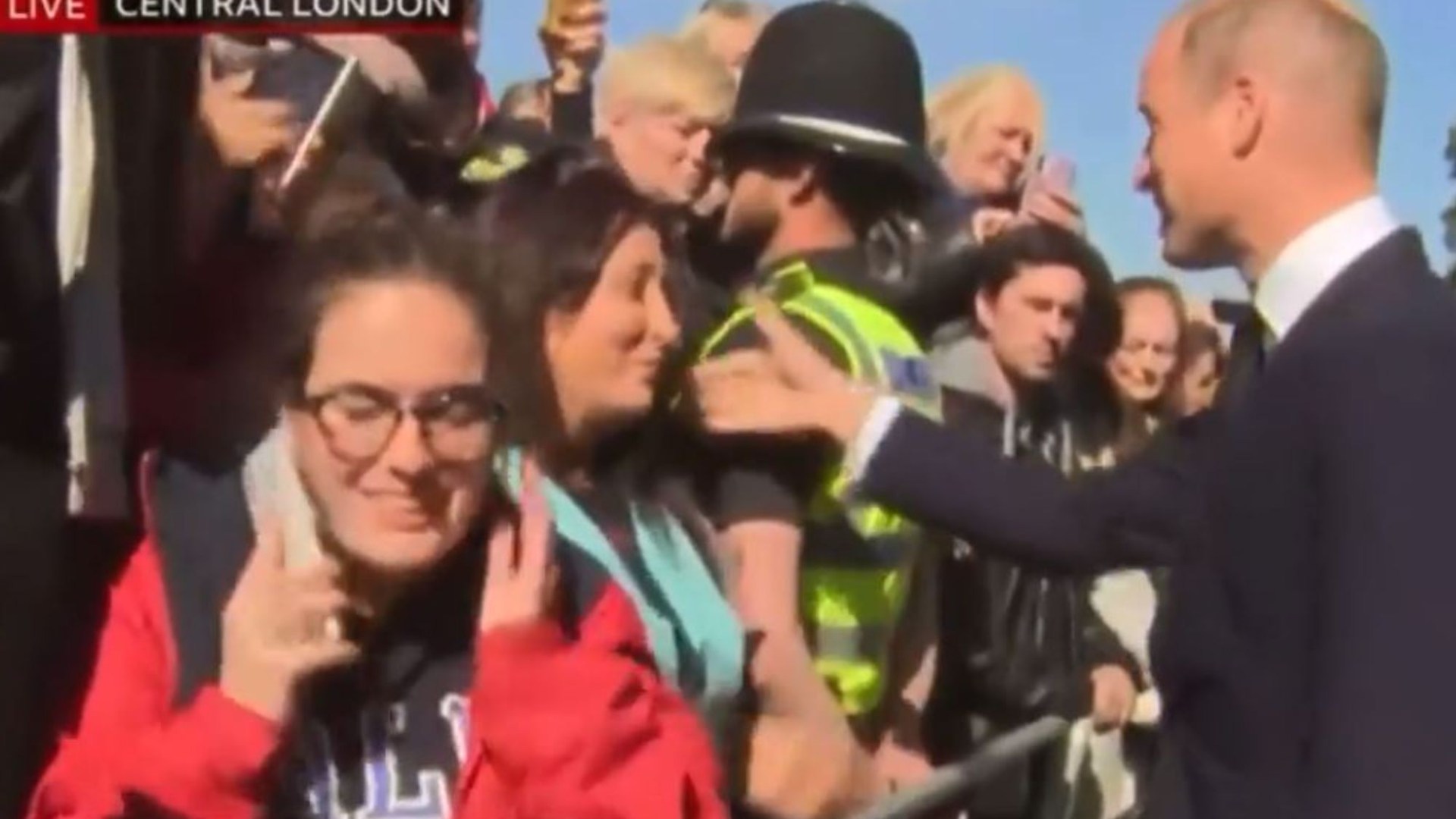 EVERYONE knows that one person who always has the worst timing when it comes to phone calls.

But one woman’s dad may hold the record for this, as he called his daughter just seconds after she met the Prince of Wales, Prince William.

The hilarious moment, which the woman is unlikely to forget anytime soon, was caught on camera on BBC news rolling coverage of the royal family following the Queen’s passing.

It has since been posted to Twitter by RoyalCentral, where it has racked up over 50k views.

The hilarious video shows the Prince continuing to greet members of the public, while the excited woman can be seen, and heard, on the phone to her dad.

Royal fans commenting on the clip found the hilarity rather sweet amidst such a sad and strange time.

“Wrong timing Dad”, quipped one fan, while another joked: “You can’t do this to Dad when you’re with your boyfriend, but you can with Prince William.”

And another commented: “Prince William >>>> everything else.”

“Her Dad is now a part of the day too”, added one fan, echoing a rather sweet sentiment.

Other Royal fans praised Prince William himself for taking the time to speak with the members of the public.

“Love seeing Prince William taking the time to greet as many people as possible in #TheQueue He has the perfect characteristics required to make an excellent King one day. Diana would be so proud!”, wrote one such royalist.

Another added: “God bless him. William is such a beautiful soul and he takes time to engage and thank the crowds, esp the children.”

“These Royals are very brave meeting the public in such close proximity when there’s elements of society that mean them harm”, wrote a third.