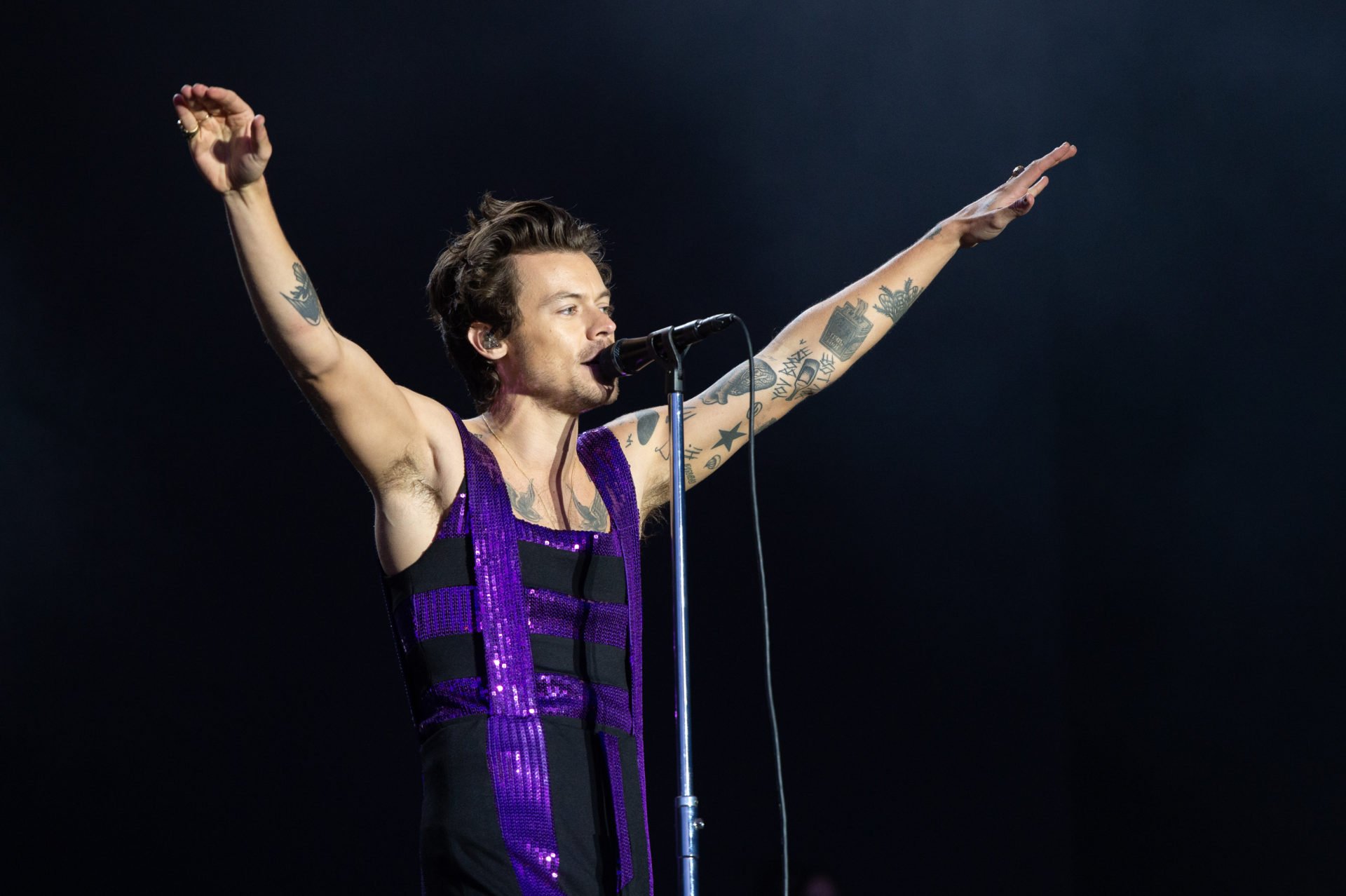 Harry Styles is the name on everybody’s lips at the moment, from his iconic outfits to his unquestionable talent – the man has it all.

If you’ve been a Harry stan for as long as you can remember, you’ll recall the curly haired 16-year-old who won the hearts of people all over the world on The X Factor.

However, nowadays the Golden singer has gone for a very different look – and we’re still just as obsessed.

When Harry began his career in One Direction, he was nothing short of a teenage heartthrob.

From taking the stage at his audition in Manchester wearing a white T-shirt and grey cardigan matched with a scarf – he’s really come a long way.

From 2010 to 2014 Harry kept his pretty boy curly hair, before deciding to grow it longer in 2015 for his more mature look. This was just one year before the band’s hiatus was announced, and Harry went on to develop his own solo career.

In 2016, whilst filming for Christopher Nolan’s Dunkirk, the star cut his hair short again as he made his acting debut.

It wasn’t until Harry’s solo career that he really began to express himself through his clothes, which has even led to him being called ‘the best-dressed musician in the world’ by GQ magazine.

In 2022, Harry’s look is extremely different from his 1D days. Some of his most recent iconic looks include the rainbow-striped jumpsuit that he wore to Coachella 2022, as well as his hot pink vest and pants with his initials emblazoned in silver letters on the back – which many of his fans have replicated for his Love on Tour 2022.

Harry’s fashion change isn’t the only thing that people have picked up on, as numerous fans have spotted the 28-year-old looking a lot more ripped than he used to be.

When the singer-songwriter isn’t busy making music and performing for his fans, Harry isn’t shy of a good workout. According to Health Yogi, Styles’ workout routine consists of cardio, weight training, and yoga.

Not only will hitting the gym have contributed to his incredible muscles, but also the amount of effort he puts into each of his performances. If you’ve seen Harry live, or even seen clips, you’ll know the star is up and down the stage dancing his heart out.

Not a day goes by where Harry isn’t talked about across social media, with fans praising his looks day in and day out.

Other fans can’t help but fangirl over his muscles…