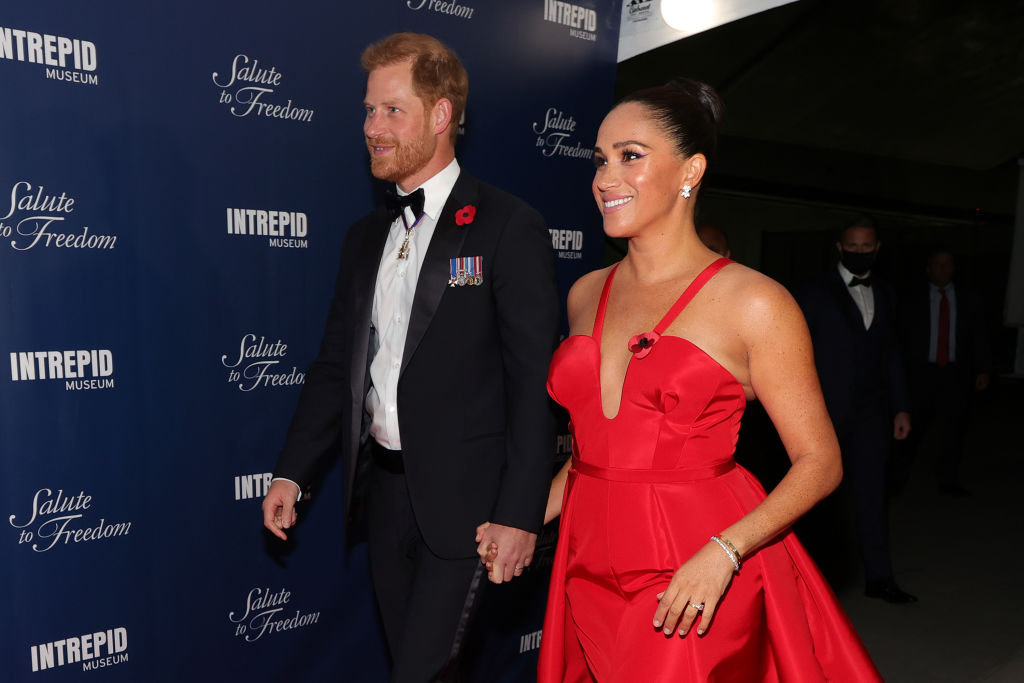 Prince Harry and Meghan Markle shared the first glimpse of their seven-month-old daughter Lilibet Diana as they wished their fans a Merry Christmas.

The candid picture showed the Duchess of Sussex holding up her daughter as the newborn giggled in her arms. Her husband Prince Harry had a huge smile on his face as he held their two-year-old son Archie in one arm and put the other around Meghan, as he looked at their youngest-born.

The couple had hidden Archie’s face in the past few portraits including those from his second birthday, but revealed it this time in a surprise move. The young royal looked a carbon copy of his father with his red hair and facial features. His younger sister also appeared to have inherited their father’s gene of red hair.

The portrait for the holiday card was clicked by Alexi Lubomirski, who shot Harry and Meghan’s engagement photos and the official family portraits on their wedding day.

The couple, who are celebrating Christmas at their $14.7 million mansion in Montecito, released the card to announce the donations they have made to several charities. The beneficiaries include an organisation that supports Afghan families left behind after the US withdrawal, and “Paid Leave For All,” which is campaigning for a paid family leave law for all Americans, a cause advocated by the Duchess.

Their message for the holiday card read, “This year we welcomed out daughter, Lilibet, to the world. Archie made us a “Mama and Papa” and Lili made us a family. As we look forward to 2022 we have made donations on your behalf to several organizations that honor and protect families – from those being relocated from Afghanistan to American families in need of paid parental leave.”

Some noted that the duo used the American “Happy Holidays” phrase instead of the traditional British phrase “Merry Christmas” in their message as they spend their third Christmas away from the British royal family in the UK. The couple have only spent one Christmas holiday in the UK since their wedding in May 2018.

According to a report in The Mirror, Harry also paid tribute to his late mother Princess Diana with the Christmas card. In the portrait, the 37-year-old is seen wearing a bracelet that he acquired on his first trip to Africa in 1997, his first travel abroad since he lost his mother that same year.

“I first came [to Africa] in 1997, straight after my mum died. My dad told my brother and me to pack our bags — we were going to Africa to get away from it all,” he had previously said about the trip.

The British royal is rarely seen without the bracelet since he got it over two decades ago. He wore it all through his schooling at Eton, as well as when he introduced his son Archie to the world in 2019.