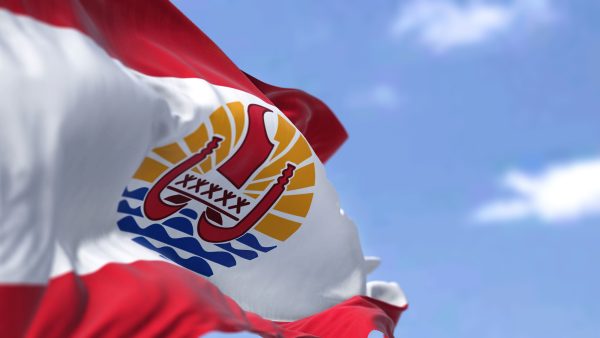 “You cannot be French on Monday and Chinese on Tuesday.”
–French President Emmanuel Macron, 2021.

An aquaculture farm project on the atoll of Hao in the Tuamotu Archipelago highlights this dichotomy. The project, led by Wang Cheng, a Chinese investor and president of Tahiti Nui Ocean food, arouses suspicion and criticism. Some consider it disproportionate: 350 million euros of investment (exclusively Chinese capital), a 8,000 square meters of factory, 50,000 tonnes of production per year, 500 jobs created. Given the size of the project, the risks for the environment are already clearly identified and the economic viability has been widely  questioned.

In addition, Hao Atoll, a former military base for French nuclear tests in the region, is of major strategic interest. Infrastructure already exists, such as an airstrip of more than 3 km protected by a dyke and a deep-water port. National deputy Moetai Broherson believes that the objective of this project is not economic, but rather logistical, to make the atoll a supply point for Chinese fishing vessels in the region.

French President Emmanuel Macron also expressed doubts about this project: “I sometimes see projects that are, dare I say, exotic, adventurous, with uncertain funding, improbable job creation, with strange investors? You must beware! It’s not a good idea”.

Do these presidential statements foreshadow the end of the project? Not necessarily.

In Polynesia, Macron’s statements have been widely criticized. The mayor of Hao has taken a stand to support the project. The construction contractor on the atoll also confirmed that construction is still ongoing. The former president of French Polynesia, Gaston Flosse, an ardent defender of the aquaculture farm, called on the French government to explain this reversal.

The Polynesian government has not officially reacted, but political figures such as Thierry Nuhn Fat or Tearii Alpha have reaffirmed that the territory has the ambition to carry out the project. French Polynesia has already invested nearly 5 million euros for the construction of a protective dyke and a bypass road in Hao.

Beyond the aquaculture farm, the positions of the French state and the Polynesian government regarding China’s influence in the Pacific region are not systematically aligned; at time they are even antagonistic. For example, in November 2019, Edouard Fritch, the president of French Polynesia, claimed that the territory was part of China’s Belt and Road Initiative: “It is therefore by the common interest shown by Chinese private investors and by all Polynesian governments on all sides that China has chosen to place French Polynesia on the Silk Road.” Regarding the Indo-Pacific strategy promoted by the French state, Fritch added: “I consider therefore this initiative of President Macron as an complementary and alternative offer, for our Pacific countries, vis-à-vis the Belt Road Initiative.”

The president of French Polynesia confirmed that it will seek to make the most of the two competing strategies. This standpoint is highly symbolic because Edouard Fritch, president since 2014, embodies a pro-French political movement. His stance shows that even among anti-independence political parties, the diplomatic narratives developed by the French government are not unanimously accepted in French Polynesia.

In a context of China’s growing influence in the Pacific region, French Polynesia, like other island states or territories, seeks to develop its own balance of power. According to article 74 of the French Constitution, French Polynesia is a French overseas territory, with an enlarged status of autonomy and its own institutions (president, government, and legislative assembly). The president of French Polynesia is legally empowered to establish external relations. The territory is a member of international organizations such as the Pacific Islands Forum and the Pacific Community. In addition, Polynesian leaders have regularly met with high international political authorities:  Chinese President Xi Jinping in 2011, U.S. President Barack Obama in 2016, U.N. Secretary General Antonio Guterres in 2019.

The Polynesian executive notably maintains strong bilateral relations with China, without necessarily involving the French state. Beyond official institutions such as the Chinese consulate (2007) and the Confucius Institute (2013), soft power initiatives led by official authorities or by mandated associations are used locally to promote Beijing’s influence.

Indeed, French Polynesia presents a major strategic interest for China. It is a pivotal maritime space of 118 islands between Asia and America, covering an EEZ of nearly 4.5 million square kilometers. Its southern position also makes the territory suitable for all types of space observation and modern forms of connectivity (aerial, extra-atmospheric, navigation, telecommunications).

For its part, the Polynesian government, aware of its economic dependence on financial transfers from the French state and isolated from its own regional environment, sees in China prospects for economic growth that no other player can offer it.

With that context in mind, the aquaculture project in Hao is a litmus test for a new international context in French Polynesia. Its completion or abandonment will be a marker of the new geopolitical balance.