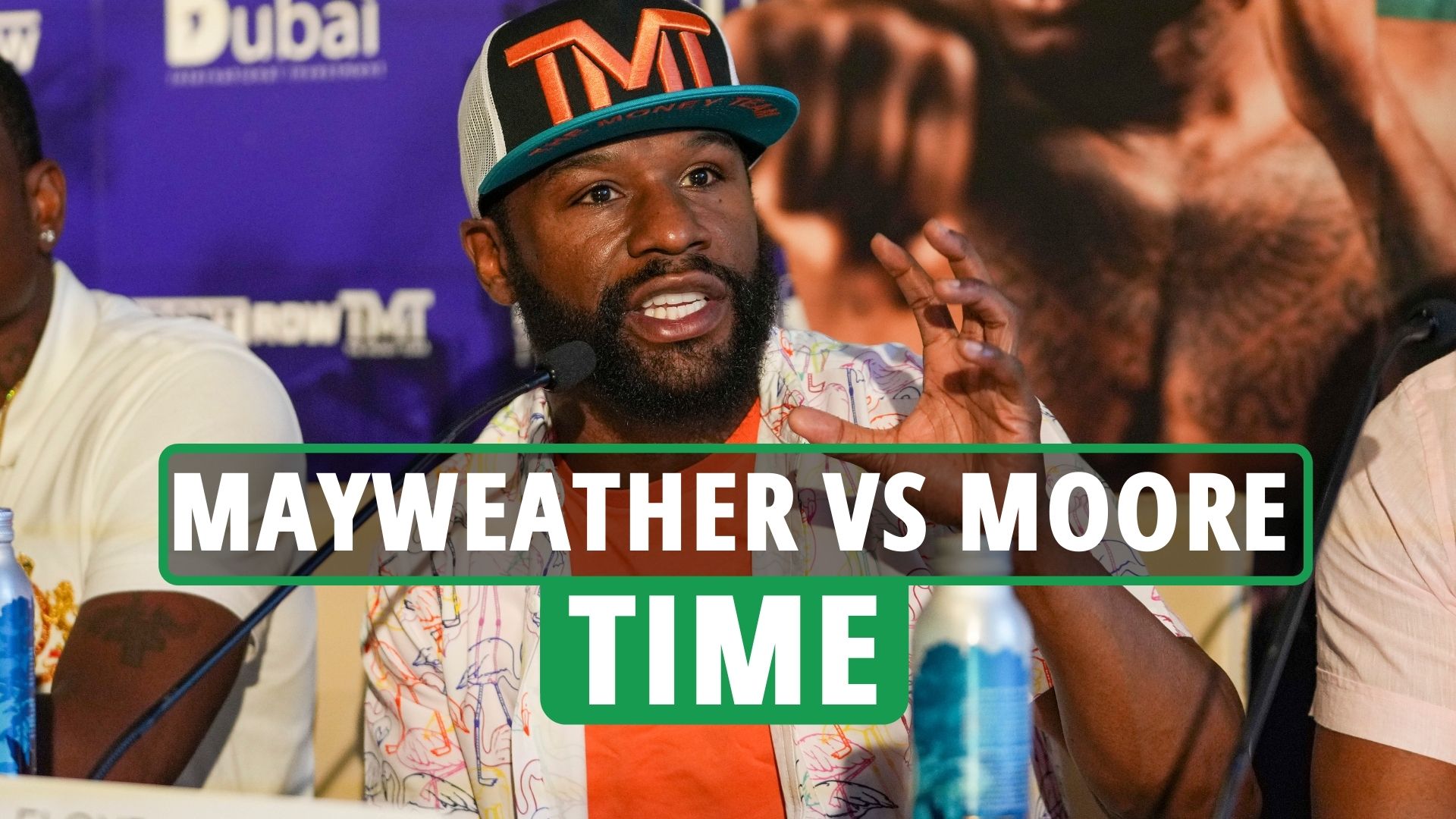 FLOYD MAYWEATHER is stepping back inside the boxing ring TONIGHT when he takes on Don Moore.

The exhibition clash was set to take place last weekend on a helipad on top of the 700ft Burj Al Arab Jumeirah hotel helipad in Dubai.

Though instead the fight was postponed because of the death of UAE President Sheikh Khalifa bin Zayed Al Nahyan.

It left organisers scrambling to find a new date after the ring was put up only hours before the cancellation.

Now Mayweather’s fight against his former sparring partner Moore will take place in the Etihad Arena in Abu Dhabi TONIGHT.

What time is Floyd Mayweather vs Don Moore?

The undercard kicks off from 7pm UK time.

And the main event of Mayweather vs Moore is expected at 10pm.

The fight is scheduled for eight rounds.

What live stream is Floyd Mayweather vs Don Moore on?

Floyd Mayweather vs Don Moore will be broadcast live on Fite.TV.

Fite begin their coverage at 7pm.

What is the full fight card?

What have they said?

Floyd Mayweather: “Don will come to fight. It’s a little different; Don is going to come to fight and may the best man win.

“Whereas at the Hard Rock Stadium, Logan Paul talked a good game but didn’t come to fight; he came to hold.”