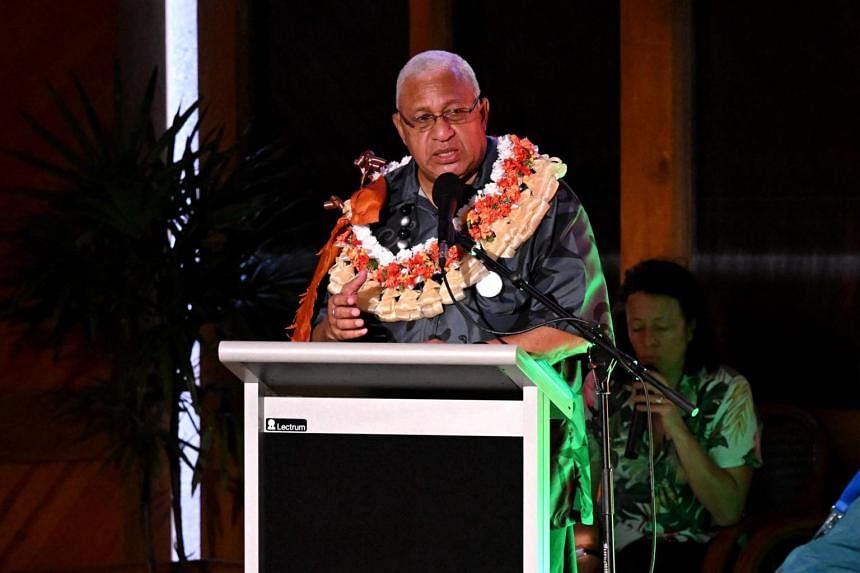 Ratu Meli Bainimarama, 36, appeared in court on Thursday to face 17 counts, including assault, choking and distributing intimate images without consent.

“My son is not a member of the Fijian government and this is not a political or diplomatic matter,” the Fijian prime minister said in a statement, but added that he and his wife were “deeply concerned and disturbed about the charges”.

“During my service as prime minister I have openly and routinely condemned violence perpetrated against women and children, and that commitment is unwavering,” he added.

Bainimarama said it was “not appropriate” to comment further on “any matter before the Australian courts”.

Ratu Meli Bainimarama was arrested on Sept 8 in the state of Queensland and extradited to New South Wales.

An Australian judge initially issued a suppression order on his name, restricting the media from identifying him.

But a court in Sydney lifted the order on Friday national broadcaster ABC contested it.

The prime minister’s son faces five charges of assault causing bodily harm, four of common assault, four of choking without consent, two of stalking or intimidating, and one each of intentionally distributing intimate images and destroying property.

Bainimarama was granted bail and the case adjourned to October 13 at Windsor Court in north-western Sydney. AFP