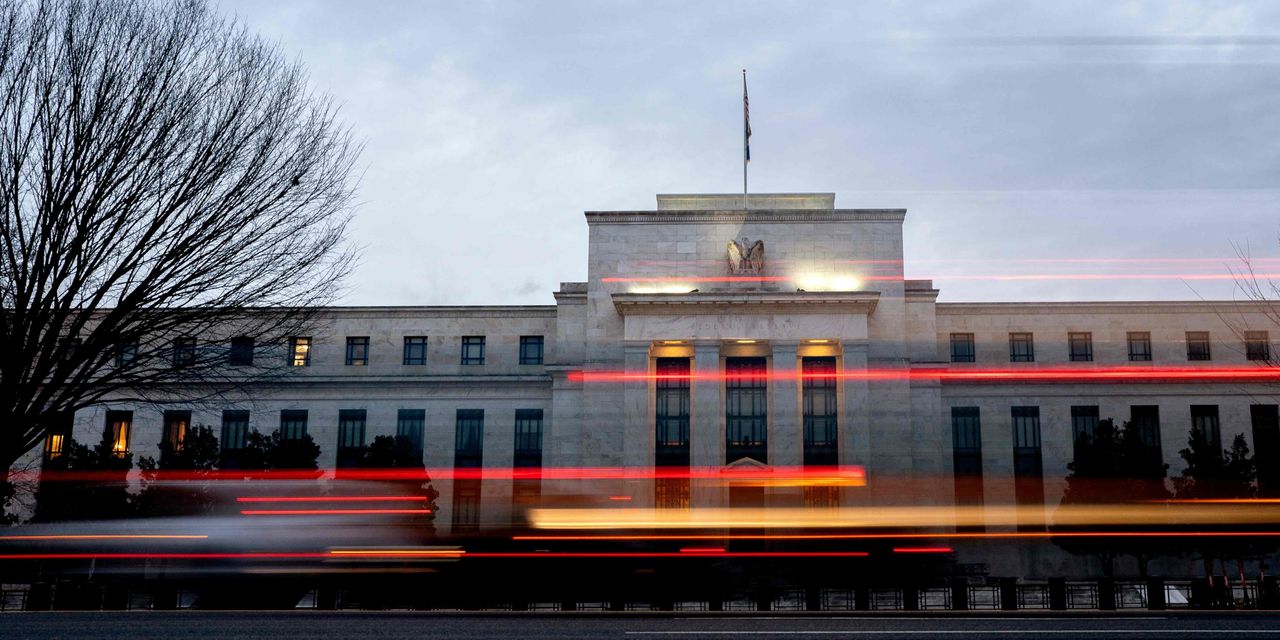 Two senior Federal Reserve staffers reported a series of financial market trades in early 2020, as the central bank swung into action with a historic stimulus effort aimed at supporting the economy through the coronavirus pandemic.

The transactions, by two senior Fed economists with access to the central bank’s policy deliberations, came as Fed Chairman

signaled in late February a monetary policy pivot in response to worsening risks to the economy due to the pandemic.

Mr. Stevens reported 46 financial trades on Feb. 27 and Feb. 28, 2020, buying and selling individual company stocks, mutual funds and other investments, his disclosure form showed. He reported 566 trades that year, making his list of market trades the most active among the 88 senior Fed board staff whose forms were reviewed by the Journal.

On Feb. 27, Ms. Hancock reported a sale of over $1 million in the iShares Edge MSCI USA Quality Factor exchange-traded fund, which holds shares in selected companies. She reported the purchase of between $500,001 and $1 million of shares in the same fund on March 18, 2020. These were among 14 trades she reported on her 2020 disclosure form.

The disclosure forms provide only ranges for the values of the transactions, rather than the exact amounts. Ms. Hancock, also noted a purchase of between $250,001 and $500,000 in Advanced Micro Devices Inc. stock on Feb. 12 and a sale of between $100,001 and $250,000 of those shares on Feb. 28—a day when stocks marked their biggest weekly losses since 2008, and Mr. Powell released a statement signaling a possible monetary policy response.

A Federal Reserve spokesperson said the trades were all compliant with both government rules and the Fed’s internal guidelines.

Mr. Stevens said, via a Fed spokesperson, that the transactions listed on his 2020 disclosure form were almost entirely tied to a spouse’s inheritance, and he didn’t direct that trading. He also said he apprised the spouse’s financial adviser about Fed-related trading restrictions, and the holdings were “rebalanced” to comply with central bank rules.

After the publication of this story, Dominique Casimir-Stevens, Mr. Stevens’ wife, said the trading reported on her husband’s disclosure form was directly tied to the death of her father in 2019. She said she inherited securities and pre-determined trading strategies that led to the reporting of extensive stock trading over the course of that year.

Ms. Hancock said, via the spokesperson, that her spouse made the iShares and AMD trades, and she didn’t have any control over those transactions.

The Fed spokesperson said the presentation of the disclosure forms is determined by the U.S. Office of Government Ethics, which doesn’t offer filers a way to say whether they or a spouse was responsible for a given transaction in the final form. The Fed is required to use this system when its senior staff file disclosures.

The early months of 2020 were a time of intense volatility in financial markets, with stocks falling and bonds rallying as coronavirus case counts rose around the world, prompting U.S. health authorities to warn the public about the potential for severe disruptions to daily life.

Mr. Powell, in a statement on Feb. 28, 2020, signaled that the central bank would cut interest rates, if needed. The central bank’s policy committee reduced rates in March and launched a slew of new programs to stop a financial crisis, stretching the boundaries of U.S. central banking.

Stock trading by government officials has since come under scrutiny. Three top Fed policy makers have resigned since September after news reports of their financial trading during 2020 raised concerns about officials’ potential to trade on nonpublic information, and triggering a reputational quandary for the central bank.

What restrictions should the government put on federal employees for trading securities? Join the conversation below.

A spokesperson from the inspector general’s office declined to comment on the investigation. The 12 regional Fed banks declined to provide financial disclosure forms for senior staff.

(D., Mass.) called on the Securities and Exchange Commission to investigate trading at the Fed, which she said was potentially illegal. Congressional Democrats, meanwhile, are pushing new rules to restrict trading by legislators and judges.

Mr. Stevens attended FOMC meetings in April, September and December 2020, while Ms. Hancock attended a FOMC meeting in September 2020, according to minutes of the gatherings. Mr. Stevens became a senior associate director in April 2020 and was at that time overseeing Fed research into industrial output and overall economic conditions, the Fed spokesperson said.

Ms. Hancock currently conducts research on monetary policy and financial stability, and has held her current role since 2015, the Fed said, adding that in early 2020, Ms. Hancock had responsibility for overseeing the central bank’s work on short-term funding markets, systemic financial market risk, among other issues.

The Fed didn’t respond to a question about whether the two Fed staffers had any direct meetings with Mr. Powell ahead of the Feb. 28, 2020, announcement.

Last October, the Fed announced new restrictions on investment activities by officials and senior staff. Under the new rules, sales and purchases must be limited to broad-based investments such as mutual funds, and they will have to be preapproved by the Fed and pre-scheduled, minimizing the potential for any appearance that officials were benefiting from nonpublic information. The new rules will require Fed officials and senior staff to provide at least 45 days’ advance notice of their transactions, which won’t be allowed during periods of “heightened market stress.”

Under the ethics code in place in 2020, Fed officials and senior staff were banned from owning bank stocks, trading around FOMC meetings, and were directed to refrain from investments that might create the impression of a conflict of interest.

The new rules have yet to be implemented, but Mr. Powell said in early January that they would soon be in effect.

both traded stocks and other investments in 2020. The regional reserve banks said the trading was consistent with Fed rules. Both men announced their early retirements last fall, with Mr. Rosengren citing health reasons and Mr. Kaplan saying the controversy around his trading had become a distraction for the central bank.

resigned as Fed vice chairman last month, two weeks before his Fed board term was due to end, following questions raised over financial transactions he conducted at the onset of the pandemic. A Fed spokesman said Mr. Clarida’s transactions conformed to the Fed’s ethics rules governing officials’ trading.

Mr. Clarida didn’t immediately respond to a request for comment. During a virtual interview at an international finance conference in October, Mr. Clarida said, “I’ve always acquitted myself honorably and with integrity with respect to the obligations of public service.”

Several other senior Fed board staffers listed more than two dozen financial trades in 2020 on their disclosure forms.

Fed senior adviser Steven Sharpe, also of the research and statistics division, disclosed 61 trades. They included purchases of stock in

A Fed spokesperson said short selling was consistent with the ethics rules then in place. Mr. Sharpe declined to comment on his 2020 trading activity.

a senior associate director in the Fed’s monetary affairs department, listed 184 trades that year. The Fed spokesperson said Ms. Wei was on leave and didn’t have access to FOMC information from the start of May until the end of August in 2020. Ms. Wei said her transactions were done by a family member and she wasn’t involved with them.

deputy director in the research and statistics division, listed 32 financial transactions, some of which were worth as much as $500,000, in a variety of companies and investment funds.

Mr. Covitz said, via the Fed spokesperson, his 2020 transactions were directed by a financial adviser of a family member, and his name wasn’t on those trades. The adviser conducting the trades was made aware of Fed trading restrictions, according to Mr. Covitz.