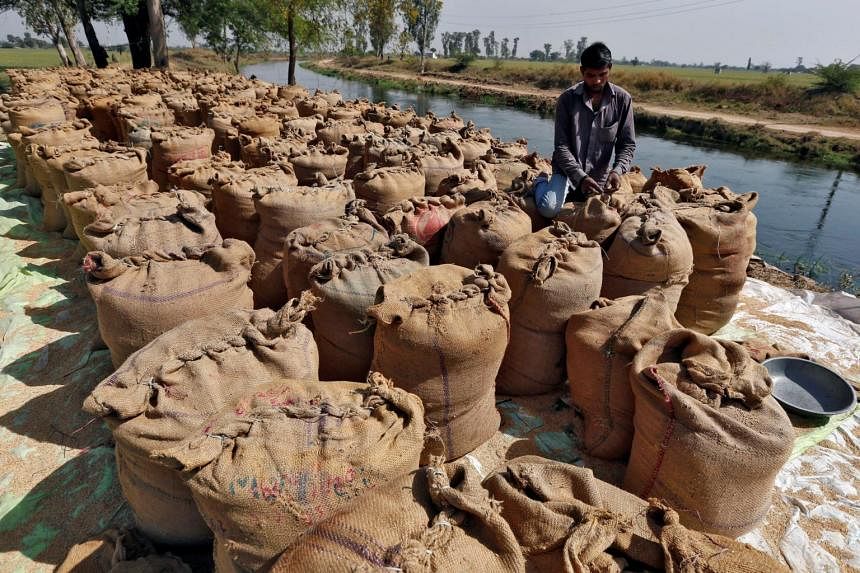 NEW DELHI – Prime Minister Narendra Modi will soon decide whether to extend a food dole out that has cost India US$44 billion (S$62 billion) since the pandemic, or ease the strain on government finances and food supply.

Modi’s been giving away 5kg of wheat or rice every month to 800 million Indians since April 2020 in a programme worth about 1.5 trillion rupees (S$26.5 billion) annually.

The plan, which was started during the pandemic to supplement the nation’s longstanding sales of subsidised grain, is set to expire at end-September.

The finance ministry isn’t in favour of extending the programme as it adds pressure on a budget deficit that’s just starting to narrow from a record during the pandemic, according to people with knowledge of the matter.

The ultimate decision will be made by Modi’s office, which is also looking at other options such as keeping the freebies for at least another quarter until the festival season and local elections run through, the people said, asking not to be identified discussing private deliberations.

Modi faces an unusual predicament; handing out free food to alleviate the plight of millions in one of the world’s fastest-growing economies, highlighting the government’s struggle in spreading the benefits of a booming India beset by high unemployment, income inequality and populist politics.

Stopping the food programme will not be an easy choice for Modi. His Bharatiya Janata Party is seeking to retain power in Gujarat, Modi’s home state, along with Himachal Pradesh, where assembly polls will take place by the end of this year.

“If you stop these, then it will certainly have some negative impact on people’s voting preferences,” said Sanjay Kumar, a professor at the Centre for the Study of Developing Societies in New Delhi.

A sizable number of voters who benefited from the free food plan voted for the ruling BJP in elections in Uttar Pradesh, the country’s most populous state, earlier this year, Kumar added.

While the food policy is without doubt very popular, it’s very expensive to sustain and increases the need for an abundant supply of cheap grains.

This year, India has had to restrict exports of wheat and rice after erratic weather hurt harvest, adding to pressure on food prices, and rattling global agricultural markets.

Running the food scheme for another six months would drain another 700 billion rupees from the budget, the people said.

That could pose a risk to the government’s target to further narrow the fiscal deficit to 6.4 per cent of gross domestic product in the fiscal year ending March 2023 from 6.9 per cent previously and a record 9.2 per cent in the first year of the pandemic.