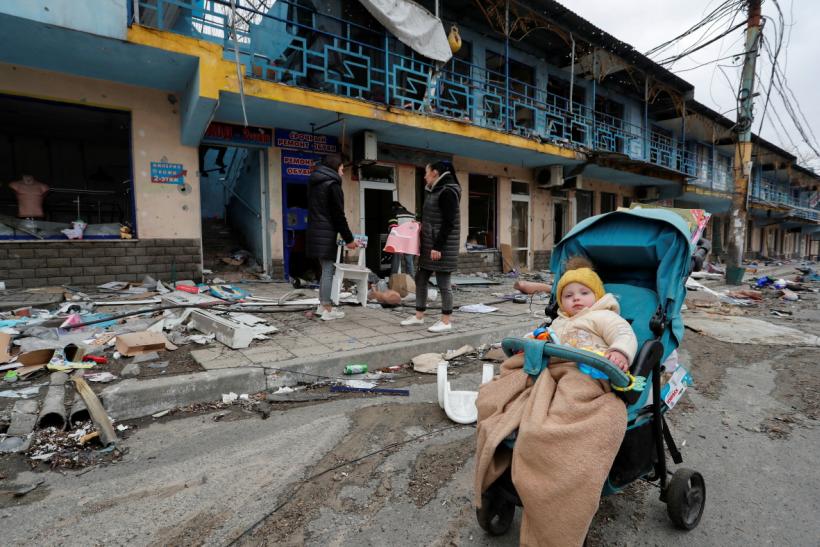 The family of the British soldier who was captured by the Russian army in the besieged city of Mariupol has been waiting desperately for his return. The soldier was fighting for the Ukrainian army when he was taken as prisoner of war.

Shaun Pinner, 48, has now been transferred to Donetsk. Russian media recently released a short propaganda video of him wherein he appears tired and bruised.

He says: “Hi, I’m Shaun Pinner. I am a citizen of the UK. I was captured in Mariupol. I am part of the 36 Brigade First Battalion Ukrainian Marines. I was fighting in Mariupol for five to six weeks and now I’m in Donetsk People’s Republic.”

Now his family have issued a statement rejecting the reports which claimed that he was a mercenary. They said that he was serving within the Ukrainian Army when he was captured by Russian forces. “Shaun was a well-respected soldier within the British Army serving in the Royal Anglian Regiment for many years,” read the statement.

“He progressed into the Ukrainian Marines as a proud member of his unit. At the end of 2022 his three years contract is due to end and he was planning to enter a humanitarian role within Ukraine.”

Moment when Russian soldier cries after getting pastries from Ukrainians

“We would like to make it clear he is not a volunteer nor a mercenary, but officially serving with the Ukrainian Army in accordance with Ukrainian Legislation. Shaun is a funny, much-loved well-intentioned Husband, Son, Father, Brother and Friend to many,” added the statement.

Pinner is originally from Bedfordshire and had reportedly moved to Ukraine four years ago to live with his wife in Donbas.

He was fighting alongside his friend Aiden Aslin, 28, who is also thought to have been captured by the Russian military. The Russian media released a video of Aslin as well, according to a report in The Guardian.

Even though the Foreign and Commonwealth Office has been in touch with Aslin and Pinner’s families, their ability to provide consular assistance to British citizens in Ukraine is limited. The families are now running from pillar to post to get their sons back.

“It is time now for the British Government to get involved. and help secure Aiden’s release because he is still a British citizen,” Aslin’s mother Ang Wood had said previously.