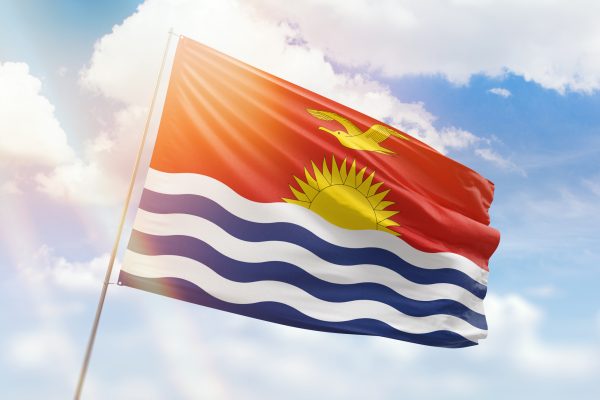 Before the start of this week’s Pacific Islands Forum (PIF) leadership summit in Suva, Fiji, there were high hopes that the political rifts that threatened to fracture the organization since last year had finally been resolved. This impression made the abrupt announcement from the Kiribati government that it would withdraw, with immediate effect, from the proceedings even more jarring. The move ultimately underscored the fact that the Pacific Islands are still facing internal hurdles at a time when the region is also being challenged by great power rivalries and ongoing environmental threats.

Kiribati’s President Taneti Maamau had in early 2021 joined the other Micronesian nations in threatening to leave the PIF to protest the perceived breach of an informal rotation arrangement. A previous “gentleman’s agreement” promised that a Micronesian leader would be next in line to assume the position of the organization’s secretary general. When the voting instead resulted in Henry Puna, prime minister of the Cook Islands (within the Pacific Islands’ Polynesia subregion) being elected, the government of Palau announced that it would leave the grouping. The other Micronesian countries – the Federated States of Micronesia (FSM), Kiribati, the Marshall Islands, and Nauru – swiftly confirmed that they intended to do the same.

Nevertheless, it appeared that an 11th-hour compromise was struck at a meeting between three Micronesian (FSM, Marshall Islands, and Palau) heads of state and the leaders of Samoa, Cook Islands, and 2022 PIF chair Fiji. As FSM President David Panuelo put it, “a big dark, dark cloud that has been hanging over the Pacific has evaporated.” Under the terms of the resulting Suva Agreement, Puna would remain in office as secretary general, and after the end of his term in two years, a Micronesian leader would succeed him.

The ensuing relief and optimism that trust has been restored at least temporarily within the PIF seem to have been premature. On July 9, just three days ahead of this year’s Forum leaders’ meeting, the Kiribati government inked a formal letter of withdrawal, to be sent to the PIF secretariat on the same day, stating that it would not participate in the upcoming leaders’ meeting in Suva.

In the text, Maamau effectively called into question the Forum’s overall leadership structure, and most importantly, the sincerity of the Suva Agreement. Specifically, the Forum was accused of willingly reneging on its informal secretary general rotation arrangement, affirmed in the October 2021 Mekreos Communiqué. He also strongly lamented that Kiribati’s views were not sufficiently represented in the June negotiations, which resulted in reform pledges while Puna maintain his position until 2024. So far, none of the other Micronesian leaders have responded to Maamau’s concerns.

Ultimately, the knee-jerk withdrawal led to growing speculation about what truly motivated Maamau, beyond the official reasons given in the letter. After all, the nation’s pullback comes just weeks after China’s top diplomat, Wang Yi, toured the Pacific and signed a flurry of agreements with the Kiribati government, among others. Back then, Wang’s visit to Kiribati’s capital, South Tarawa, raised eyebrows among the local population as the island nation seemingly bent over backward to accommodate the Chinese delegation despite an ongoing COVID-19 lockdown and inbound travel restrictions. Similarly, local journalists bemoaned the fact that the 4-hour visit was shrouded in secrecy.

Since coming to power, Maamau has become a divisive figure and a strong proponent of Beijing’s growing involvement in the country, infamously severing ties with Taiwan in favor of diplomatic relations with mainland China in 2019. In late 2021, Maamau proposed lifting a 2015 fishing ban in the Phoenix Islands (Rawaki), which he defended by saying that it was scientifically-backed and necessary to increase the nation’s domestic revenue. Yet, simultaneously, opposition voices grew louder, arguing that opening fishing grounds has always been one of China’s priorities, and that the Phoenix Islands would prove an ideal spot for Chinese trawlers. Further compounding the matter was news that Kiribati’s environment minister, Ruateki Tekaiara, had been allegedly left in the dark over the proposed changes due to his strong opposition to the plan.

Additional media reports noted that the Maamau government was also drawing up joint plans with Beijing to renovate a World War II-era runway on Kanton Island. Apart from mounting speculations about just how close the two countries are, some observers suggested that an upgraded runway in this location could have military applications for the entire region. Nevertheless, the Maamau government has perpetually denied that Chinese interests, or even pressure, were driving its political decisions.

It would be overly simplistic to attribute Kiribati’s withdrawal just days ahead of the PIF summit to China’s growing influence. Certainly, Beijing has been making inroads and has left the status quo powers of Australia, New Zealand, and the United States scrambling to jumpstart their respective Pacific policies again. In addition, Maamau’s insistence on keeping China engaged, despite domestic opposition, suggests that Wang’s latest visit to the island has had a largely positive effect on bilateral relations.

Meanwhile, Maamau is also under pressure at home to better respond to a disastrous drought, to restore the government’s judicial branch, and to restart the local economy following the COVID-19 pandemic. Since the beginning of this year, Kiribati has been struggling with access to potable water, with its existing sources being increasingly saline and rainfall levels hitting record lows. With safe drinking water still scarce today, the drought not only presents economic challenges but poses a serious health risk to the i-Kiribati people. Fresh water deliveries, water purification tablets, and test kits from, among others, the U.S. Coast Guard and the United Nations World Food Programme have enabled the government to avoid major crises for the time being.

Furthermore, the sudden suspension of both Kiribati high court justices, in May and early July respectively, indicates that pressure might be increasing for Maamau to relieve the ensuing legal backlog. While both judges have been suspended on charges of alleged misbehavior, the government did not offer further details on the case apart from calling for a tribunal investigation. David Lambourne, the first judge to be suspended from his post, had initially penned a constitutional challenge against the government, which had denied him re-entry from Australia during last year’s COVID-19 lockdown. The judge’s suspension was deemed political, rather than legal, in nature, as he is married to opposition leader Tessie Lambourne.

Just as hearings for Lambourne’s case were scheduled, Maamau reactively suspended the second judge, William Hastings, prompting the Commonwealth’s highest judicial office – the Commonwealth Magistrate’s and Judges Association – to voice concerns over Kiribati’s judicial independence being eroded. Despite the government later claiming that both judges were relieved of their duties due to being slow in managing cases, it has yet to fill the vacant positions.

With Kiribati facing such an array of domestic challenges, the timing for its withdrawal from PIF deliberations is especially fraught. It is uncertain whether there is still a possibility of Kiribati remaining within the PIF, and if not, what the damage would be to Pacific diplomacy.

As a report published last year described, there has been a proliferation of regional and subregional agreements that have developed alongside the Forum, as well as numerous diplomatic links with external powers. These organizations could blunt some of the effects of Kiribati’s absence from the Forum. Nonetheless, the PIF remains the leading organization in the Pacific, and the long-term loss of Kiribati may have political ripple effects across the region.