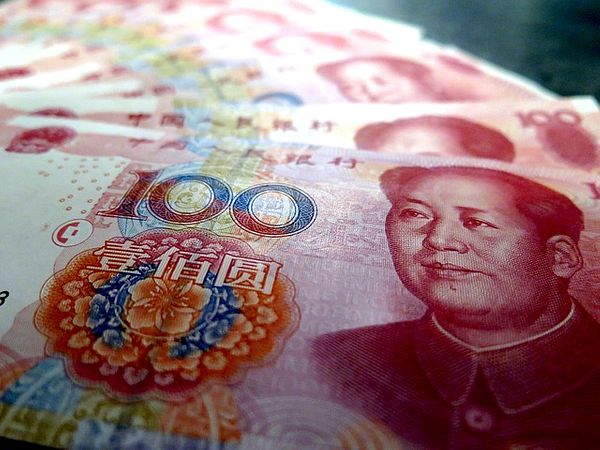 In this year’s government work report, the GDP growth target was set at about 5.5 percent. It also set an expectation for 11 million new urban jobs, while the yearly surveyed urban unemployment rate in China is expected to be 5.5 percent or less. Meanwhile, consumer prices are expected to climb by roughly 3 percent. It is also expected that inhabitants’ incomes would expand at a similar rate to the overall economy. The quantity of imports and exports would be steady, and the balance of payments would be basically zero, according to the forecast. In terms of fiscal policy, the deficit rate is expected to be about 2.8 percent (approximately 3.37 trillion renminbi) this year, which is lower than the 3.2 percent deficit rate (approximately 3.57 trillion RMB) in 2021.

The above goals and policies were set under “normal” circumstances and did not take into account major events such as the Russia-Ukraine war, the resurgence of COVID-19, and the re-imposition of strict pandemic prevention and control measures.

At present, however, current conditions both within and outside of China are not conducive to the country’s economic development. As the Russia-Ukraine war is likely to continue, the volatile global energy and food markets would affect not only Russia and Ukraine, but also the rest of the world, especially emerging markets.

In China, the post-pandemic global recovery may lead to a shift in orders and a slowdown in export growth. Meanwhile, the pressure of strict COVID-19 prevention and control has a significant impact on the Chinese economy. Some cities in the eastern region have undergone lockdowns for nearly a month, and parts of Shanghai have been closed for more than a month. Strict measures have led to large-scale disruptions to the nation’s logistics network and supply chain. People’s lifestyle and consuming habits have substantially been impacted in certain restricted cities. For the past two years, when the country’s economy was hit by COVID-19, the developed southeast coast regions have been supporting the other regions economically (as Shanghai has done). Given that the current outbreak is mainly on the southeast coast, other regions have no way to fill the economic gap.

The above challenges have brought new pressures on China’s economic decision-making.

The State Council executive meeting on April 6 mentioned that “the complexity and uncertainty of the domestic and international environments have intensified and in some cases exceeded expectations.” On April 11, Premier Li Keqiang, while attending a symposium in Jiangxi, emphasized that “we need to be highly vigilant for unexpected changes in the international and domestic situations and the downward economic pressure, and face up to and resolutely respond to new challenges.” To stabilize the economy and assure people’s basic living standards through supportive economic activities within a fair range of employment and price stability, the Chinese economy may need to enhance the execution of macroeconomic policies, as well as deepen the country’s reform and opening up.

As a result, according to ANBOUND’s analysts, China may be forced to implement a huge economic stimulus strategy in 2022, with a focus on economic impetus. Some of the policy concerns are listed below.

The first issue looks at the different investment plans in parts of China. From January to February, the national fixed asset investment (excluding farmers) was reported at 5.076 trillion RMB, a year-on-year rise of 12.2 percent, 7.3 percentage points faster than the growth seen in 2021. Although the growth rate of investment is not slow, the huge investment scale is the sum of all the investment plans of various places. The national investment figures do not have incremental utility and cannot be regarded as a large-scale stimulus.

The third concern touches on real estate development and market policies. Under economic pressure, 60 cities in China have experienced the impact of the relaxation of real estate control policies. The primary goal is to improve the real estate market, although currently the country’s real estate market has been affected, putting locals in severe debt. Even the deployment of corrective policies can only help to ease the financial crisis to a limited extent, and the real benefits to the economy are limited.

The fourth has to do with direct consumption stimulus. In the past two years, the Chinese government has issued consumer vouchers in many places to alleviate the impacts of the pandemic and stabilize the economy. The issue could be complicated because, despite intractable financial constraints, issuing consumer vouchers requires substantial financial resources from central and local governments.

The fifth problem is associated with a cut in taxes and fees, rent fees, and interest. This approach not only contributes to reducing the total social cost but also lowers the operating costs of enterprises. For businesses under severe economic downward pressure, however, this approach has a limited effect in terms of fostering real growth; it mostly serves to maintain the current condition.

China’s government does have some options to turn the tide. To begin, the Chinese government might further promote urban transformation. Urban renewal will be the key to the development of urbanization in the second half of the year. Urban transformation projects increase the value and output of urban spaces, which will generate economic growth.

In addition, the Chinese government may revitalize the capital market and improve its attractiveness while liberalizing direct financing. The development of the capital market has always been an obvious shortcoming in the Chinese economic system. The stock market, in particular, is not only a difficult platform to boost income but also insecure when it comes to luring foreign investment.

Finally, the Chinese government could implement an expansionary fiscal policy under special circumstances to moderately make up for the economic deficit. Facing downward pressure on the economy, only the central government can afford a higher debt ceiling. In general, macro policies require continuous deleveraging but in exceptional circumstances, deleveraging may have to be delayed. Based on the current economic condition in China, it seems inevitable that the debt ceiling will be breached.

Our proposal for a massive economic stimulus policy is different from the concepts introduced in the past few years. In past policies, the Chinese government adopted some systematic expansionary monetary and fiscal policies. By providing large liquidity, the “capital excess” mitigated the impacts of a lack of economic momentum. The massive economic stimulus policy we now propose is mainly to restore the Chinese economy in the post-pandemic period. During this period, the Chinese economy continues to be affected to some extent by the economic freeze following tighter pandemic control. If the Chinese government allows the market to adjust itself, there is a risk of economic stagnation.