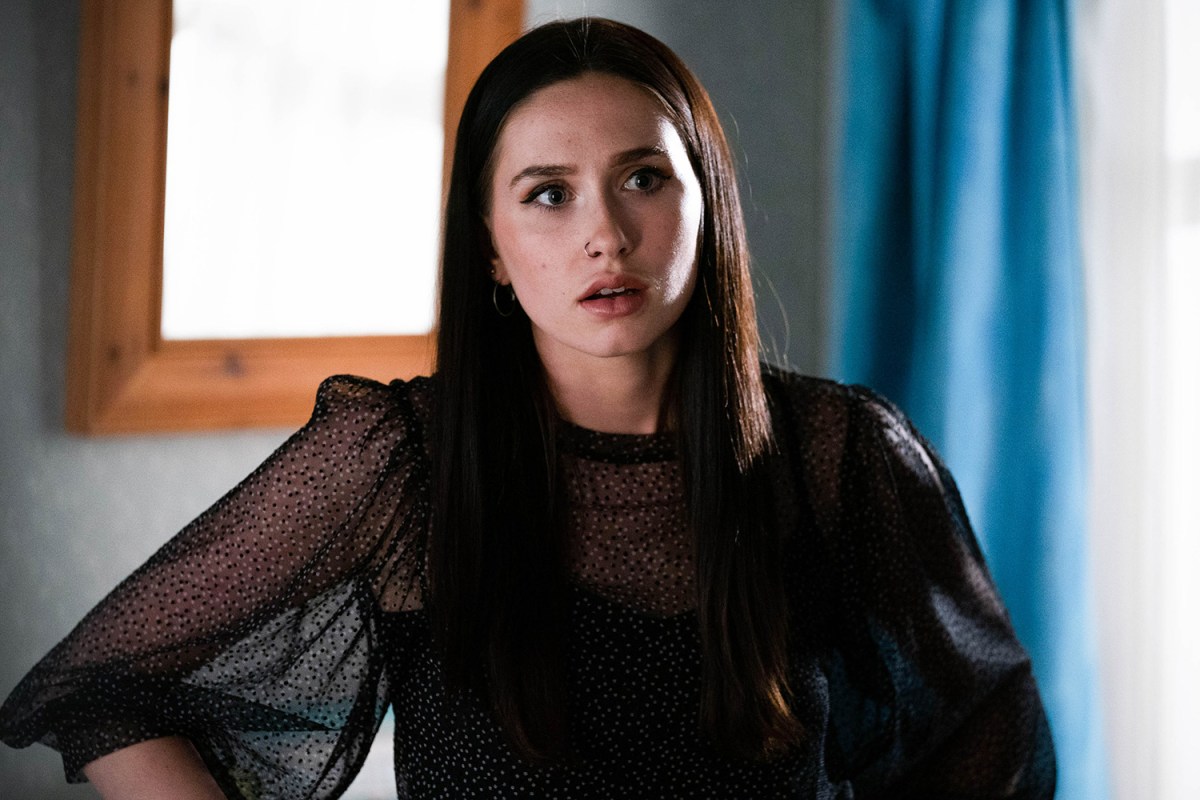 The young actress’ life is a world away from life on Albert Square, with glam nights out and a famous rapper boyfriend – not to mention a role alongside the famous martial artist and director.

Milly – who plays schemer Dotty Cotton on the BBC One soap – said she was fortunate to land a small role 2017 film The Foreigner.

The British movie starred both Jackie Chan and Pierce Brosnan.

Speaking to TV Mag, Milly recalled: “I did a whole day on a film once with Jackie Chan – that was an experience!

“He was showing me all his videos if his martial arts.

“We were in the same green room all day so got to hear loads of his
stories, it was so surreal.

“And he has a personal masseuse. I mean literally, that’s the goal isn’t it?”

Milly, 22, joined the cast as Dot Branning’s granddaughter in 2019, replacing Molly Conlin who had previously played the role as a child.

The actress said she is amazed that people sometimes confuse her onscreen character’s personality with her in real life.

“Dotty can be quite a nasty character and people get confused and think I am the same,” she said.

“I was at a hospital appointment and the nurses recognised me. Then all of a sudden the whole waiting room started recognising me.

“Everyone crowded round me and was like, you seem a lot nicer in real life,
why are you not being horrible?

“The nurses were amazed that I was polite! It’s surreal how people
get real life and EastEnders confused!”

Viewers will know that Dotty has teamed up with con man Rocky to scam Sonia out of the money Dot gave her control of.

The schemer – who is played by actor Brian Conley in the BBC soap – revealed he is a cousin of the late Nasty Nick and has been working with Dotty all along.

Meanwhile, Dotty is forced to make a difficult decision about her alcoholic mum Sandy arrived in Walford in October.

Sandy was last seen on the Square 11 years ago before she shocked her daughter, who believed she’d died in a car crash, by turning up out of the blue.

Rocky has been pretending to be Sonia Fowler’s long lost dad – but in fact he is Dotty’s uncle Tom.

Rocky has developed a relationship with Sonia and the residents of Walford – one that Sandy could easily sabotage by knowing his identity.

And as time goes on, Dotty and Rocky’s secret looks closer and closer to being exposed.

You can read the full interview with Milly in TV Mag, available exclusively with The Sun every Saturday.