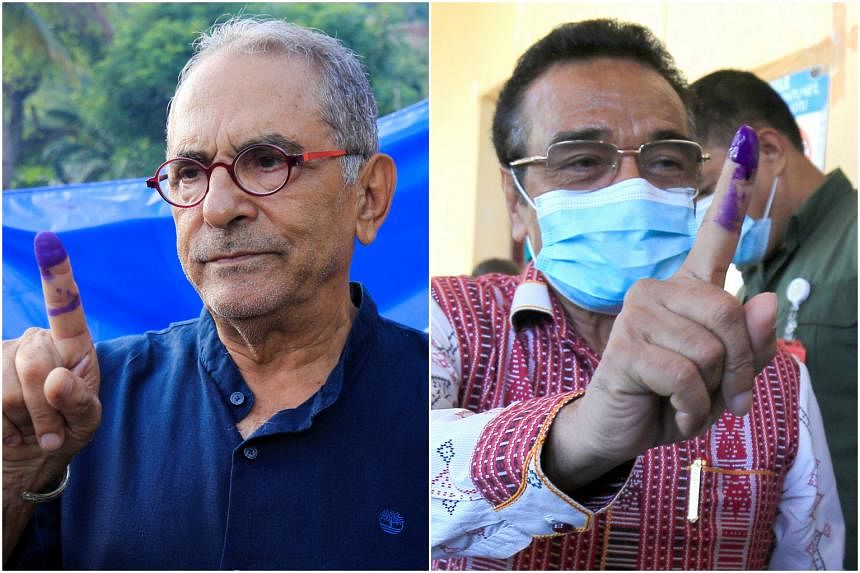 DILI (AFP) – East Timor’s citizens head to the polls on Tuesday (April 19) to choose either a Nobel laureate or a former guerrilla fighter – the incumbent president – as their next leader.

Polling stations in South-east Asia’s youngest country open at 7am (5am Singapore time) for what is a rematch of a 2007 election won handily by former revolutionary hero and peace prize winner Jose Ramos-Horta.

Nearly 860,000 people in the country of just 1.3 million are eligible to vote, and ballot counting could take several days.

Ramos-Horta also earned a dominant win in this election’s first round on March 19, winning 46 per cent of votes versus President Francisco “Lu-Olo” Guterres’ 22 per cent, but failing to secure the needed majority. Participation across the nation reached 77 per cent as voters chose between 16 candidates, a record high number.

The winner will take office for five years from May 20 – the day East Timor celebrates the 20th anniversary of its independence from Indonesia, which occupied the former Portuguese colony for 24 years.

The election is seen as a chance to reset a political deadlock between the two main parties: the National Congress of the Reconstruction of Timor-Leste (CNRT) and Revolutionary Front for an Independent East Timor (Fretilin).

But this time Gusmao and his party chose to nominate Ramos-Horta, who was awarded the Nobel Peace Prize in 1996 for his efforts towards a peaceful solution to the conflict in East Timor and was the main spokesperson of the independence movement. The 72-year-old, who came out of retirement to challenge Guterres, served as the country’s first prime minister before his presidential term from 2007 to 2012. He survived an assassination attempt in 2008.

In 2007’s presidential election, Ramos-Horta won by 69 per cent while Guterres gained 31 per cent of the votes.

The tiny nation of 1.3 million is still grappling with the Covid-19 pandemic’s impact on its economy. According to the World Bank, 42 per cent of the population lives in poverty.