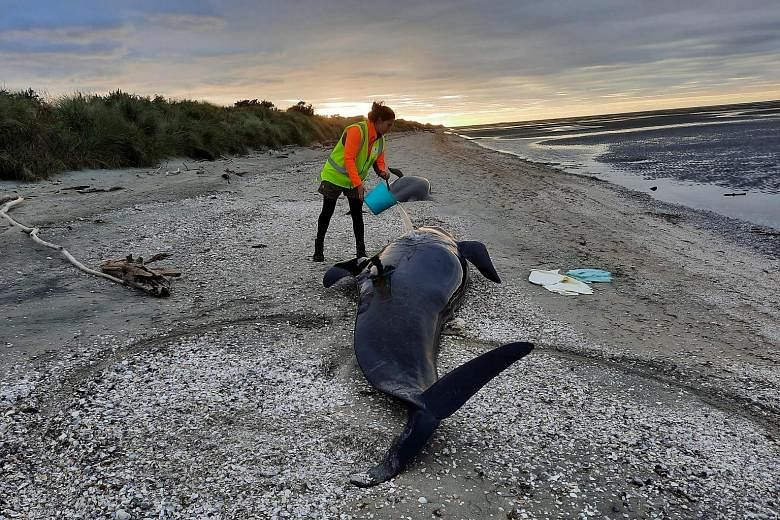 WELLINGTON (AFP) – More than two dozen whales died in a mass stranding at a New Zealand beach renowned as a death trap for the ocean giants, wildlife rangers said on Friday (March 18).

The Department of Conservation said 29 long-finned pilot whales were already dead when the pod of 34 marine mammals was found at remote Farewell Spit on the South Island late Thursday.

Department spokesman Dave Winterburn said rangers were providing care for five survivors but noted that “the whales have now been out of the water for some time”.

“While this event is unfortunate, whale strandings are a natural phenomenon,” he said. “The cause of this stranding is not known.”

Farewell Spit, a 26km hook of sand that protrudes into the sea, has been the scene of more than 10 pilot whale strandings in the past 15 years.

The largest was in February 2017, when almost 700 of the mammals beached, resulting in 250 deaths.

Scientists are unclear about why the beach is so deadly. One theory is that the spit creates a shallow seabed in the bay that interferes with the whales’ sonar navigation systems.

Pilot whales, the most common species of whale in New Zealand waters, are particularly susceptible to mass strandings.

The whales, which grow up to 6m long, are regularly found beached in large numbers.