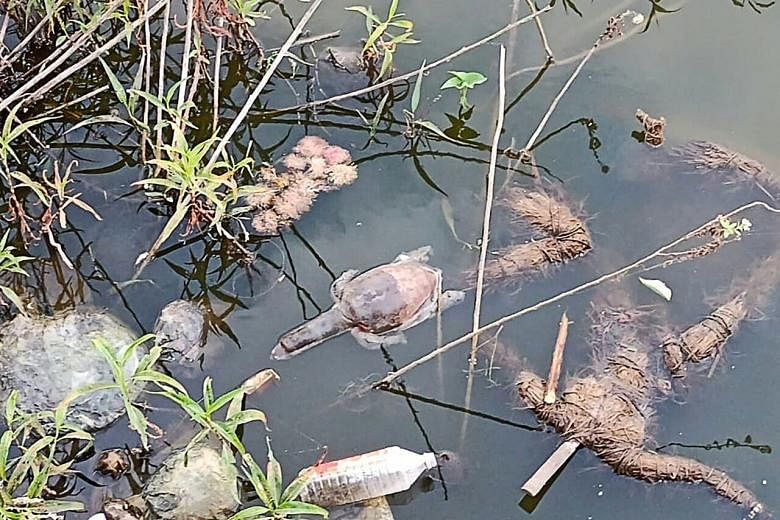 MUMBAI (AFP) – Deliberate poisoning is likely to blame for the death of dozens of turtles at a lake near Mumbai, Indian wildlife experts told AFP on Sunday (Jan 23).

Conservation workers were alerted to the incident after a local politician asked them to investigate a foul smell around the body of water in Kalyan, about 50km east of India’s entertainment capital.

Mr Suhas Pawar, of the Wild Animal and Reptile Rescue conservation group, said 57 Indian flapshell turtles had been killed while another six were rescued.

He told AFP that locals likely killed the reptiles to stop them from eating fish they were illegally breeding in the lake.

“Everything is being investigated now, a post-mortem and scientific analysis will reveal the exact cause of these deaths,” Mr Pawar said.

He added that Covid-19 restrictions over the past two years had likely led to a surge in the local turtle population.

“Restrictions on human activity likely increased the fish stocks at the lake and these turtles were now growing in numbers by feeding on them, which angered some locals,” Mr Pawar said.

Indian flapshell turtles are not particularly rare but are a protected species under the Wildlife Protection Act.