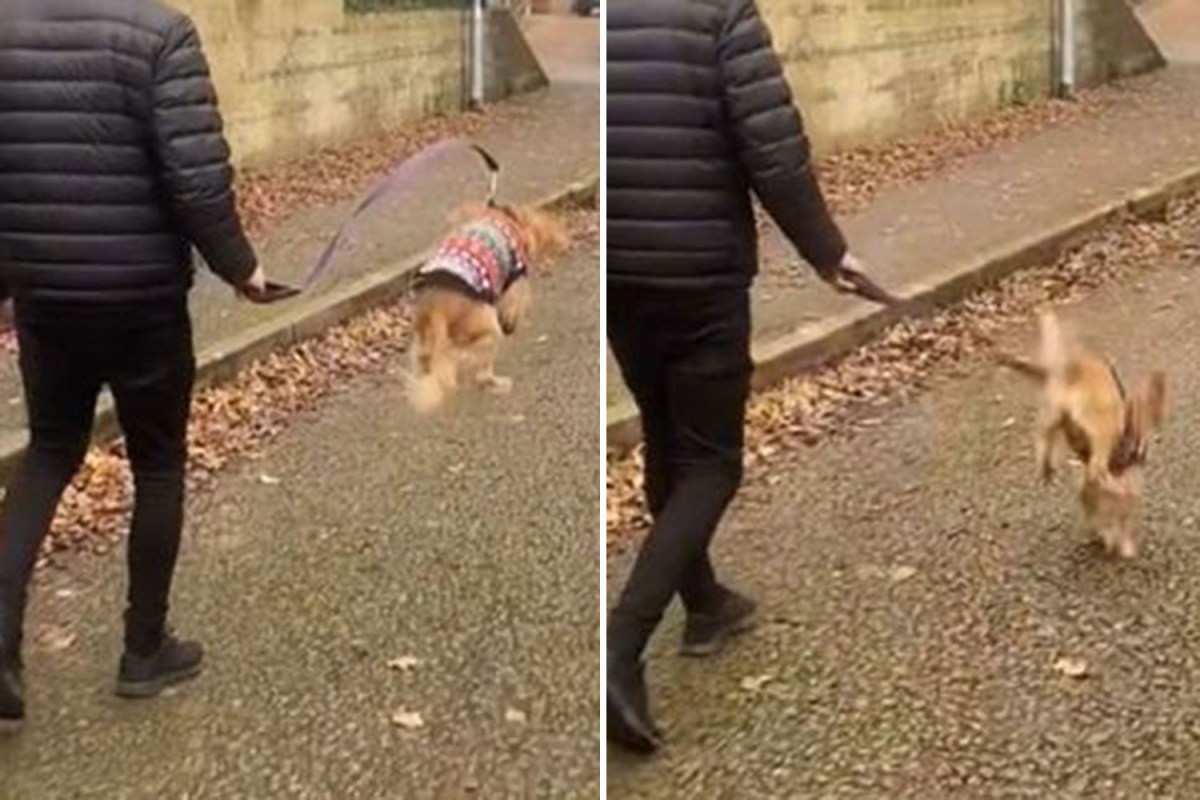 A DOG with a barking mad skill has become a TikTok sensation after being filmed hopping “like a rabbit”.

Hilarious footage shows the cocker spaniel, named Rupert, repeatedly leaping in the air as he’s walked down the street in Exeter.

The funny one-year-old dog shows his excitement in the most bizarre way by making a series of jumps – with his bouncing antics being viewed more than 1.6million times on TikTok.

His owner, Molly Lethbridge, from Exeter, says he seems to be confused
about what animal he is.

The 24-year-old told DevonLive: “He has lots of quirks that I’ve never known any
other dog to have and this is one of many. I think he’s mistaken about
what animal he is.

“I’ve only just cottoned on to the fact other people notice and find it funny.”

Rupert has been bunny hopping ever since he was first taken for a walk and so for Molly and her fiance Joe Wilson, also 24, it has become the norm

Molly caught Rupert’s eccentric behaviour on video and uploaded it to TikTok with the caption “someone’s got the Christmas spirit”.

Having brightened feeds on the platform around the world, many have demanded more clips of Rupert as they hailed the video “the best thing they have ever seen”.

One user said: “When you order a kangaroo off Wish.”

Another commented: “The floor is lava.”

A third joked, “I’ll have what he’s having.”

Rupert was also compared to a grasshopper, kangaroo, Prancer and
Dasher the reindeer, Bambi, and Mario in the comments.

The clip shows him leaping in the air several times as Joe, who was walking Rupert at the time, shakes his head as if to say “not this again”.

“Rupert is everything we wanted in a dog and more,” she added.

“He makes us smile so much and it’s lovely to see him make other people
smile.”