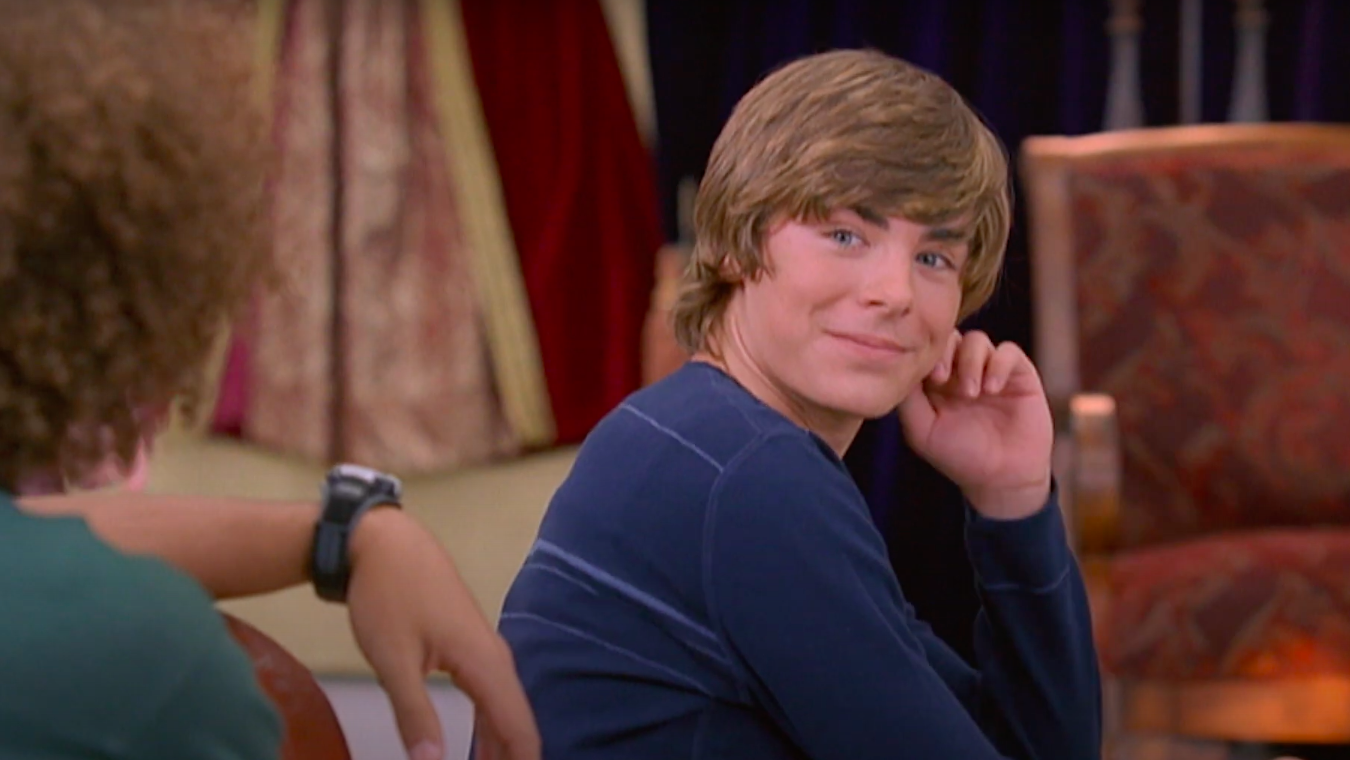 Now, we all have fond memories of our beloved Disney child stars that formed our own childhood with their TV shows and movies. But what about what happened next when they grew up?

Celebrities have to grow up just like us. Although we may still see icons as their legendary characters, they are their own people beyond the screen.

With the likes of Miley Cyrus and Zac Efron walking the Hollywood Red Carpet – where are the Disney child stars now? Let’s find out with these top five…

Miley has embraced showbiz and her musical career since appearing on our screens as the iconic Hanna Montana. After her Disney stint as the singing character who had to juggle two separate lives, she appeared in romantic movie The Last Song as well as So Undercover.

Although she branched into acting first – the Hannah Montana movie aside – Miley has mainly focused on her music.

She isn’t afraid of the spotlight and being her true self, whether that’s admitting she saw aliens or smoking marijuana.

After her success in music, the Bangerz star has also raised eyebrows with controversial comments and performances… Blurred Lines anyone? The Climb hitmaker also had on-stage and very public beef with Nicki Minaj at the VMA music awards in 2015.

Miley says her words were twisted, where she reportedly said in a New York Times interview that Nicki was “not too kind”. She implied Nicki was jealous of not being nominated for Video of the Year for Anaconda.

Nicki tweeted about it at the time. She wrote: “When the ‘other’ girls drop a video that breaks records and impacts culture they get that nomination”.

She added: “If your video celebrates women with very slim bodies, you will be nominated for vid of the year.”

But Taylor Swift – yes Tay Tay – took this the personally as her Bad Blood music video was nominated, writes Billboard. Taylor replied with: @NICKIMINAJ I’ve done nothing but love & support you. It’s unlike you to pit women against each other. Maybe one of the men took your slot.”

But when the VMAs came around in August, when Nicki won an award for best hip-hop video she turned to Cyrus hosting the event. She said: “Back to this b****h that had a lot to say about me the other day in the press; Miley, what’s good?”

In 2013, Miley joked on SNL Hannah Montana had died. But it’s likely she grew up with the singer and embraced a different version of herself.

If we’re going to talk about iconic Disney child stars then Lindsay Lohan needs to be on the list. The Disney actress appeared in successful movies such as Freaky Friday, Herbie: Fully Loaded and The Parent Trap. She also played the legendary Cady in Tina Fey’s Mean Girls alongside Rachel McAdams in the 2000s.

Lindsay’s success spilled over into her child and teenager years, until she was an early adult. Her impressive credits are a long list of great hits that seemed to always be a success at the cinema.

The actor attempted a singing career, and although she recorded the song ‘Ultimate’ for Freaky Friday and played the guitar, she didn’t successfully break into the music industry.

Her highest-charting single, Confessions Of A Broken Heart, reached 57 on the Hot 100 Billboard chart in 2005.

After public downfalls, such as arrests in 2007 for driving under the influence of alcohol (DUI), which she received one day in jail and 10 days of community service, they were made worse with the star being in the public eye.

After a spell of jail stints for misdemeanours, reports E online, Lindsay packed up for a new life 9,000 miles away in Dubai in 2020.

One of the reasons was that it’s illegal in the United Arab of Emirates to take photographs of someone without their permission. Hence, there’s no paparazzi.

Since then, the actress has reportedly tied the knot with her husband. She recently shared a gorgeous picture of the both for her 36th birthday.

Disney star Demi Lovato first appeared in children’s classic Barney & Friends. But they rose to further fame for playing Mitchie Torres in Camp Rock. Demi also starred in the sequel, with their debut single and duet with Joe Jonas peaking at number nine on the Hot 100 chart.

Demi left the TV career behind them and focused on her musical talent which was already in its stride.

By 2008 they had signed with Hollywood Records and released Don’t Forget. This was followed by Here We Go Again a year later.

The singer experimented with pop and R&B for their third studio album, Unbroken, two years later, before their fourth record in 2013, titled Demi.

They had a stint as a judge on The X Factor USA for season two and three, and also appeared as a cameo role in Glee for a year. Although Demi has had successful brief comebacks in acting, they mainly focus on their singing career.

However, the hitmaker has spoken out before over being thrusted into the limelight at the young age of eight. They told Drew Barrymore for her podcast about the effect it had on her family.

Demi began, “I noticed that when I came into the spotlight at a young age, and then was the breadwinner … there wasn’t a manual for my parents to read and it say, ‘Here’s what to do to raise a child star.’”

“So when they would try to ground me at 17, I would say, ‘I pay the bills,’” they continued. “I cringe now when I think about that attitude.”

Demi also opened up over addictions to drugs and alcohol in the past, and has been to rehab. The star, who uses they/them pronouns after coming out as non-binary, recently told fans in December they no “longer support” their ‘California sober’ ways. California sober is a term used for alcohol and smoking marijuana, writes Page Six.

Shake It Up and Bella Thorne

Bella, who rose to fame in 2010 after appearing on The Disney Channel’s Shake It Up, spoke out about regretting being a child star.

She previously told Fox News: “I wish I would have been true to myself. When it came to filming, I would talk in a higher voice or do different things to make myself appear more innocent. It made me feel like a liar because I had to pretend to be someone I was not — even if it made me famous.”

Bella also said she did the work to help loved ones with financial problems who were “on the brink of poverty”.

But she didn’t like “being in a box” and pursued adult roles. However, she admits that she runs into issues as people still sees her as a Disney Channel star.

She continued: “I basically had to start from the bottom and work my way up again after Disney.”

Although, the actress decided to take her path into her own hands by opening up an OnlyFans account. Bella signed up to the x-rated adult subscription site with fans, and reportedly made $2 million in the early days.

After she signed up, the site implemented new transaction limits after the star – who does not sell nude photos – had fans requesting refunds. Subscribers had asked for refunds after paying $200 for photos of Bella. Afterward, OnlyFans capped transaction fees at $50, and a 30-day waiting period for payments, writes TMZ.

However, the site later said the limits were “not based on any one user”, writes Fox Business.

Bella herself said she would try to rectify the situation as she works to normalise the subscription service.

Zac Efron, who became a teenage dream as Troy in the High School Musical films became a major movie star.

However, the actor had to fight away from being typecast in the Disney and fun-loving roles that helped put him on the Hollywood map.

After HSM in 2006, he appeared in family-friendly Hairspray – yes, another musical. He also acted in 17 Again, alongside Friends star Matthew Perry.

But Zac worked hard by doing different genres of movies to break out of the mold that can be the curse of Disney Stars. He then appeared in Neighbors, We Are Your Friends and Dirty Grandpa. He did return to his roots in musical The Greatest Showman next to Zendaya and Hugh Jackman in 2017. But, it was the multi-talented Efron and not ‘Troy’ from HSM.

Controversially, fans didn’t realise until years later that Zac didn’t sing in the first HSM movie. They soon realised when his voice in the second and third instalment was remarkably difference.

It was down to his natural voice being too low for that of a tenor, which producers preferred for Troy’s role. After the international success of the first movie, the producers ensured the songs were then tailored to suit his voice thereafter for HSM sequels.

But, Zac ruffled the fur on Wildcats’ fans years later. He implied he’s only remembered as that “f****g kid from High School Musical”, writes The Independent.

“I step back and look at myself and I still want to kick that guy’s ass sometimes,” he said to Men’s Fitness in 2016.

“Like, f**k that guy. He’s done some kind of cool things with some cool people, he did that one thing [Neighbours] that was funny, but I mean he’s still just that f*****g kid from High School Musical.”

In other news, LOOK: Chrisean Rock’s new tooth has Blueface’s face on it