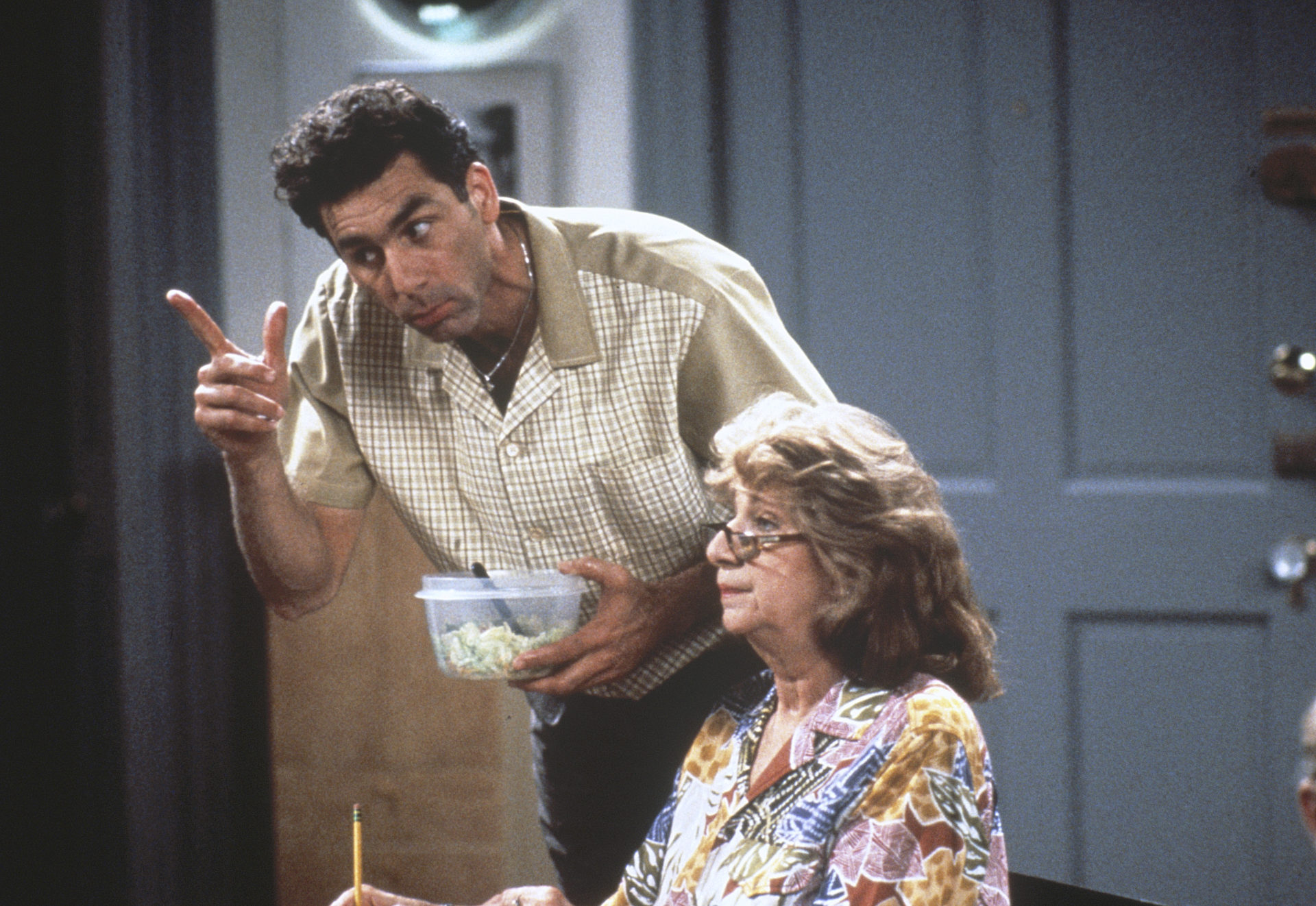 Liz Sheridan, who was best known for her role on Seinfeld, sadly passed away aged 93.

Survived by her daughter and son-in-law, the late actress was also an author who penned the autobiography ‘Dizzy & Jimmy: My Life with James Dean: A Love Story’.

As the title suggests, the book navigates through her relationship with James Dean in the 1950s.

But, did they ever date? Here’s what Liz had to say about her relationship with James.

She claimed in her memoir that they were involved romantically and enjoyed their short-lived relationship.

The actress met Dean when she was working as a dancer in Big Apple nightclubs. While she was 23 at the time, Dean was 20.

In an interview with PEOPLE in 1996, Liz recalled her romance with Dean as “just kind of magical. It was the first love for both of us.”

In Dizzy & Jimmy: My Life with James Dean: A Love Story, the actress has claimed that she was also engaged to her former lover before his rise to fame.

Dean was an American actor best known for his teen role as Jim Stark on Rebel Without a Cause. He was also praised for his acting roles in East of Eden and Giant. He sadly passed away in 1955 in a car crash.

Who did the star play on Seinfeld?

Liz played the role of Helen Seinfeld on the sitcom Seinfeld. She was the overprotective mother of Jerry Seinfeld.

She was also the only cast member apart from the four main leads to have appeared in all nine seasons of Seinfeld.

On hearing the news about her passing, Liz’s TV son and comedian, Jerry, paid her tribute on Twitter.

Along with a black & white picture of Liz, Jerry wrote: “Liz was always the sweetest, nicest TV mom a son could wish for. Every time she came on our show it was the coziest feeling for me. So lucky to have known her.”

One fan tweeted: “I know there’s a lot of laughing in #Heaven this evening. #RIPLizSheridan. Thank you for your many years in the #arts and for so many #laughs.”

“I feel like I’ve known Liz Sheridan as long as I’ve known characters on TV. Always loved seeing her,” said another.

HITC offers its condolences to Liz Sheridan’s family and friends at this difficult time.

In other news, Who is Shauna Brooks as Benzino is linked with the trans star?