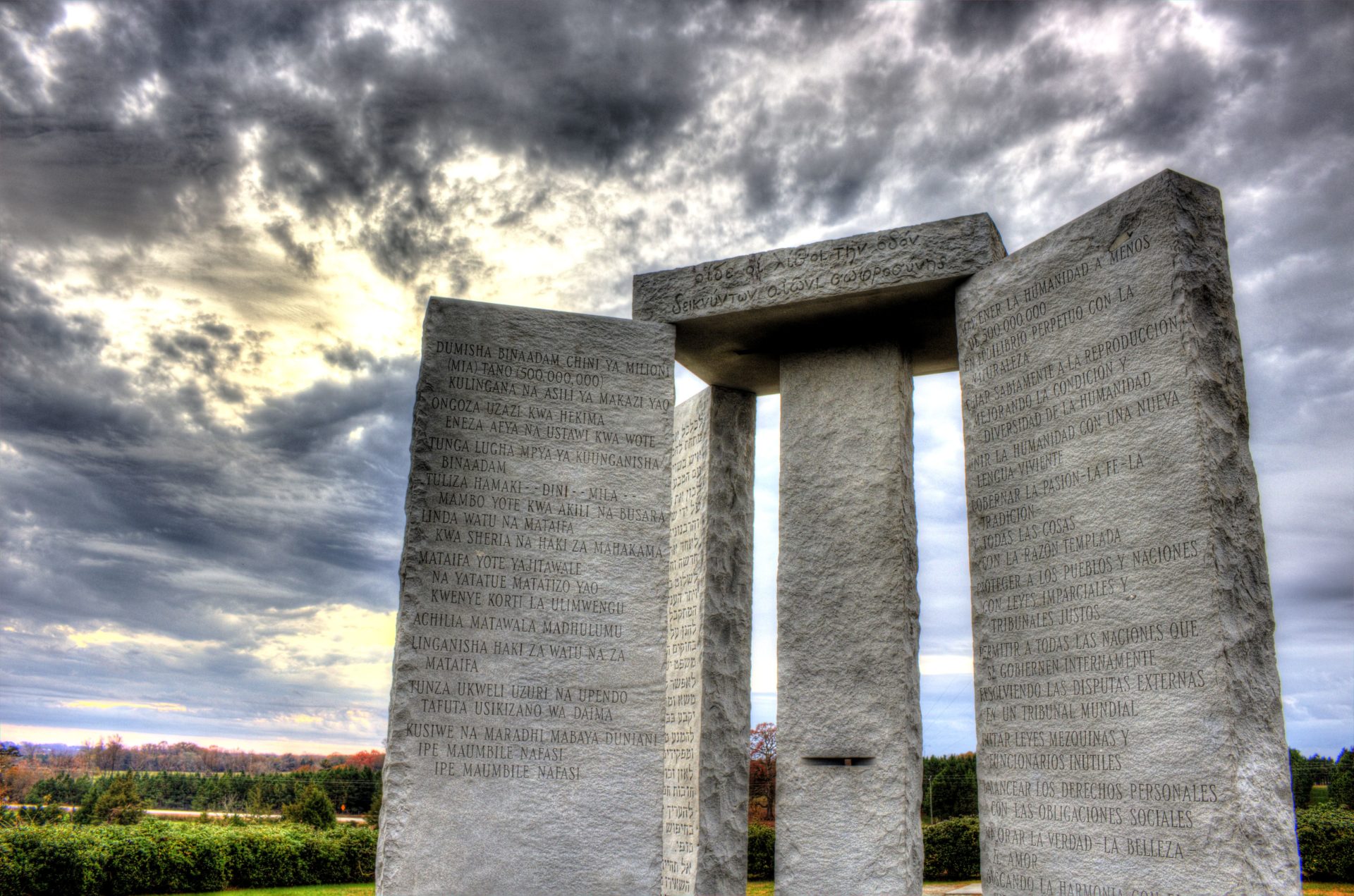 Georgia Guidestones have been making headlines ever since the historic landmark was demolished. Since then, theories about its time capsule being opened have surfaced online.

Popularly known as “America’s Stonehenge” Georgia Guidestones have existed for over four decades and people from all over the world have come to see it.

However, on July 6 they were demolished after an explosion was caused at the scene. At the moment, it is unclear who was behind it.

Georgia Guidestones had a lot of inscriptions written on them in different languages. Unless and until you were someone who could read different ancient languages, it was hard to understand what was written in them.

However, after being analyzed by researchers it was found that the writing had “Let these be Guidestones to an age of reason” written in Babylonian cuneiform, Egyptian hieroglyphics, Sanskrit, and classical Greek. However, the theory about a time capsule being buried came into the picture after the historic monument was demolished.

As per FOX, there had been a slab on the ground which had writing that read: “placed six feet below this spot on…” that was “to be opened on…” While the writing hinted at a time capsule being buried, the incomplete sentence made it hard to understand when it was buried and when it should be opened.

With the landmark getting demolished, everyone was convinced that the time capsule was opened with rumors swirling around social media.

The time capsule was never opened because there was nothing found under the ground.

As per WYFF4, Elberton Granite Association Executive Vice President Chris Kubas stated that a granite marker at the site had mentioned that the time capsule was buried under it.

This led the crew to dig six feet underground until they hit compacted red clay. As expected, a time capsule was not present there.

Chris also mentioned that the marker had suggested the time capsule was placed in the location in 1982, which was two years after the Guidestones were placed on the site.

What are the ten principles stated on the monument?

As per the official website, elow are the ten principles for mankind that were inscribed on the monument

In other news, Inside Harper Beckham’s incredible life with famous parents Victoria and David