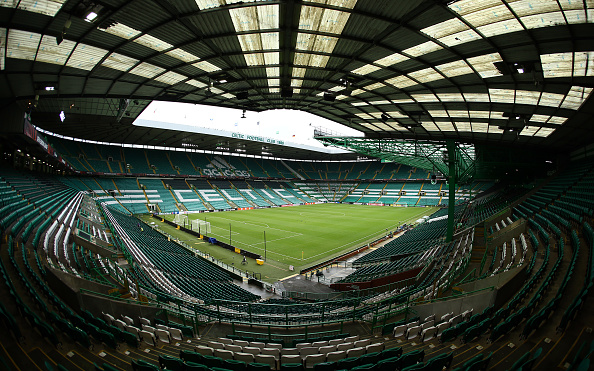 Celtic host Rangers in the final derby of the season – and a win for the Bhoys would likely seal the title.

A win for Celtic would take them nine points clear with three games to play, effectively securing top spot.

Ange Postecoglou goes with Joe Hart in goal this afternoon whilst Cameron Carter-Vickers and Carl Starfelt are the centre backs again.

Tony Ralston starts at right back with Greg Taylor on the left, whilst Callum McGregor will be the deepest midfielder.

Reo Hatate and Matt O’Riley can go forward with Jota, Kyogo Furuhashi and Daizen Maeda across the attack.

Rangers are attempting to juggle their European commitments but still name a strong team against Celtic.

Allan McGregor starts between the sticks with Connor Goldson and Calvin Bassey as the centre backs.

James Tavernier and Borna Barisic line up as the full backs today, with Barisic hoping for a better trip to Parkhead than his last one.

Fashion Sakala leads the Rangers attack today with Ryan Kent and Joe Aribo either side of the Zambian ace.

In other news, ‘Every single training session’: Son says one Tottenham man is ‘always shouting’