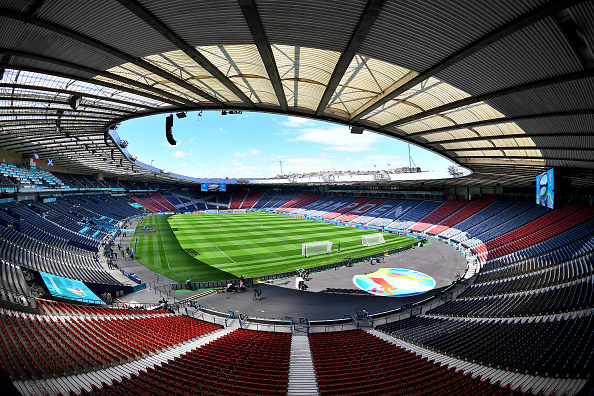 Celtic go with Joe Hart in goal this afternoon as they take on Rangers in the Scottish Cup semi-finals.

Cameron Carter-Vickers and Carl Starfelt line up as the centre back pairing this afternoon with Josip Juranovic and Greg Taylor as full backs.

Daizen Maeda leads the Celtic attack with Jota on the left and Liel Abada down the right.

Rangers go with Jon McLaughlin in goal as Allan McGregor is only on the bench.

Calvin Bassey will join Connor Goldson at centre back with James Tavernier on the right and Borna Barisic on the left.

John Lundstram and Ryan Jack start again in midfield despite a heavy workload against Braga in midweek.

Joe Aribo is the number 10 today with Aaron Ramsey on the right and Ryan Kent on the left.

Kemar Roofe is in fine form and continues in attack for Rangers today.

In other news, ‘We need that’: Campbell says Arsenal should be more like team with 6 red cards in 2022