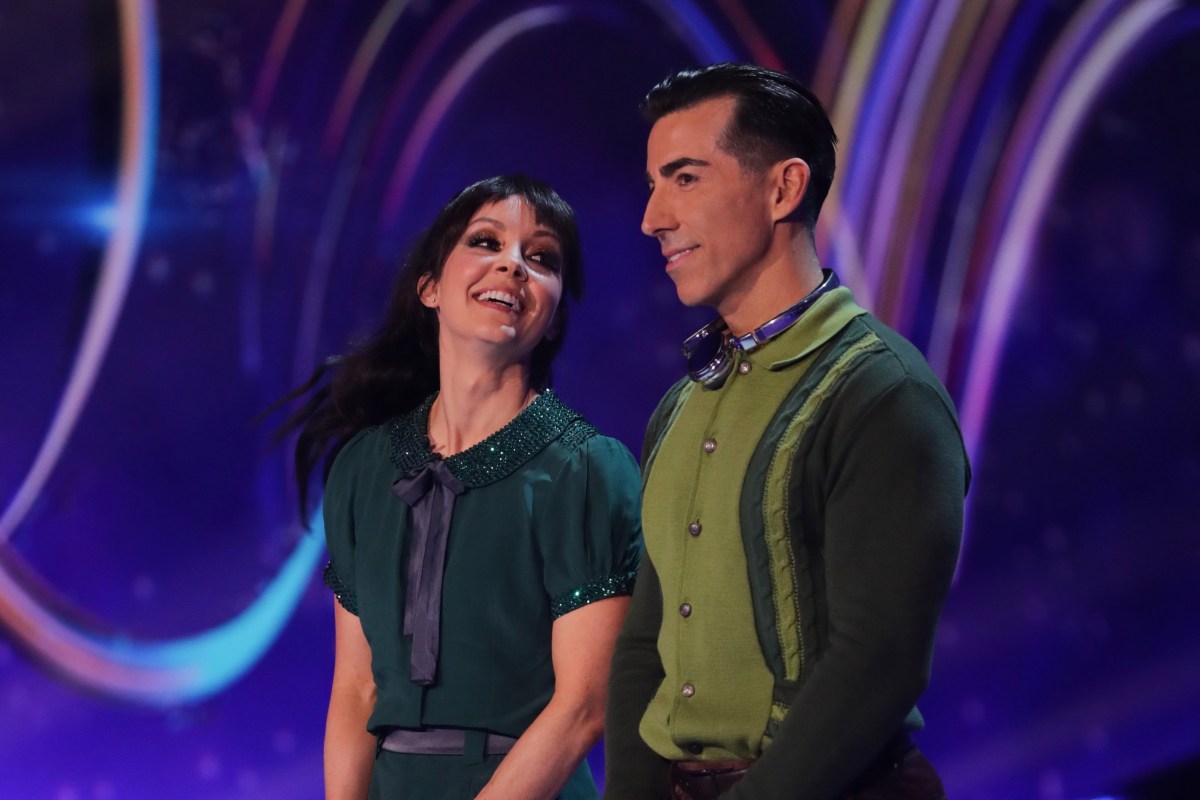 DANCING On Ice is facing a fix row after furious fans have claimed that Stef Reid was undermarked by the judges over the weekend.

The track and field Paralympian took to the ice for the first time last week alongside professional skating partner Andy Buchanan.

Stef, 37, wowed viewers at home as she performed her first routine to KC and the Sunshine Band’s hit Give It Up using a specially-designed prosthetic leg.

Despite having a nasty fall in training, the athlete insisted on taking to the ice to perform the routine for the judging panel.

Sadly, it failed to impress Ashley Banjo, Chistopher Dean, Jayne Torvill and Oti Mabuse – who scored Stef and Andy with six’s across the board.

Boos rang out in the studio as their final score was revealed at 24 out of 40, despite Strictly star Oti, 31, insisting it was “exceptionally inspiring”.

Viewers at home headed to social media to voice their disappointment in agreement with the live studio audience, calling the scores “harsh”.

“I definitely agree with the studio audience that you deserved higher marks,” one fan kicked off the debate on Twitter.

“Stef is incredible and so undermarked tonight,” said a second, as a third wrote: “Undermarked for Stef there. What a nice skate that was.”

“Little harsh on the scores,” a fourth said, as a fifth concluded: “Harsh score for Stef! Her routine was so good.”

Earlier this week, Stef opened up about the horrific moment she lost her foot in a boating accident when she was a teenager.

22 years ago Stef was having fun with her friend and her family while on their travels in the country in North America.

Aged just 15, her life completely changed when she fell off a rubber ring while attached to a boat that was speeding around on a lake.

Recalling the moment it happened, Stef previously told The Mirror: “I was underwater for what felt like a long time and when I finally reached the surface, gasping for breath, I couldn’t feel any pain.

“My first thought was, ‘That was lucky. I’m not going to tell my mum that happened!’ Then I noticed the water around me was red. Everyone on the boat was freaking out and I knew something was wrong.

“Although I couldn’t see my injuries below the water, the propeller had caught me across my right leg, my glutes and lower back. I didn’t know it, but it had almost cut me in half.

“What I did know was there was way too much blood. I had no feeling in my right foot and I thought I was going to die.”

The Dancing on Ice star had to have her right leg below her knee amputated as a result of the accident.

She added: “When I woke up after my operation, I was just thankful to be alive. My surgeon had worked miracles.”

Stef has gone on to have an extremely successful career as an athlete.

She competed for Canada in the 2008 Summer Paralympics in Beijing, winning a bronze medal in the women’s 200 metres.

In 2010 she started representing Great Britain and at the 2012 Games she won three silver medals in the sprint and mid-distance events.