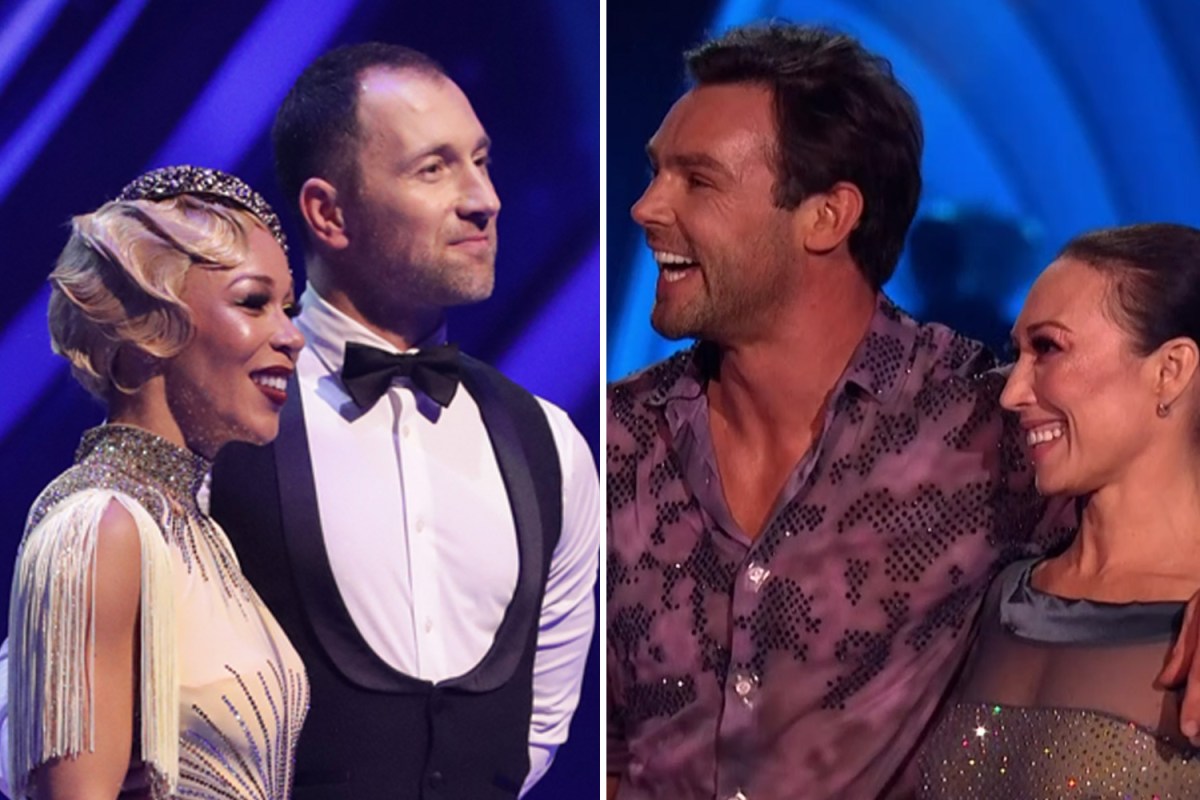 DANCING On Ice’s Ben Foden crashed out of the competition tonight after a tense skate off against Ria Hebden.

The rugby ace became the first celeb to be eliminated from the ITV show after all judges voted to save Loose Women star Ria.

The judging panel scored him 23 out of a possible 40 points, with Jayne Torvill praising him for the “fun” routine.

But he failed to win enough public votes to keep him out of the bottom two.

After a tense skate off, new judge Oti Mabuse told Ben: “I’m going to vote for the couple who took more risks and was enjoyable.”

And Ashley Banjo said: “Well done to both of you, skate offs are never easy but I picked this person for incorporating more elements into the skate.”

Reacting on Twitter, on viewer said: “Disgraceful choice from the judges tonight. Neither were fantastic but at least Ben skated on his own. Think Chris and Jayne are losing the plot…very unfair”

Another person raged: “FIX – seems ITV can’t have one of there own employees go out after week 1 ! Ben was much better – he lead & lifted 🙈 seriously he could have gone far.”

And one more said: “Ria can’t skate without holding her partner quite literally clinging to her partner whilst Ben is lifting his partner such a fix”

Asked whether he had enjoyed his time on the show, Foden said: “I really have. As I have said before, this woman (his partner Robin Johnstone) is so incredible, and it’s the people that make this experience.

“I thought there would be someone who couldn’t skate, but turns out it was me.”