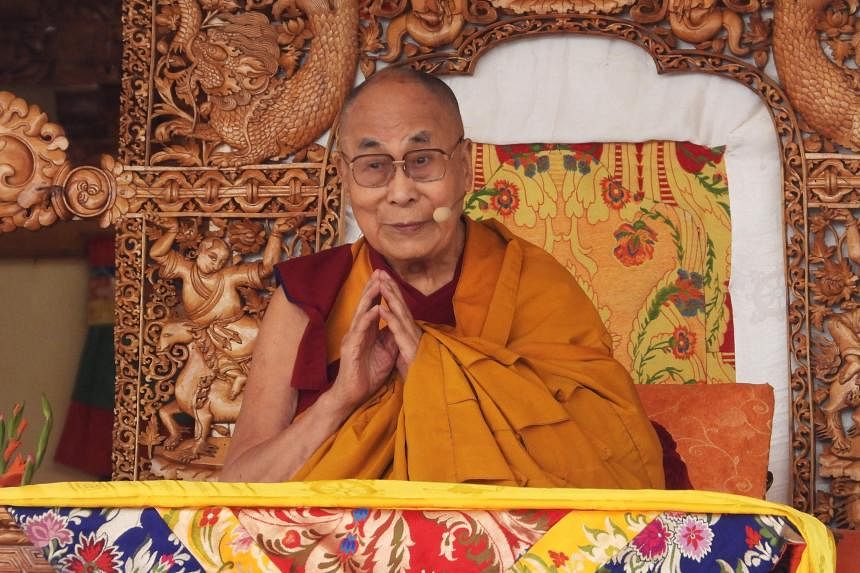 LEH, INDIA (AFP) – The Dalai Lama on Thursday (July 28) asked his followers to be compassionate “despite what China has done to Tibetans”, as he visited India’s remote Ladakh region.

The Tibetan Buddhist spiritual leader is in the cold desert region – which borders China – on his first visit outside the northern Indian city of Dharamshala since the coronavirus pandemic started.

He has been in exile in India since 1951, when a Tibetan uprising against Chinese rule failed.

zgnise the Tibetan government-in-exile there, and New Delhi considers Tibet a part of China.

“Despite what China has done to Tibetans, we should not lose compassion,” the Dalai Lama said at the end of a two-hour long sermon outside the town of Leh.

Tens of thousands of his Buddhist followers from across the sparsely populated region gathered to hear his teachings at the Shewatsel Teaching Ground.

It is the 87-year-old’s first visit to Ladakh since 2019, when New Delhi split the disputed region of Kashmir, carving Ladakh out as a separate territory ruled directly from New Delhi.

Before the changes, he often visited for meditation and delivering religious teachings in the high-altitude Buddhist-majority region that also hosts thousands of Tibetan exiles.

Officials said about 40,000 people, many waving religious flags, attended the sermon, despite it raining.

Hundreds of police and paramilitary troops guarded the ground and all routes leading there, and mobile Internet in the area was cut while Buddhist monks wearing traditional maroon and mustard robes listened to their spiritual leader in rapt attention.

Ms Kanika Tashi, 57, who attended the sermon, told AFP that the Dalai Lama teaches the core of Buddhist afterlife.

“Praying is not useful if our heart is not good,” he said. “Our hearts should be good and we should help each other without harming.”

The world’s two most populous nations redirected tens of thousands of additional troops into the high-altitude Himalayan region after a deadly hand-to-hand battle in June 2020 left at least 20 Indian and four Chinese soldiers dead.

After fighting a full-scale border war in 1962, both sides have accused each other of trying to seize territory along their unofficial divide, which is known as the Line of Actual Control.