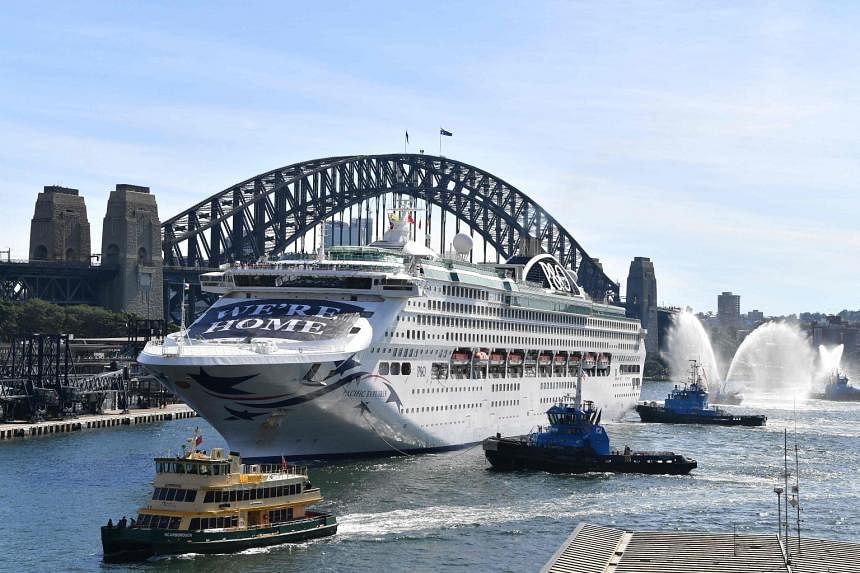 SYDNEY (AFP) – A cruise ship docked in Sydney Harbour on Monday (April 18) for the first time in more than two years, after a 2020 ban sparked by a mass Covid-19 outbreak was lifted.

On a bright morning, the Pacific Explorer made a dramatic entrance, flanked by tugboats spraying plumes of water and with a large banner that read “We’re home” draped across its bow.

Crowds gathered at the base of the Sydney Harbour Bridge to watch the arrival of the ship, which began its 18,000km journey back to Australia nearly a month ago.

International cruise ships were banned from Australian waters in March 2020 after a Covid-19 outbreak that spread from the Ruby Princess ship, which was linked to hundreds of cases of the virus and 28 deaths, many in aged care homes.

The Pacific Explorer and two other cruise ships owned by P&O were moored off the coast of Cyprus for much of the past year waiting for Australia to lift its ban – a reprieve delayed by successive waves of Covid-19.

“We now see the prospect of near normal summer cruise season for 22-23.”

Before the pandemic, some 350 cruise ships travelled to Australia carrying more than 600,000 passengers – making the industry worth A$5.2 billion (S$7.07 billion) to the national economy, according to the Cruise Lines International Association.