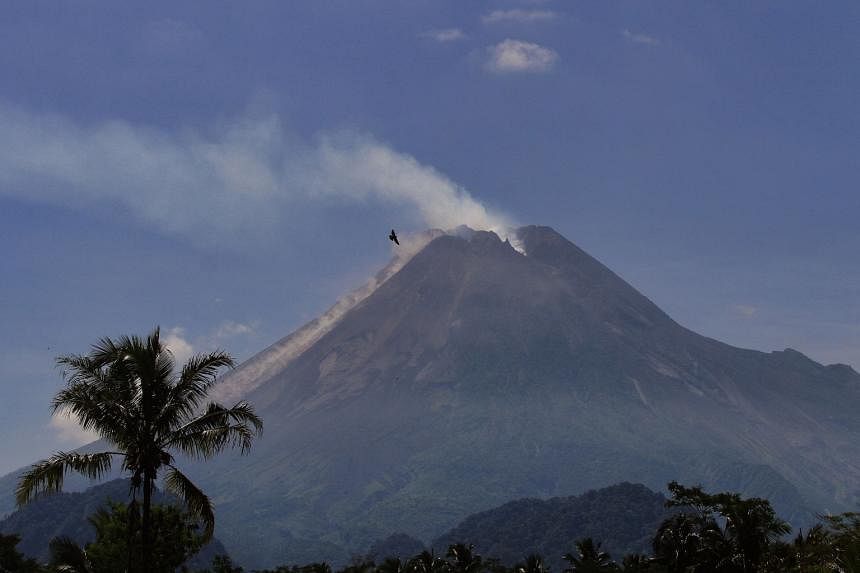 YOGYAKARTA, INDONESIA – Orchids in hand and a bamboo ladder on his shoulder, farmer Musimin scans the forest at the foot of Indonesia’s most active volcano to point out clusters of the indigenous flowers he has been salvaging for years.

The 56-year-old, who goes by one name like many Indonesians, is a self-taught conservationist with no formal background in botanics.

He has dedicated his career to cultivating plants he compares to gemstones, and has been on a one-man mission to save the exotic blooms unique to the land on the outskirts of Yogyakarta on Java island.

His work began after lava and ash ripped through the area from the powerful eruptions of Mount Merapi, the last major one in 2010.

“I remember orchids used to be abundant in the forest,” he said. “Locals from surrounding villages could take any orchids they wanted, and they sold the flowers at nearby tourist destinations.”

But many were destroyed by the ash clouds that fell on the land below the volcano.

So he set about saving their wilting fortunes, over the years building two bamboo greenhouses where he could preserve the most special kinds of orchids.

The volcano killed about 60 people when it erupted in 1994, destroying thousands of hectares of forest.

Another eruption in 2010 left more than 300 dead, while also wreaking havoc on the land.

“The forest near my house was burnt dry and the orchids I used to easily find were gone. I regretted not keeping one or two of them,” said Mr Musimin of the 1994 tragedy.

That encouraged him to join the local government’s effort to find the surviving orchids as he and his neighbours explored what remained.

They managed to revive at least 90 varieties of orchids that would also end up surviving the 2010 eruption, he said.

Now Mr Musimin mostly works alone and wants those who enter the forest to leave the orchids to blossom instead of trying to profit from them.

“A lot of people now choose to pick and sell orchids from the forest. I personally think the orchids are better off in their habitat, where they can live as the crowns of the forest,” he said.