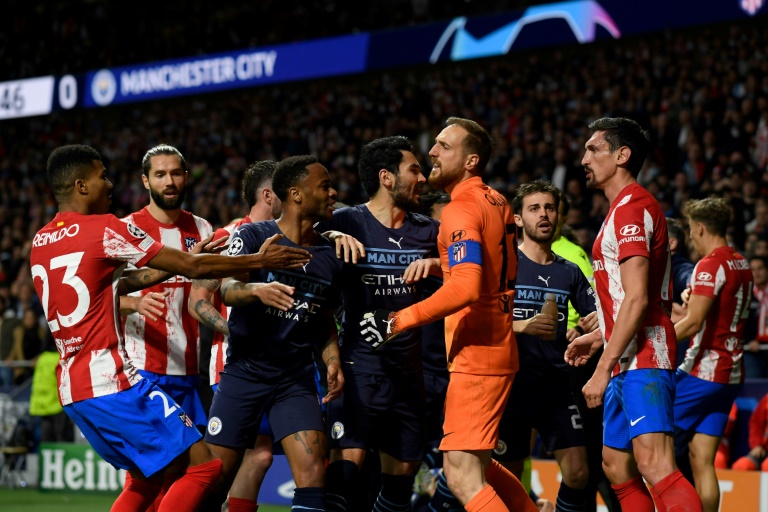 It was not a magical UEFA Champions League evening on Wednesday, as the second leg of the quarter-final encounter between Atletico Madrid and Manchester City ended in some embarrassing scenes for both sides. The tie was won by the English side 1-0 on aggregate, but both clubs have a lot of be embarrassed about following the brawl that took place in the closing stages of the match.

With the match remaining goalless, Atletico Madrid players started becoming agitated after Manchester City players appeared to be actively wasting time in order to take advantage of their 1-0 lead from the first leg. With time running out, tempers flared and a four-minute brawl ensued. Cards were handed out and the match resumed, but fighting continued into the tunnel after the final whistle was blown.

As expected, criticism for both sides are being thrown from every direction. British pundits are understandably throwing shade at the Spanish side, despite the fact that Manchester City players and staff actively participated in the violence as well.

Manchester United legend Rio Ferdinand started with some praise for Diego Simeone’s side saying, “You have to say, if talking about football, well done to Atletico Madrid, as they made Manchester City play in a way we haven’t seen for a long time. They took them out of their rhythm and their stride.” He then added, “But some of the stuff towards the end was not what you want to see on a football pitch. It was distasteful behaviour from the Atletico players. They should be embarrassed with some of the antics they have gone on with.”

Owen Hargreaves praised City players for their “class,” although Jack Grealish was seen arguing with Stefan Savic all the way into the tunnel. City right-back Kyle Walker was also one of the main instigators in the tunnel brawl, after appearing to push Atletico Madrid’s physio David Lora. Meanwhile, Sime Vrsaljko went to the physio’s defence, and had to be held back from Walker and Liam Delap.

The video has been making rounds on social media, with fans from both sides also engaging in their own online debate.