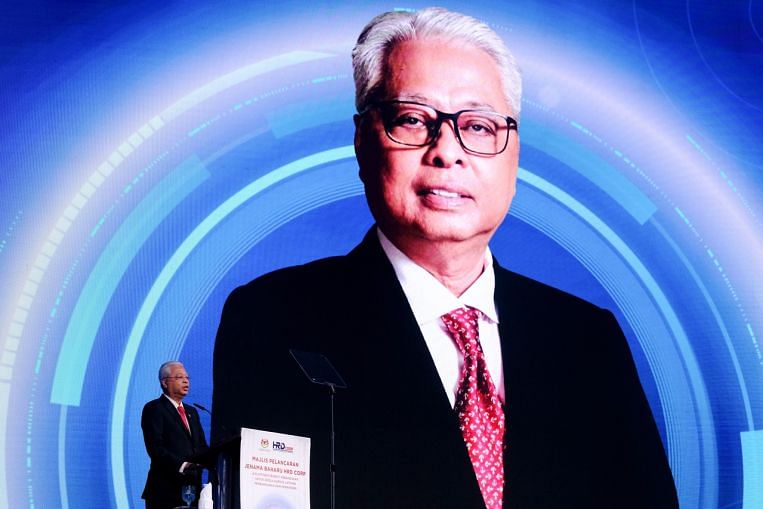 KUALA LUMPUR – Malaysia’s government has again been accused of double standards in enforcing Covid-19 curbs, after an event it organised flouted safety protocols but only attracted a fine of RM1,000 (S$324).

The four-day event at the Kuala Lumpur Convention Centre was launched by Prime Minister Ismail Sabri Yaakob last Thursday (Dec 9) and held to mark his government’s achievements in its first 100 days. Thousands of people are believed to have thronged the celebration.

Critics from across the political divide as well as civil society compared the penalty to the fines of up to RM20,000 levied during last month’s Melaka state polls where physical campaigning was barred and the millions imposed on illegal parties in the capital.

“Is pushing up the number of of Covid-19 cases part of the KPI (key performance index) for the next 100 days?” said Malaysian Medical Association president Koh Kar Chai.

Opposition stalwart Lim Kit Siang also pilloried the “chicken-feed” fine which he said “highlights the total lack of seriousness” of the government in fighting the pandemic.

Infection levels have generally stayed above 4,000 cases daily for the past seven months. On Sunday, new cases dipped to 3,490, the first time they have fallen under 4,000 since May.

“And yet, Ismail Sabri could give a score of 90 per cent for the Cabinet’s 100-day performance, making Malaysia the new target of world jokes and humiliation,” said Mr Lim, who is MP for Iskandar Puteri.

Health minister Khairy Jamaluddin has criticised the unit in the Prime Minister’s Department that organised the event, noting the “congested situation, lack of physical distancing and poor crowd control increased the risk of Covid-19 spreading,” he said.

“The event… was tarnished by the organiser’s failure to ensure SOP adherence. As the government, we should be examples of best practices,” Mr Khairy said, referring to standard operating procedures.

Nevertheless, he pointed out in a statement Friday that his ministry no longer had the power to issue fines exceeding RM1,000 each. This was due to the revocation of emergency ordinances in Parliament just the day before the event. The state of emergency was imposed from January to August by former premier Muhyiddin Yassin, under whom Datuk Seri Ismail served as a senior minister and then deputy PM.

However, police had raided a Kuala Lumpur nightclub on Thursday night and issued a total of RM245,000 in fines, including a RM25,000 fine on the owner of the premise.

An aide to the health minister responded to queries on that penalty, saying “enforcement action and compounds issued are by police. You may check with them.”

Even members of Mr Ismail’s Cabinet had fumed over the government’s inconsistent measures.

“There was no physical distancing at all as people packed the hall,” said Human Resources Minister Saravanan Murugan on Thursday. “If this event can take place, surely Thaipusam will also take place.”

The Malaysian Indian Congress deputy president was referring to Unity Minister Halimah Sadique’s response in Parliament that customary chariot processions for the Hindu festival in January would be barred due to fears over the Omicron variant of the virus.

On Saturday Datuk Seri Saravanan told reporters that the prime minister had agreed the Thaipusam procession and other rituals such as carrying the kavadi would be allowed, with standard operating procedures to be finalised.