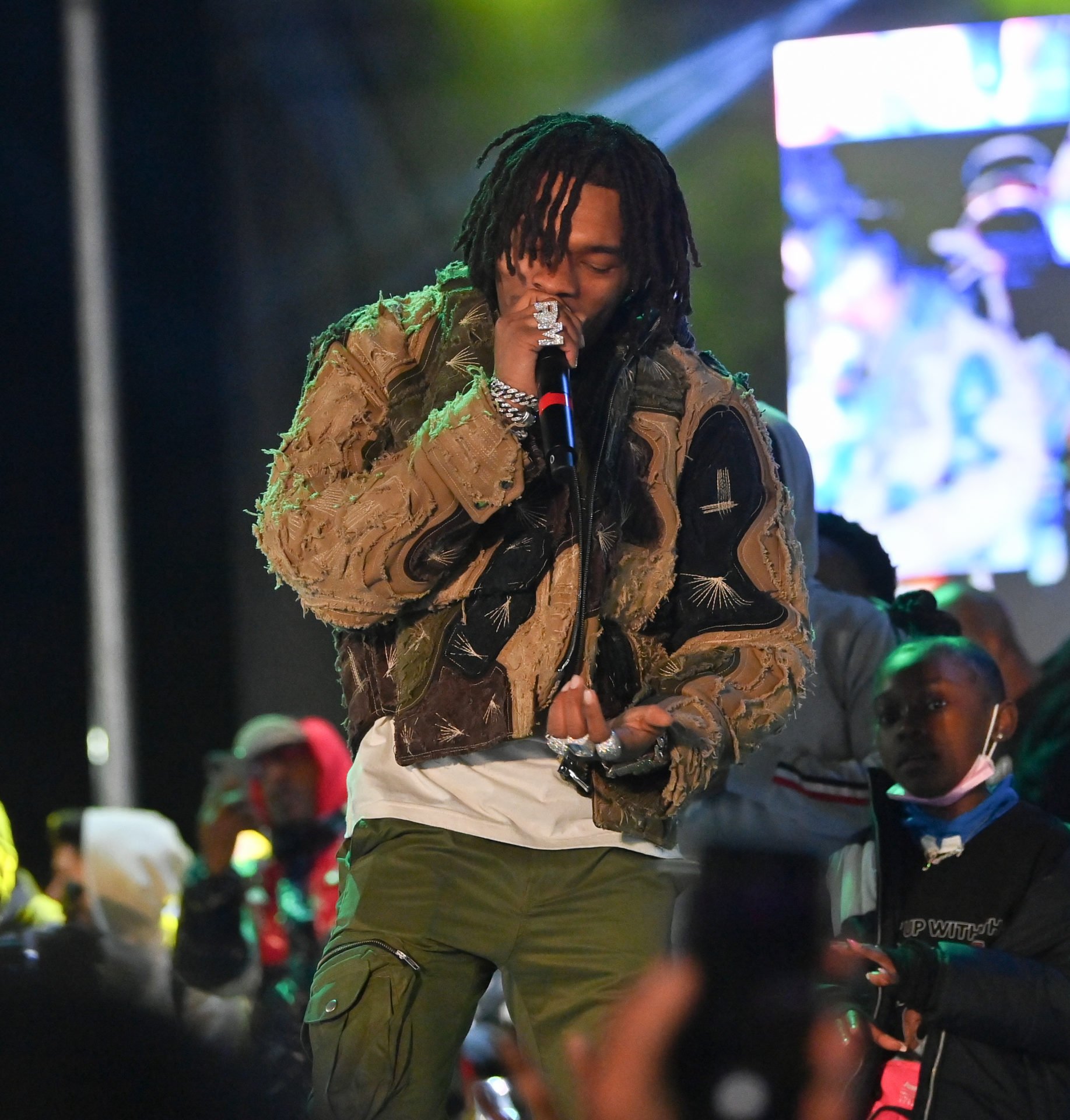 Verzuz is one of the most anticipated events of the rap world. Word has it that DaBaby and Lil Baby will face off against each other in a battle in January 2022.

The last Verzuz battle between Bone Thugs-N-Harmony and Three 6 Mafia was one of a kind. The episode was only available to watch live and wasn’t replayed after it was concluded. Fans went on to brand it as one of the “best” Verzuz battles of all time.

So, here’s what we know about DaBaby and Lil Baby possibly battling each other.

Will there be a DaBaby vs Lil Baby Verzuz?

An unverified poster of the two rappers indicating a Verzuz battle is what led to all the rumors on social.

The poster that’s making rounds on Twitter shows DaBaby and Lil Baby’s faces beside each other and reads on the top “Verzuz TV” and “January 1”.

Please note, the above poster is being circulated by unverified parties on social media and it wasn’t shared by Verzuz.

Therefore, until it’s confirmed, we can only brush these pff as speculations. However, fans would love to see the two rappers battle it out on stage.

Who will win the battle, according to fans?

It remains to be seen if a Verzuz battle is ever happening between DaBaby and Lil Baby, but fans have already picked sides.

For a long time, Reddit users have been debating the winner of a Lil Baby vs DaBaby rap battle.

One of the comments read, “When DaBaby first started poppin, I thought he was going to be really good. But he hasn’t evolved very much and a lot of his songs sound pretty similar. Lil Baby has grown a lot since he started and I personally think he is much better at this point.”

Adding to the above comment, one user with a similar opinion said, “Both are ok, but Lil Baby has the best chance to become a rap legend like Future. Lil Baby did drop an AOTY contender. DaBaby and Lil Baby are both relatively new, so opinions can change over time.”

The talks surrounding Lil Baby and DaBaby’s Verzuz battle have got a lot of attention for obvious reasons. Fans have expressed varied thoughts about the same.

One fan who seems eager to watch them battle wrote, “This @[email protected] about be fire”

Another Twitter user who isn’t ready to believe the rumors said, “Lil Baby vs DaBaby I know they joking”

“Are they really doing a vs for lilbaby and dababy?That’s….. idk lol,” tweeted another.

In other news, Are there Jackals in Britain and why did they disappear from Europe?